Are there any places to snorkel in Auckland?

Are there any good places to snorkel on my own in Auckland?

By "my own" I mean getting my own equipment and going to the place without needing a boat. Sorry for the lack of a better term.

Russel's answer has an important reminder that I didn't think by the time I was creating this question, because I was thinking about my case: there is no such thing as safe snorkelling alone.

We are a group of experienced divers and by "my own" means that we want to get to the place without needing to hire anyone to take us there. Since we don't have a boat, I was asking for places reachable by land. I wouldn't go only by myself and I suggest that no one does.

See "standard warning" at end re the inadvisability of snorkelling alone.

It depends on what you want to see and do, but a brief answer is
"almost anywhere that you see sea-water.

Auckland is not renowned for its water clarity, but it can still be fun (speaking from personal experience). You'd want to stay away from the sewage ponds at Mangere, and some of the major creeks/streams that drain storm water from industrial areas.

I've never done it, but the old explosives wharf - now just Map - Orakei Wharf - zoom out to see where you are - would be fun foir snorkelling. There MAY be a "no swimming" requirement - but probably not. I've fished there, but never swum.

Map - Great Barrier Island is an utter gem. Several hour ferry ride so not zero $ but it's a completely different world. Beaches and hidden spots with few people (and a few very strange ones :-) ).

An utterly superb summer venue (good also in winter but colder) is "Goat Island Bay" a few hours by bus North of Auckland, but worth the trip. Transport may require some ingenuity - but to get a bus most of the way for $NZ1 see below "The Naked Bus".
"Goat Island Bay" is the site of a university marine research station and also a marine reserve where all marine wildlife is protected. I snorkelled there some years ago and have never seen so many fish anywhere else in NZ. This may not always be what happens and things may have changed in more recent years, but you can inquire re the latest situation.

The Naked Bus Company provides a bus service which covers much of New Zealand (both main islands) and which can cost as little as $1 full fare IF you book far enough ahead. As the date gets closer prices rise, but are usually still reasonable. A ride to Warkworth (near GIB) in March is still $1 on some days at some times. On March 8th you can catch an Auckland To Wellington bus for $9.99 - IF you book now. Interestingly - on May 8th it's $19.99

Standard warning - which will be ignored:

Waitemata harbour (East/right) is bearable for swimming. Sometimes Orca come in past the harbour bridge ! Rare. 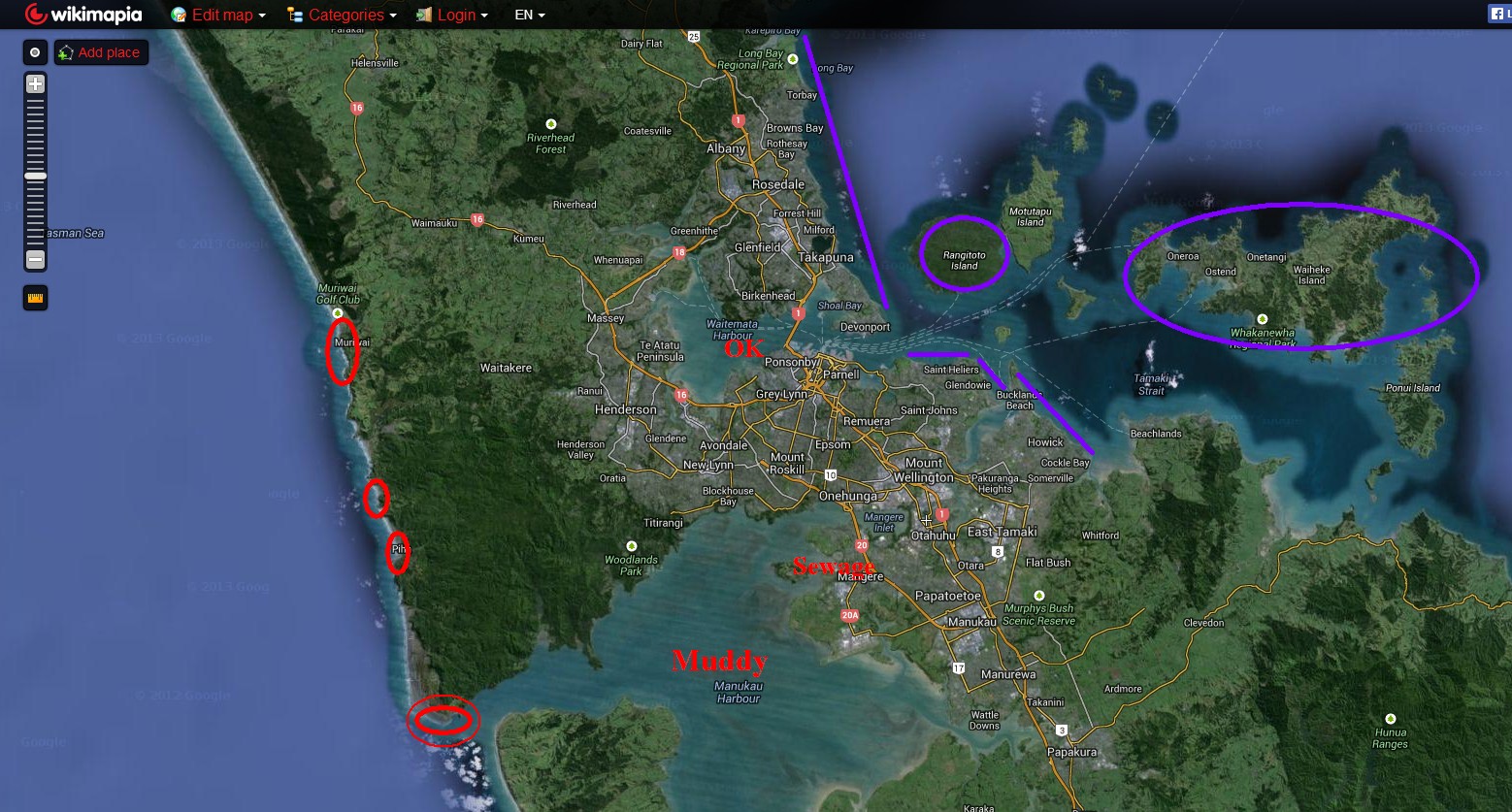 Not the answer you're looking for? Browse other questions tagged new-zealand diving auckland or ask your own question.