Which side of the plane to sit on an Auckland (AKL) to Queenstown (ZQN) flight?

Which side of the plane gives you more scenic views when flying from Auckland, New Zealand (AKL) to Queenstown, New Zealand (ZQN) (and back).

Oh this is mine.

Firstly, you'll want the flight path. This is available online, provided they stick to it.

Others online suggest the left. This is correct. I'll now explain why.

As you can see from the map, you fly over water a bit, down the coast. The only visible land is to your left. So initially, you definitely want the left.

Then you'll cross over part of the Taranaki coast out by New Plymouth. If you're lucky, you'll have a clear view of Mt Taranaki / Egmont. 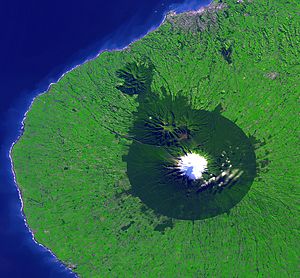 If it passes slightly more inland, to your LEFT again, you may have a view of volcanoes Ruapehu (erupted in 1997) Ngauruhoe and Tongariro. You may recognise Mt Doom from Lord of the Rings ;) 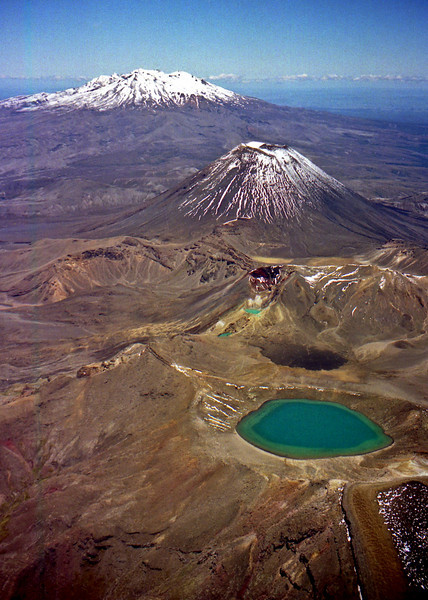 Further south you may get a glimpse of Wellington, before crossing Cook Strait and seeing the beautiful Marlborough Sounds, or if slightly further west - Golden Bay and Farewell Spit.

Then the best part starts - the South Island and the imposing Southern Alps. There's some snow at all times of the year, but it doesn't matter when - they're stunning to see and fly over. 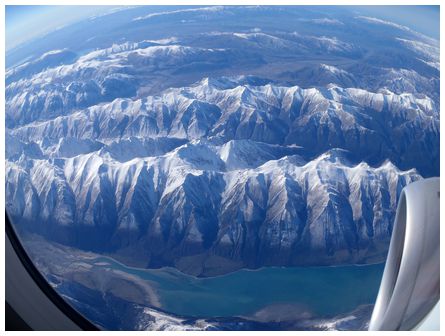 You'll also get to see the amazing lakes - Tekapo, Pukaki, Hawea and Wanaka, and finally Wakatipu - the lake alongside the alpine city of Queenstown. With the Remarkables range in the background, this setting is spectacular, and initially the left side is best, although the plane will then turn in towards the airport. 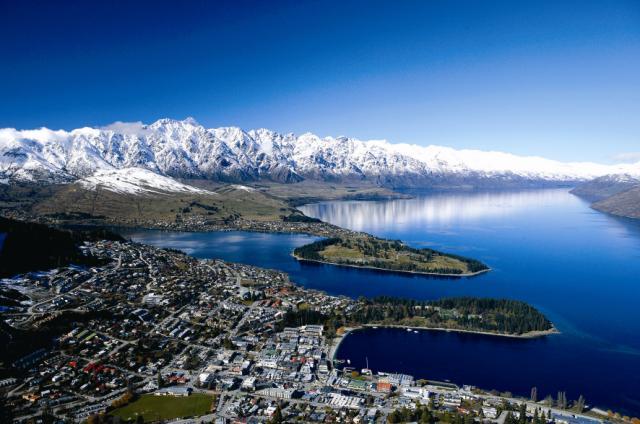 And then you'll have the final approach. One of the most amazing approaches you'll ever do by air - flying between the mountains (with no radar, btw) and down to the little airport, 10 min outside of Queenstown. At this point LEFT or RIGHT is fine - it's spectacular both ways, and the plane usually circles once before going in. 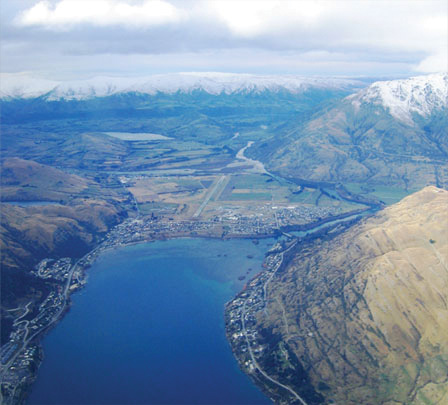 And naturally, flying back up to Auckland, you'll want to sit on the right hand side for this scenery. However for the South Island part, either side is spectacular - it's just the North Island that the left pretty much just looks over ocean...

To answer my own question I sat on the same side of the plane there and back which would have given me a full picture (well, not really as path there and back is slightly different). Unfortunately, clouds were covering most of the view on the way back so I'll only show pictures of flying (with Jetstar) TO Queenstown and sitting on the RIGHT.

Just took off from Auckland airport and turning west: 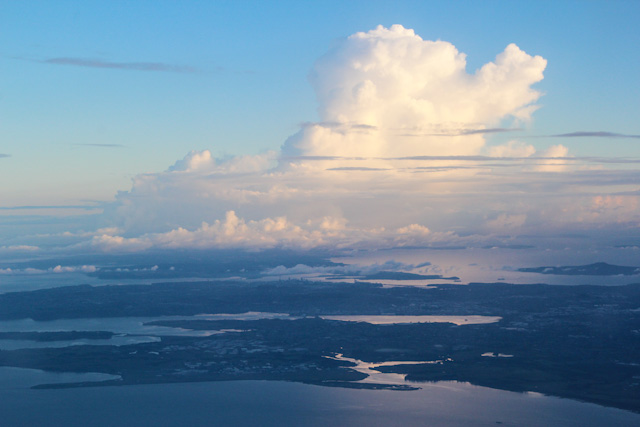 You would be able to see the Sky Tower, the harbour bridge, Rangitoto and other landmarks.

Then for the next 30-40 mins all you can see is an ocean (people sitting on the left were probably seeing Tongariro and Mt Taranaki).

Then you enter South Island. Farewell split and Marlborough sounds are seen from the left, however after a period of time plane's path is slightly to the east of Southern Alps so you get a great overview of them from the right (I think left side would be mostly plains and several hydrolakes).

Hills on the north of South island (Westport area): 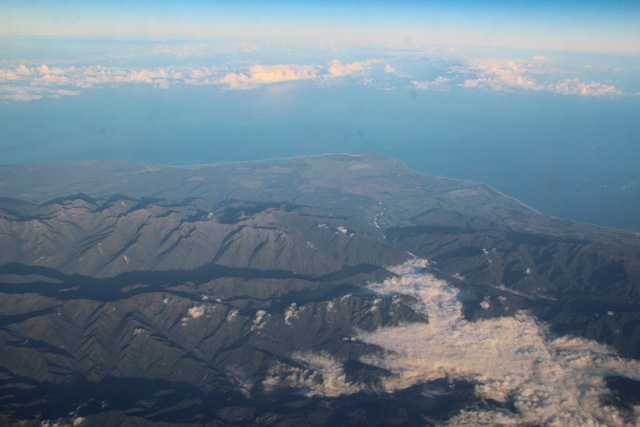 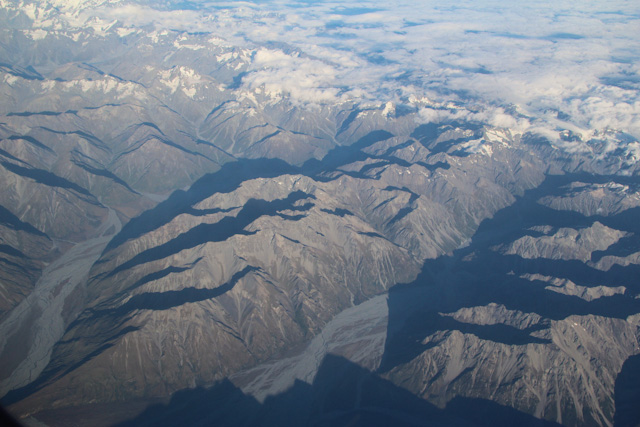 There were hardly any snow as we were flying in the end of summer. 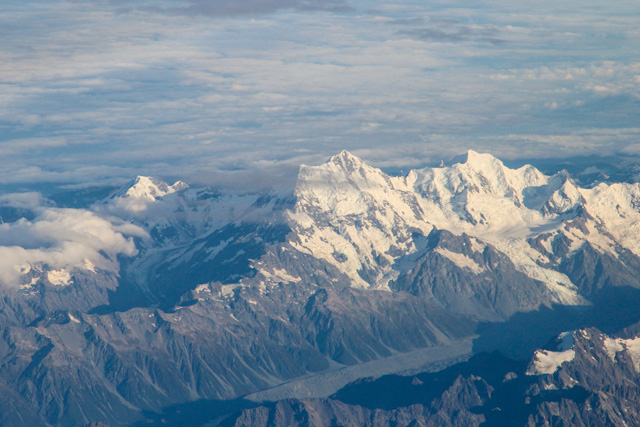 Lake Pukaki and Mt Cook. Note that this really is the lake's natural color. 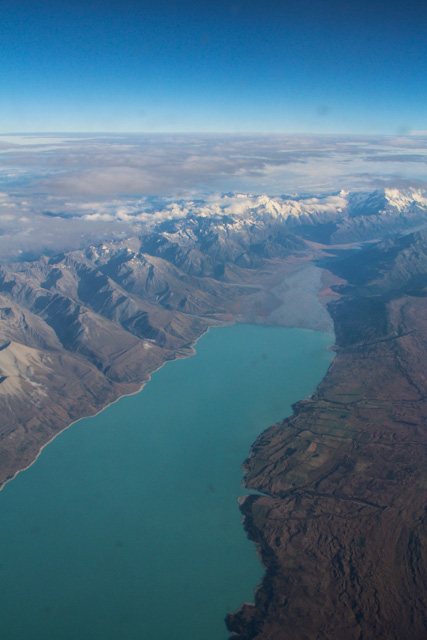 More of lakes and mountains: 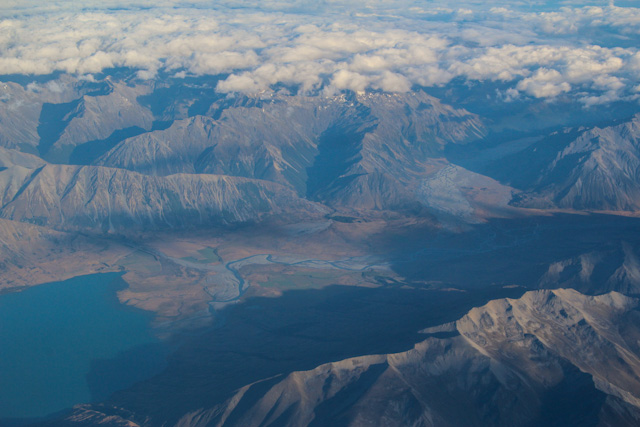 Lake Wanaka (for a day I thought it was the most scenic place in New Zealand, however the next day we got to Queenstown which was just unreal). 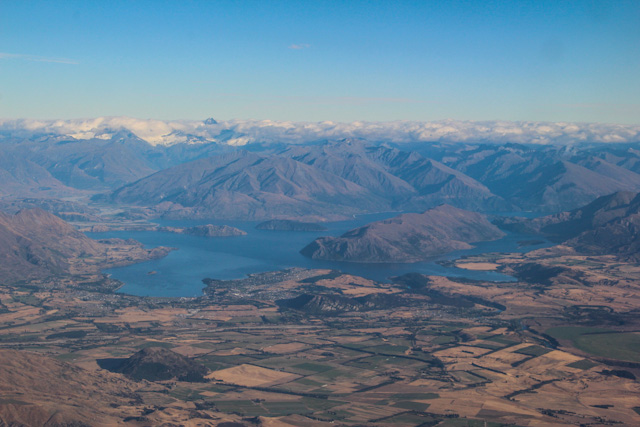 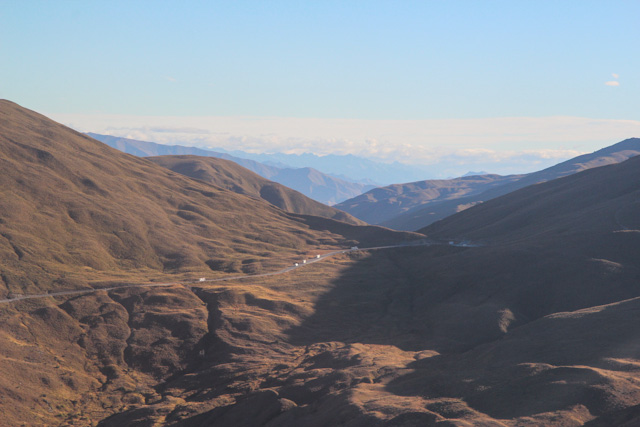 On the picture above there're 7 motorhomes climing up the road (and it wasn't even 9am yet!). 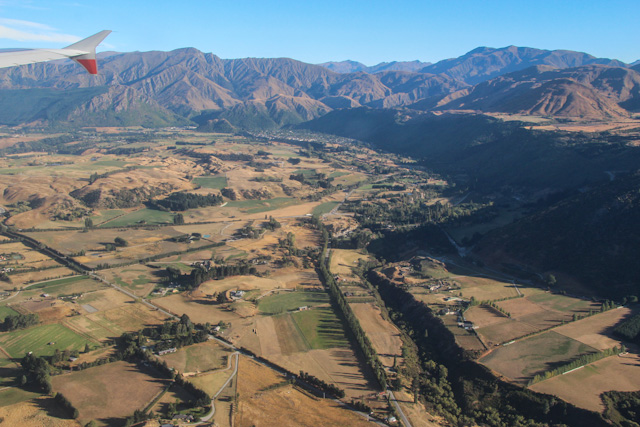 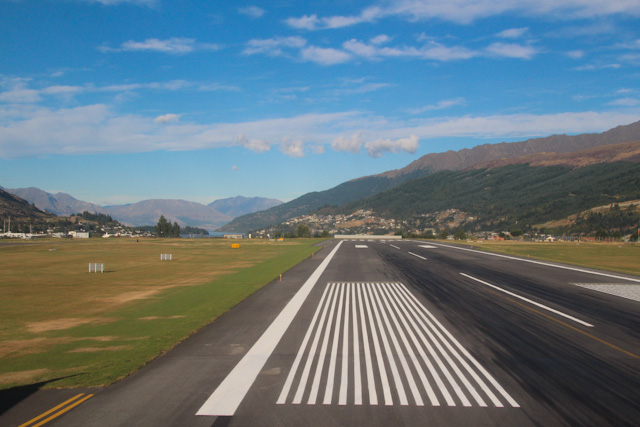 So, left side view could be very scenic as other people suggest but I couldn't complain either.

Not the answer you're looking for? Browse other questions tagged air-travel new-zealand auckland queenstown zqn or ask your own question.

4
Connecting to domestic flight in Auckland (AKL), do I have to re-check-in my luggage?

3
When is the best day and time to buy tickets at Qantas?
3
Are airport security and check-in times from the US applicable to Australia and New Zealand?
6
Petrol prices in New Zealand
8
What's a good location to stargaze in Auckland?
4
Connecting to domestic flight in Auckland (AKL), do I have to re-check-in my luggage?
2
Flying together but parting ways later on.
4
Online booking for flight spanning multiple carriers?
5
Which Side of the Plane has the best view of the Seychelles at SEZ?