Can I transit Germany to Spain with a spain entry visa? (Not Schengen)

I have a complicated situation. I am in Canada now with tourist visa and Iranian passport. I have a letter from government of Spain that let me enter to Spain territory in order to get my Spain residency card.

I want to know, can I get a flight from Canada to Spain trough Germany? (Lufthansa) Transit in Frankfurt 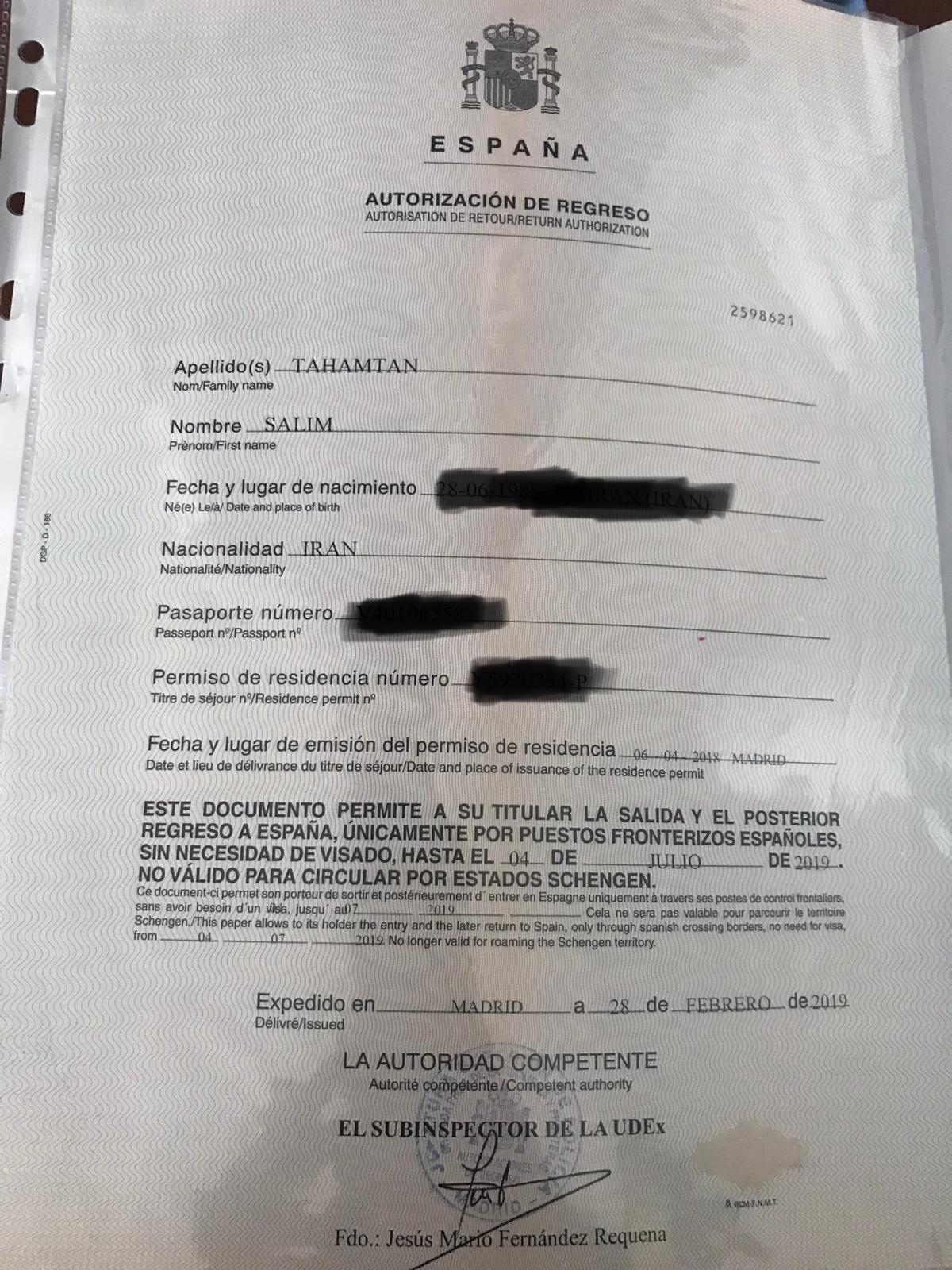 Posting the document was very helpful. For additional protection of your identity, I would suggest that you also blank out your name and the serial number at the top of the document.

[my translation] THIS DOCUMENT ALLOWS ITS HOLDER TO EXIT AND SUBSEQUENTLY RETURN TO SPAIN, ONLY BY SPANISH BORDER POSTS, WITHOUT NEED OF VISA, UNTIL 4 JULY 2019. NOT VALID FOR TRAVELING THROUGH SCHENGEN STATES.

The rule stated on the document is clear: You cannot use it to travel through any other Schengen countries, such as Germany. You must use the document to return to Spain via its own border control, meaning a direct entry to Spain from a non-Schengen country. Various flights from Canada to Spain pass through other non-Schengen countries (such as the US, UK, or Ireland); however, those countries have their own visa requirements for citizens of Iran, even for transit. Therefore, the clear solution is to get a nonstop flight from Canada to Spain.

Lufthansa has a codesharing arrangement with Air Canada, so you might be able to change your existing ticket to a nonstop flight, rather than having to buy a whole new ticket.

EDIT: I notice the document has its own translation of the above rule into English, saying "This paper allows to its holder the entry and the later return to Spain, only through spanish crossing borders, no need for visa, from 04 07 2019 No longer valid for roaming the Schengen territory." This unclear English might lead you to think it was valid for all of Schengen before 4 July, but it is simply a poor translation. The rule in Spanish and the translation in French are clear that the document is never valid for other travel in Schengen.

Generally, if you arrive in Germany on an international flight, and want to continue on a flight within the Schengen zone (which a flight Germany-Spain is), you have to enter Schengen and you need a proper entry document for that. If the document for Spain doesn't allow entry to other Schengen countries, and you don't fulfill visa-free requirements, you need to obtain a proper Schengen visa (note that in your case it's not a transit, thus a transit visa would not be enough).

Second alternative is to book a direct flight to Spain without connections in other Schengen countries. Air Canada for example flies from Toronto to Barcelona (probably also from other Canadian airports).

Not the answer you're looking for? Browse other questions tagged transit germany spain eu iranian-citizens or ask your own question.

1
Transit visa for an adult and infant (MIA-ZRH-FRA-IKA)
8
Which consulate should issue me a Schengen visa if I transit through several Schengen states?
3
Can I get to Germany from Norway with a single entry Schengen visa while having a flight transit in UK?
3
Can I transit through Germany with an unused Schengen-visa issued by Spain?
9
Do I need a visa to transit between German cities when I have a U.S. visa?
7
Can one fly to Iran with an expired passport and a Canadian permanent resident document?
16
Germany rejected my entry to Schengen countries
1
Do I have to get a transit visa for Spain ? I'm travelling to Switzerland
2
Transit in FRA (flight from non-Schengen to non-Schengen), COVID test required or not?