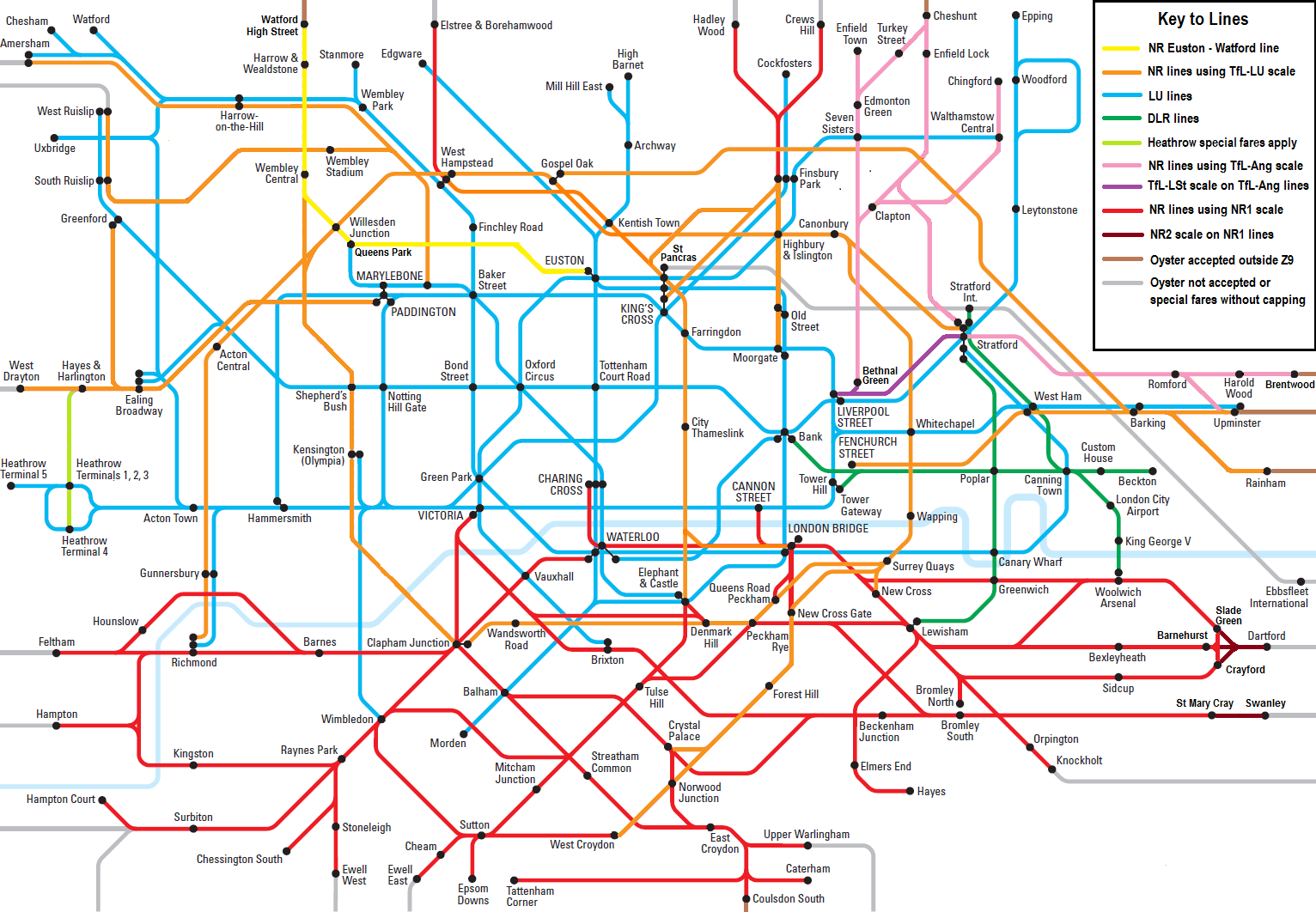 17
Is an OysterCard worth it for occasional 1-day visits from outside London?
43
Are there still any advantages to using an Oyster card for travel in London?
7
Railcard and Oyster card for traveling in London/England
9
Extending Oyster card trip outside the Oyster card validity zones with valid ticket outside zones and without changing trains?
3
How does oyster card work with child fare (example)
1
Oyster Caps - Zone 1-2 Cappted travel with Single Ticket ontop
11
Travelling partially on oyster card, partially on a train ticket for the same journey to save money?
1
How accurate are the route annotations for alternative fares in TfL's Single Fare Finder?
3
Extending 7 day London Oyster card for extra zones
1
How are London zones calculated?