Do any of the convenience store chains in Taiwan offer free Wi-Fi?

Here in Taipei there's more cafes than ever and most have free Wi-Fi, and of course accommodation always has free Wi-Fi too. So I don't bother spending money for Wi-Fi access.

There do seem to be a bunch of wireless internet that have Wi-Fi signals all over the place that you would buy a membership for and then access at any of their hotspots. It seems that in convenience stores you typically pick up several of those signals.

Sometimes I wish I could quickly double check something on Google when my offline map isn't up to snuff. Looking for a hostel or Airbnb at short notice when arriving in a new town would be another use case. But the English is often poor or absent on the gateway pages that pop up when you connect to these signals, and connecting to each one in turn and trying to figure it out can chew through device batteries faster than normal use.

Might sometimes one of the signals actually be a free one provided by the convenience store chain, perhaps offering ten minutes free or similar, as I've experienced elsewhere?

Does anyone know if any of the many convenience store chains here have free Wi-Fi even for a short time?

Yes, 7-Eleven and FamilyMart both do, but since they're both so hard to use in English, I'll tell you about another service I found that is not tied to a convenience store chain first.

I haven't worked out the specifics yet but at least on the west coast at least from Lukang (鹿港) in the north to at least Kaohsiung (高雄) in the south I've very often found a free Wi-Fi signal called .1.Free Wi-Fi.

I was connected to it when I wrote the first draft of this answer: 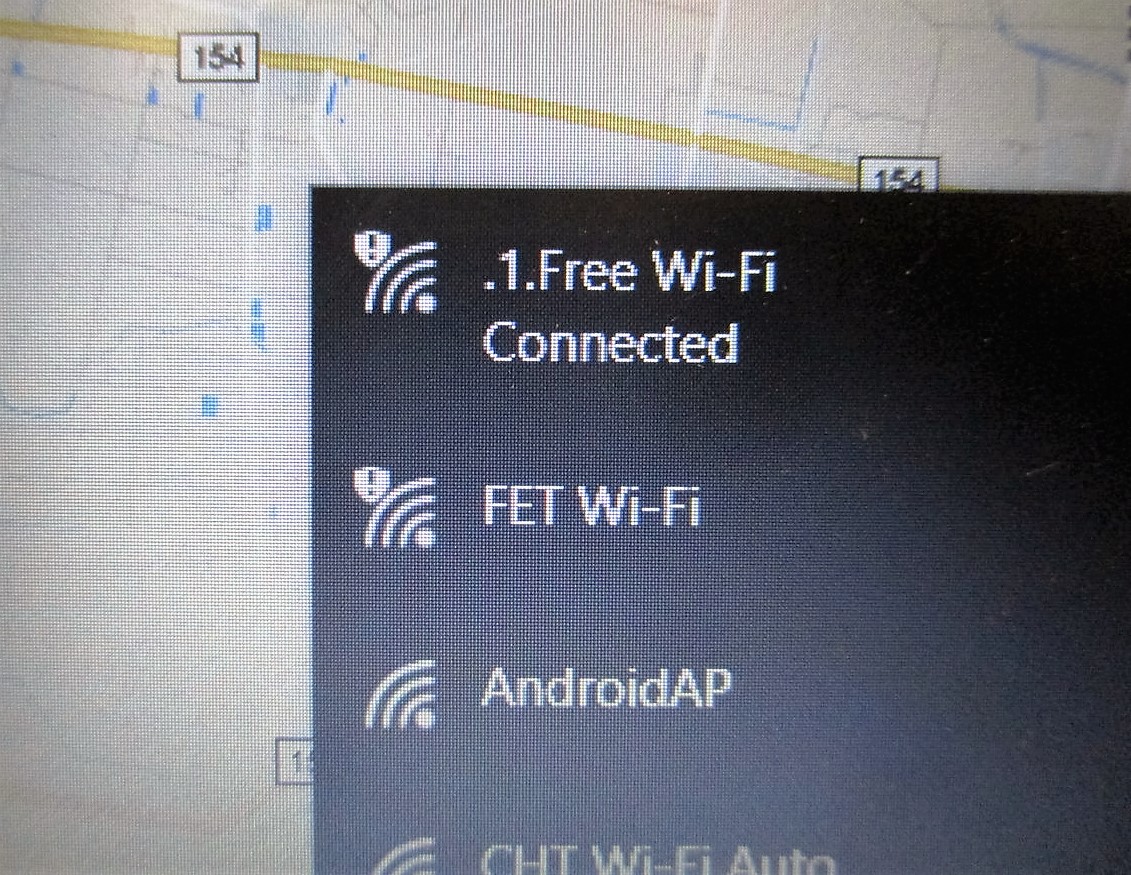 I found their logo on a phone booth in Chiayi city: 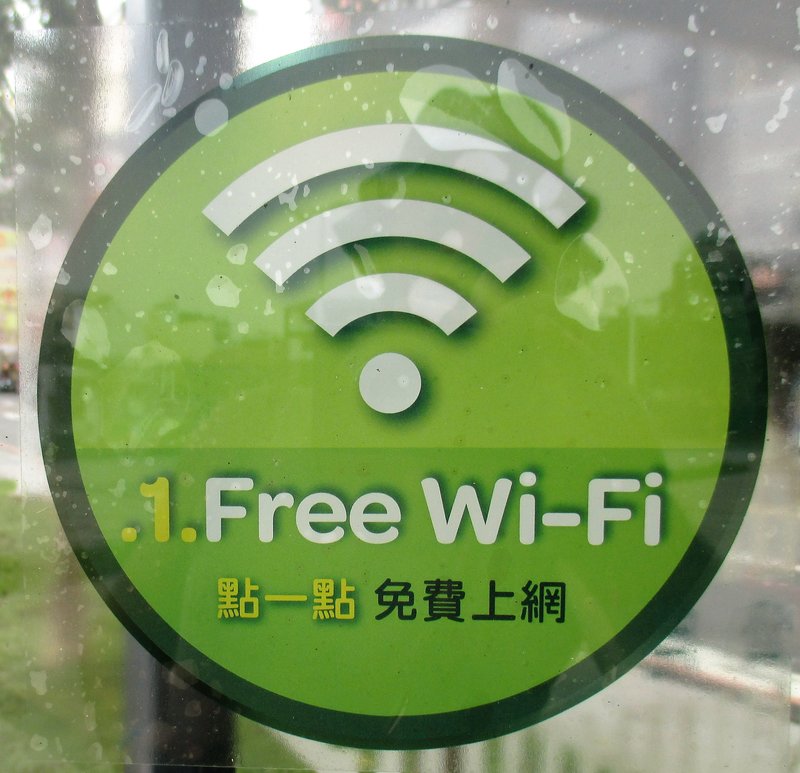 I have found these signals in big cities and small towns and perhaps even isolated villages with a convenience store, but I'm not positive yet. The signals are common but they are not everywhere. In a city you can try wandering around a street or two until you get a strong signal. In a smaller place you might not get one at all. They are not tied to convenience stores.

Usually I have to click on an image to start it working and from time to time I would get redirected to an ad in Chinese and just click on the image again: 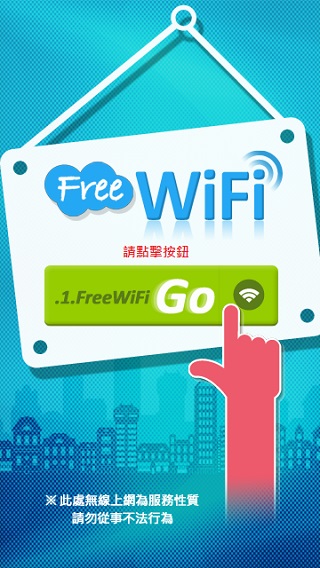 But at one place I just got an open connection and did not have to do anything special at all for it to work.

I finally managed to find their website but it's only in Chinese and Google Translating it doesn't tell me very much. It's a product of a company called "OPEN LiFE". The Chinese name is 點一點免費上網 (diǎn-yī-diǎn miǎnfèi shàngwǎng) "little-by-little free online".

There is also a less common competitor which I've only found a couple of times, but works it much the same way. It's called YO!

Although I eventually found this ad in English, I have not so far figured out how to actually sign up or log in for this free Wi-Fi in a 7-Eleven yet.

The log in page is only in Chinese and some of the text is images so even if you manage to get Google Translate to work, you still not not be able to figure out how to get it to work.

Until I found this ad I assumed it must only work with a phone sending you some code via SMS, and not with a tablet or laptop. But apparently it requires your passport and visa.

The service is available for 3 times daily, 30 minutes each. 7 days for free

Unfortunately, not only are their sign-up and log-in pages only in Chinese, but I also can't find any kind of official word from the company in English that it exists.

Not the answer you're looking for? Browse other questions tagged budget taiwan wifi or ask your own question.

9
How can a non-Chinese-speaking traveller use the free Wi-Fi in 7-Elevens in Taiwan?

7
Are there any airlines that offer WLAN?
19
Finding public toilets in Taiwan
2
I'm a Vietnamese citizen traveling to Taiwan with a valid US visa. Can I enter Taiwan visa-free if the US visa will expire during my stay?
10
Do any hotel chains do something like a Europe Pass? Like the Eurail pass, but for hotels
9
How can a non-Chinese-speaking traveller use the free Wi-Fi in 7-Elevens in Taiwan?
16
In Taiwan, do ATMs in convenience stores (7-Eleven, FamilyMart) charge higher fees than ATMs at banks?
4
Which are the cheapest supermarket chains in Cambodia?
5
Where is free Wi-Fi reliably available in Japan besides Lawson convenience stores?
3
Is there any free WiFi network available at the HZMB (Hong Kong–Zhuhai–Macau Bridge Macau Port?
7
Self-service hotels/hotel chains around the world?