I am trying to book one-way tickets on BOA on Jan 13 2015 from La Paz (LBP) to Buenos Aires (EZE) from their website.

Their website asks me to make a choice between 7(!) different tariff codes - they are SSEEOB, QEEOB, TMEEOB, VEEOB, HEEOB, BEEOB, YOW. The prices are different for every tariff, but other than that I cannot see any obvious difference and there is no explanation available. Also I am unable to find anything useful on their website

Could anyone from Bolivia or familiar with BOA explain what is going on there and what choice am I supposed to make? 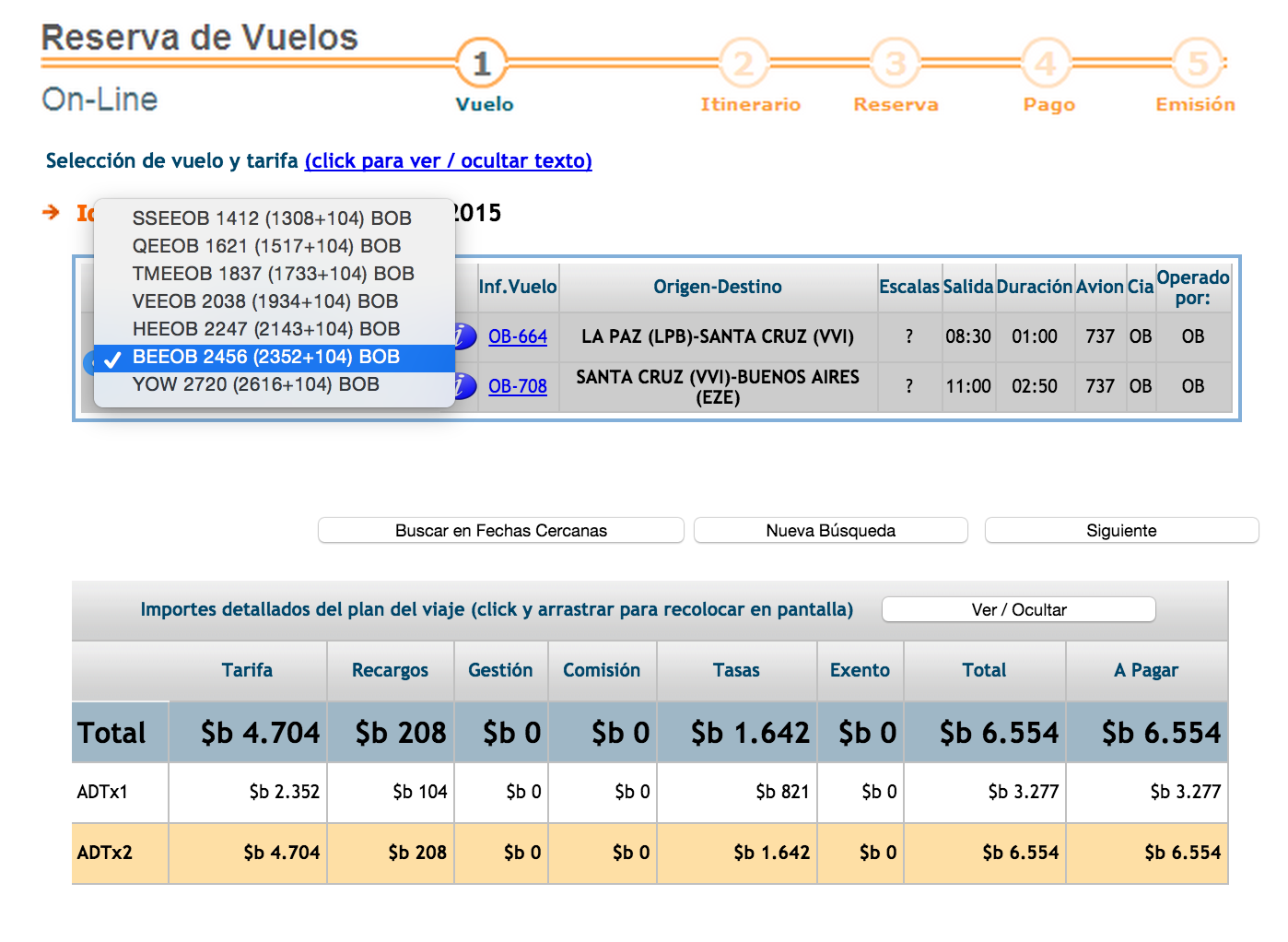 So it seems to be "pick your own discount" type of thing. It really is puzzling to me as to why would anyone pick anything other than the lowest possible price, but apparently offering this kind of choice makes sense to somebody out there.

Update 2015-10-01: Have had 2 flights with BoA now and the cheapest fare worked out fine, luggage (up to 23kg) was included, no other difference in service either. I dont know about refunds though.

Not the answer you're looking for? Browse other questions tagged online-resources airlines terminology bolivia boa or ask your own question.

-2
what is the meaning of this?

6
Finding promotion codes for travel - a website?
8
Is there a site with a list of active airline discount/coupon codes?
7
Amadeus GDS itinerary code - what do 050 and 010 codes mean?