Do you know any way how can I visit uninhabited islands in the Pacific (French Polynesia, Micronesia etc.) and stay there for a couple of days or weeks?

The only condition, these island (or islands) should have drinking water.

Could it be done legally or only illegally?

Does any company do such crazy things via plane or boat?

Any information is appreciated.

(2) NZ uninhabited islands subset . None too tropical. Once you are legally in NZ there are some where you may just row/swim /stagger ashore with no other permission and may remain till rescued - many of these are very inhospitable

(3) Manuae Island. Cook Islands. Close to perfection. May or may not be inhabited on any given occasion. 100 km from Aitutaki so easily enough accessible. Marine park - but people definitely visit for other purposes - including fishermen occasionally according to Wikipedia Manuae Island in Cook Islands group. 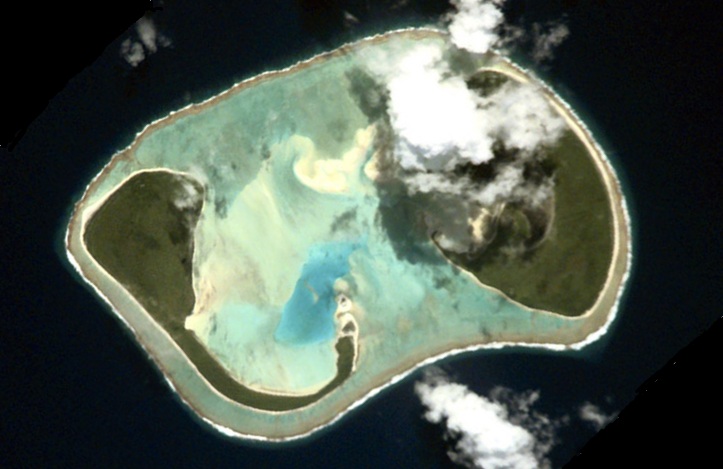 (4). Also in Cooks. Takutea - this is a conservatuon reserve and people do visit and you can get permission to do so. Not as Robinson Cruesoish as Manuae.

The islands below are semi-major, may be uninhabited, have known ownership and are sometimes visited. Sounds good. But they are more off the beaten track than you probably need. Chances are there will be any number of very small islands relatively close to major population centres that would suit your need. They would not have the romantic appeal of the one below, but would be a lot easier to get to.

Start looking at Wikimapia :-)
Doing just that found Tikei - there are sure to be more. Looks good.Start at the above link and zoom out. See where you are !. Wikipedia 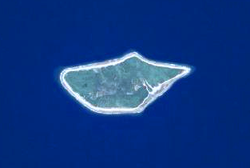 Ahunui
Uninhabited. Occasionally visited by owners. Sounds like a starter. 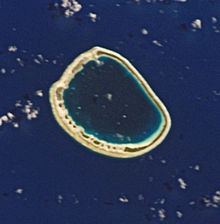 (5) This may meet your spec - zoom out and marvel - but you probably don't want to go there and may or may not be allowed to. May cbe uninhabited at any given time. Not what it appears to be. Was very much once what it appears to be. Once the site of world's only Plutonium mine :-). Now owned by US wildlife service. NOT as far as I know actually part of any IS state (nearest to\Hawaii but not part of it.) (5) General:

All uninhabited islands form part of or are administered by a sovereign state. There are none that you can visit without having met incoming customs requirements. However, once you are a legal visitor there are many islands that are uninhabited that you could legally be dropped off at.

In some cases islands are in private ownership and you need to make arrangements with the owner, while in other cases the islands will be deemed to be 'property of the state'. Eliminate those which are under military use or restrictions, locations legally offlimits due to long term contamination (eg some British Northern islands due to WW1 era Anthrax contamination) and you have about arrived at "public property. Eliminate quarantine islands and wild life refuges NZ Somes Island was initially the former and now is the latter and you are about "good to go".

At that stage the legality of visiting will be controlled by local regulations and local tour or transport operators will almost certainly be able to advise.

If you are willing to remove the drinking water requirement by being prepared to take enough with you, or by taking a still (solar or other) then you allow almost any hunk of rock to meet your spec. Larger, bush clad, and a nice stream and a waterfall are then a bonus :-).

If NZ was on your list then there would be many islands that would meet your specification within a day's travel of Auckland city where I live. Note: The Volcano in the harbour mouth looks like it has an outside chance of erupting in the short term. That may increase or decrease the attractiveness of the locale.

eg a number of the small islets around Great Barrier Island would qualify. (Good volcano view if it did happen. No danger). Largish Little Barrier at left of GB is uninhabited but visitors are banned - major wildlife refuge. There will definitely be candidates in the NZ Malborough sounds. This may beone - uncertain BUT zoom out to see how island rich and wonderful the area is.

More tropical - there will certainly be candidates [in this area]. A friend recently stayed in a resort in the island chain shown, but not every island is occupied. (http://wikimapia.org/#lat=-17.1985078&lon=177.1848294&z=10&l=0&m=s&tag=949) and people willing to drop you off. The military (biggest supplier of UN peacekeeping troops in the world) are friendly enough if you are not on their case, but a little wary of people doing strange things. Making sure eg the police knew your intentions should be enough.

I'm doing some South Pacific research and what you want is possible almost to the point of being ordinary. For example day trips by kayak to deserted islands in Samoa for $100-$200 per person.

In most of the South Pacific, our concepts of ownership and land usage do not apply. In general, you can't camp or just spend the night on some land that is not being used, no more than you can swim at an empty beach. It all belongs to someone or some village and you must ask first and perhaps pay a fee or make a gift. But if you are a guest, if you have made arrangements, then the whole thing is simple. A paradox, perhaps.

My advice: get yourself to the island chain you most like or can most afford, then ask at your hotel, or go on a day trip and ask your guide.

Not the answer you're looking for? Browse other questions tagged transportation adventure islands french-polynesia or ask your own question.

1
Is it possible to legally visit uninhabited islands in the Pacific for a couple of days/weeks?

33
How can I legally visit the United States Minor Outlying Islands in the Pacific?