Is it possible to travel on cargo airplanes?

Some time ago I heard someone telling about travelling in cargo planes. Apparently some of those planes have a limited amount of extra seats and companies would sell them for an extra profit.

Does anyone have any information about this? Is that still possible?

The short answer is: depends.

There are multiple discussions on Airliners regarding the subject. One from 2004 and another from 2011.

General consensus is that it is not possible with few exceptions:

Most freighter aircraft (excluding smaller aircraft) do have a small number of passenger seats, normally intended for use by staff such as deadheading/additional pilots, other company staff, etc.

Whilst it's possible that freight airlines somewhere in the world do accept paying passengers, in general it's not possible unless you work for the operator of the plane. Some cargo companies allow select staff to fly on their flights for any purpose, whilst others only allow those travelling for business purposes.

There's a number of reasons that it's not allowed, but in it's simplest form it's due to the licence class of the aircraft itself, which will not have been certified to carry paying passengers. In most cases this will be form of the airlines "Air operator's certificate" (AOC) not allowing for passenger traffic, either at all, or on specific types of aircraft such as freighters.

Carrying passengers would also require the flight to have flight attendants in order to meet requirements for safety, and for an aircraft that might have as few as 4 passenger seats that's simply not financially viable!

Even when only carrying their own staff things can still go wrong, such as in the case of Fedex flight 705.

Alaska Airlines operates a number of 737-400 "combi" aircraft, which have a cargo area behind the cockpit, and 72 passenger seats in the back. The airline posts a schedule of which flights will be operated by these planes; they are ticketed just like every other Alaska Airlines flight. Mostly they are flights within Alaska but a few go to Seattle.

These flights also show up on Kayak as "Boeing 737-400 Mixed Configuration".

If you're a member of the US military or an immediate relative you can fly Space Available (Space - A). This can get you on military cargo aircraft (with cargo), some of which are military versions of civilian aircraft.

I worked for Fedex until 2002, and up until September 11, employees could travel on the jumpseats of company planes. This was only available to employees, and not to friends or family, so when I was single, I traveled quite a bit, even getting to Japan and Hong Kong for free. Seats were available first come, first served, and at any time you could be bumped off if the company needed to use the seat to move a flight crew or other employee who needed to go where the aircraft was going. I recall that they suspended this after September 11, and do not know whether or not they have re-instituted it or not since then. The key was that they were not flying passengers, but allowing employees who had taken a training class on how to operate the emergency equipment on board the aircraft.

I have no special knowledge of the subject, so i propose a google potpourri.
"All I know is that I know nothing, except Google" - Socrates

Apparently it was possible for Fedex employees at some point.
Fly on cargo plane
Passengers on cargo flights still possible ?

(If you are a pet, it's possible too as there is pet cargo.)

Maybe in case of special merchandise professionals have to stay near (but it's not a travel).
(3 zoo keepers flew on a cargo because they brought two pandas)

By boat it's feasible, where can I get information on freighter travel?.

On special occasions you can not only travel in the normal passenger seats but also inside the cargo hold. For example in the COVID-19 epidemic Americans went home in a Kalitta B747 freighter like this 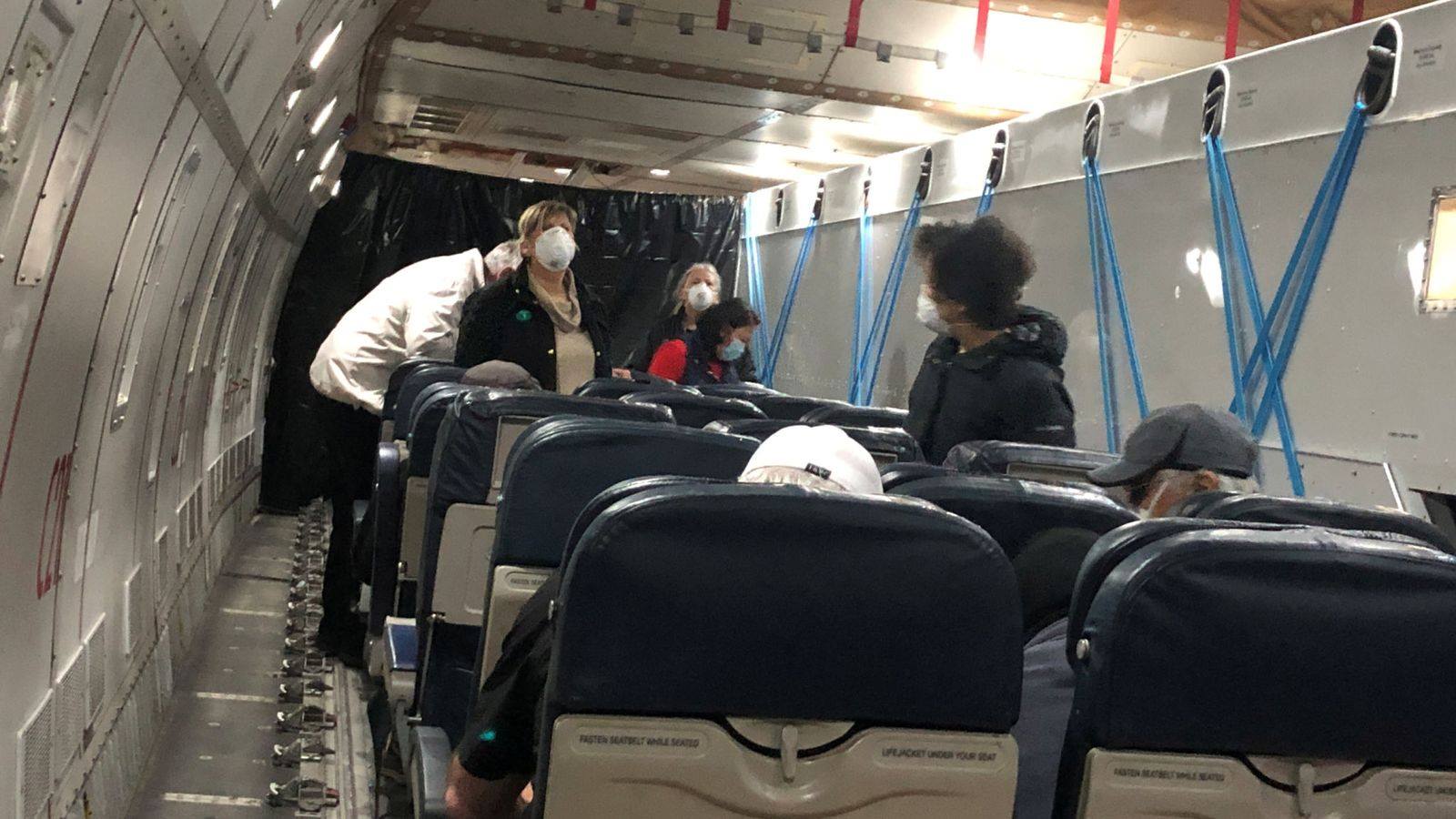 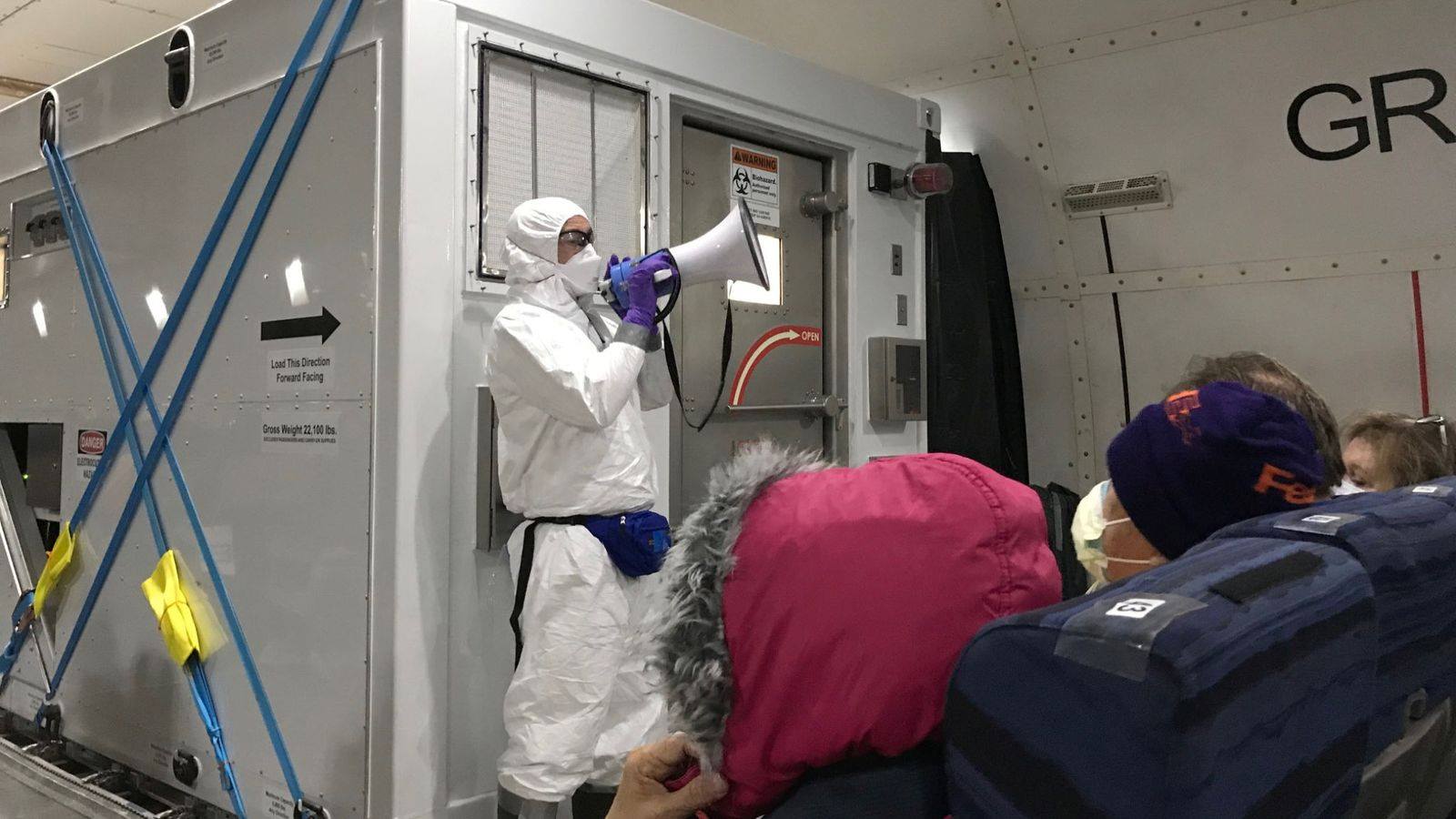 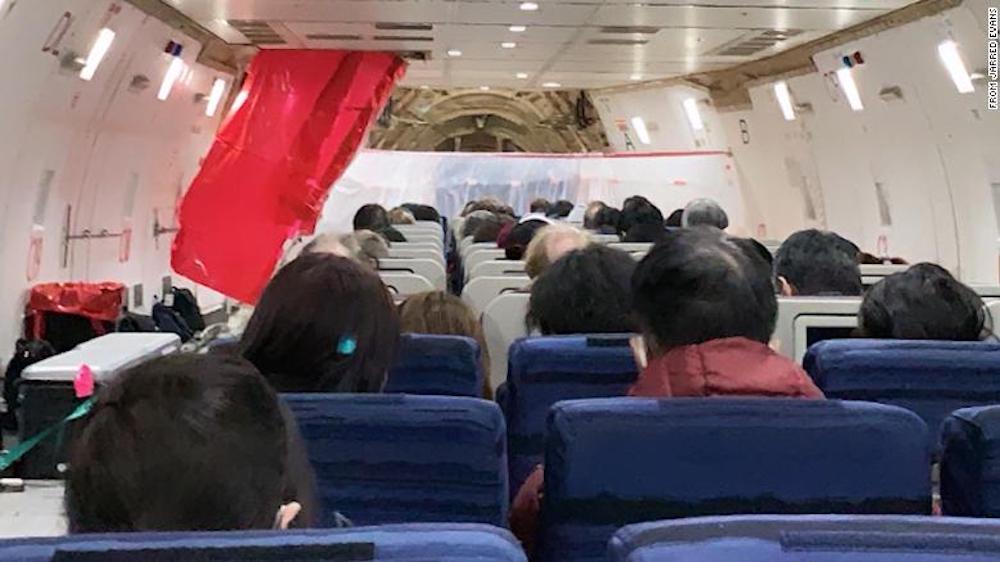 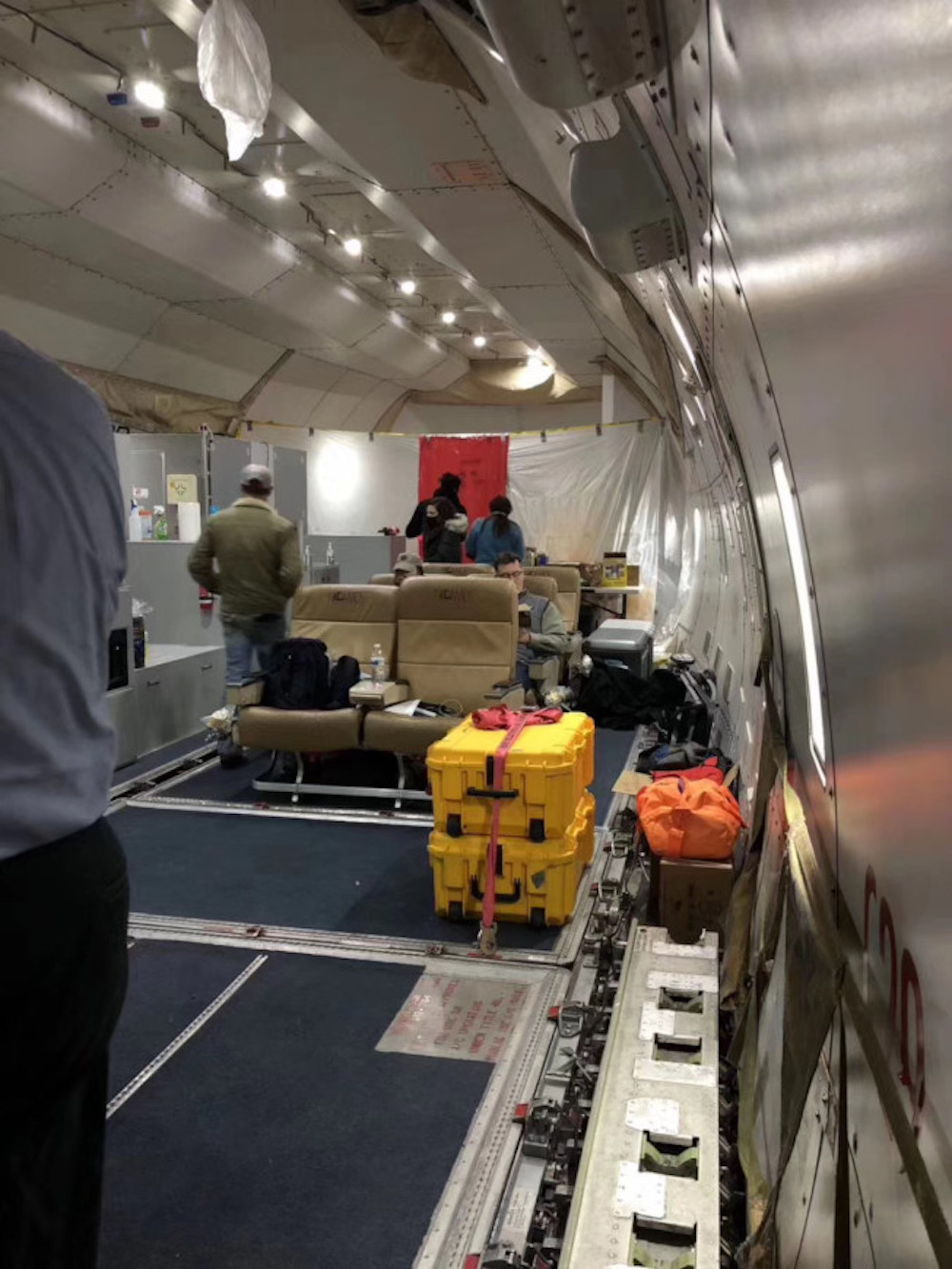 Click the link on each image for the source

Technically, passenger aircraft are also cargo carrying aircraft, so the answer is yes, however aircraft specifically licensed or designed without passenger seating would only permit flight crews, essential staff that accompany live freight, or in the case of military with armaments. The liability for passengers and security arrangements would make general passenger transport using freighters a high risk, especially in the current situation of heightened terrorist awareness. An open approach would be counter to these measures.

Not the answer you're looking for? Browse other questions tagged air-travel freighter-travel or ask your own question.

6
Can I fly in a cargo airplane?
42
Where can I get information on freighter travel?
28
Is travelling as an international courier still a possibility for cheap air travel?
16
Is it possible to accompany a live animal (dog) during air travel (cargo)?
14
Are there any secrets or tricks to flying for free (or almost free)?
2
Last minute / standby air travel options in Asia?

6
Will she be able to fit in the Philippine Airline Boeing 777-300er seat comfortably?
28
Is travelling as an international courier still a possibility for cheap air travel?
15
Baggage tagged with "limited release"
16
Is it possible to accompany a live animal (dog) during air travel (cargo)?
3
Airfare booking class, sub-class and perks
1
Best way to pay for airline tickets?
1
How to cancel a flight ticket with Iberia for free?
2
I was told Americans can reset their 90 day Schengen limit in Poland by traveling to e.g. Ukraine for at least 24 hours. Is this true?
17
How fast do the typical domestic travel jets (737, A320 family) actually go?