There's something that's not yet clear to me about the new EU rules about roaming.

Phone calls, SMS and going online with your mobile device from another EU country will be covered in the national bundle. The minutes of calls, SMS and megabytes of data that a person consumes abroad (within the EU) will be charged the same as at home. 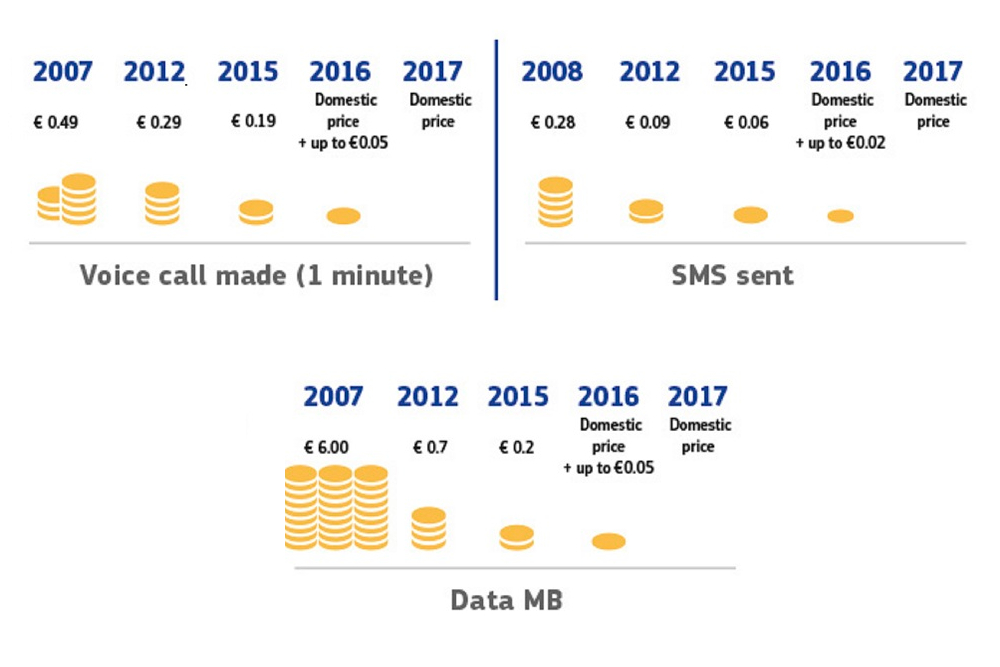 The EU "roam like at home" rules mean that when you use your mobile phone while travelling outside your home country in any EU country you don't have to pay any additional roaming charges. You benefit from these rules when calling (to mobile and fixed phones), sending text messages (SMS) and using data services while abroad.

You pay exactly the same price for using these services when travelling in the EU as you would if you were at home.

If you were to call the German number while in Italy, that is not considered a domestic call and would be charged at your providers international rate.

If you were to call the German number while in Germany, on an Italian SIM roaming to a German provider, then that is considered a domestic call and would be charged at your providers domestic rate.

Moo's answer, although elaborate, interprets the rules in a misleading way. There is one simple rule:

When you are roaming within the EEA and placing a call to an EEA country, it's always billed as if it was a domestic call in the "home country" of your SIM.

Thus while you're in Germany, any call from your Italian SIM to any EEA country (be it Germany, Italy or Spain) is considered a domestic call, just as if you were calling an Italian number while in Italy.

This is also explained in the official FAQ:

For example: If you have a Belgian card and you travel to France and call either a hotel in France, back home to Belgium, or to any other country in the EU and the EEA, you are roaming, and you will pay Belgian internal domestic prices.

Not the answer you're looking for? Browse other questions tagged eu roaming or ask your own question.

7
Prepaid Data Plan for cell phone in Italy
7
What is the best way to get temporary smartphone data service across multiple countries?
4
Is it possible to achieve 4G/LTE environment without buying local SIM?
3
Mobile Roaming Charges in Europe - have they been abolished yet?
14
What are the Fair Usage Policy (FUP) limits for free EU roaming after June 15th 2017?
2
Hypothetical roaming scenarios
5
EU roaming when calling a number outside the EU?
0
Can I travel across the EU with the work permit document while the temporary residence card is being reissued
15
As a dual citizen, am I allowed to travel outside of the European Union without using the EU passport?
36
I suspect my cellular carrier may be breaking the EU free roaming directive. What can I do about it?