Can you identify the town in this William Partridge Burpee painting? Spain?

Can you identify this town?

In 1905 the American Impressionist painter, William Partridge Burpee left home in Rockland, Maine and took the White Star steamer Romanic from Boston on October 28 for Ponta Delgada in the Azores. There he painted for some weeks and apparently bought a stock of linen canvas that he carried forward on his trip. The canvas is a bit odd and easily identifiable. He then went to Granada, Toledo, Rhonda, and other sites in Spain before heading for Biskra in Algeria and then Marseille and Mt. Blanc. The image of the painting provided is on that canvas and probably of a town in Spain, but I have not been able to identify it. Can you help me? 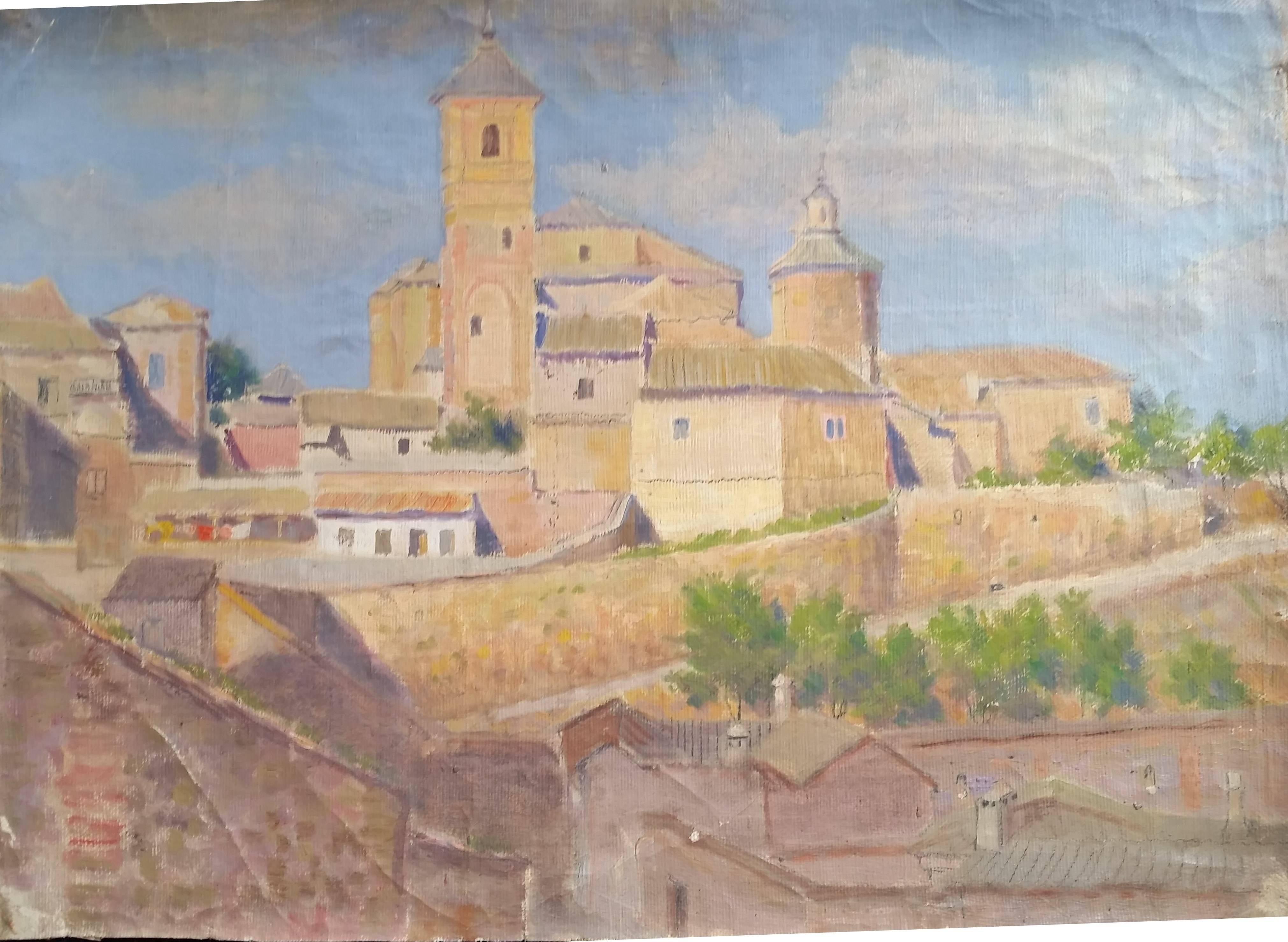 It could be Toledo's Iglesia de San Andrés. Here's a large modern photo. The extra intricacies could be from a 1975 restoration, which revealed some details in the facade. 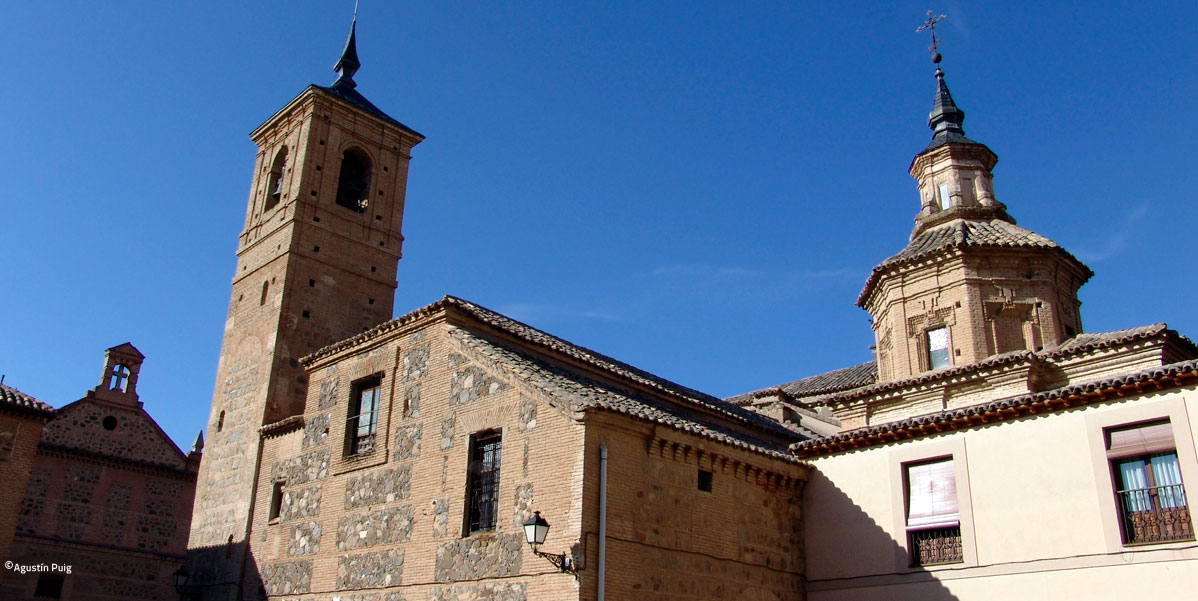 There are many differences in the surrounding buildings, like the white building in front of the other tower, but these may be from recent changes.

This Flickr album has a few shots across the town with this building visible. None are from the right angle to match the painting, but it does appear to sit atop and amid the other buildings in a similar fashion to how it does in the painting, despite the obvious modern development.

If it's not this building (the painting does look like it might be somewhere smaller than this) it's probably similar enough that the similarity may have been commented on.

Not the answer you're looking for? Browse other questions tagged france spain identify-this algeria or ask your own question.