My suitcase is 44*37*17cm so the volume is quite less than the permitted, but it exceeds the width.

How does Wizz Air check the hand luggage size?

Do they measure it at the airport?

Could my suitcase pass?

A very important difference with Wizz Air to practically every other airline out there is that the wheels and handles don't matter. This is a somewhat recent change (2014 Christmas) so many sites will have this wrong.

Here is the announcement:

we have asked passenger handling partners across our entire network of 104 airports, to apply common sense and reasonable flexibility when screening baggage sizes, and to allow cabin baggage on board even when handles and wheels protrude out of baggage sizers.

You can also compare 14.1.3 in the 2013 and the 2016 General Conditions Of Carriage to observe the "dimensions include wheels, handles and side pockets" phrase has been reduced to "include the side pockets". This is how it looked in 2013 (and 2014 Aug which I have but I can't find it online any longer):

On the other hand, you must note the wizzair sizer is to the millimiter exact to the advertised size. Source is this blog post but I am copying the images in case this post disapppear. Note the images will be of the paid carry on but that doesn't change the fact the free carry on is also to the mm. So, to answer the original question: there is no leniency on the width. There's an unspecified leniency on the length as the wheel doesn't matter. 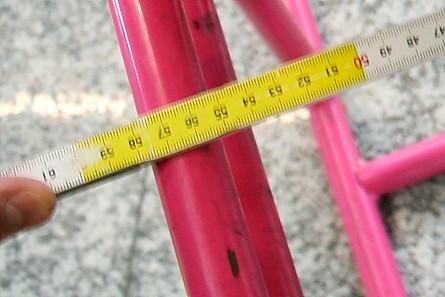 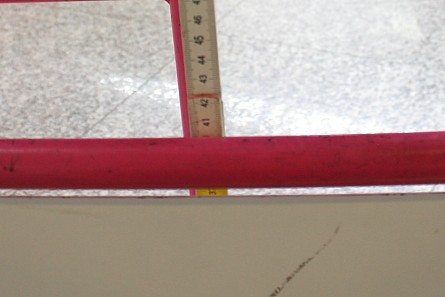 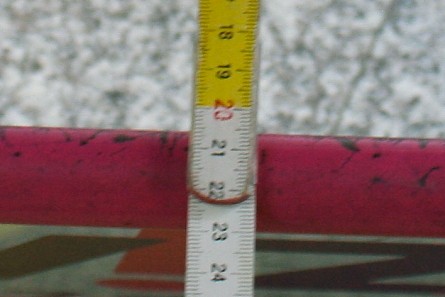 A while ago (early July 2015) I flew with Wizz Air, and they are quite strict about luggage size. Most of us had to put our bag in a box that has exactly the size you mentioned, and if anything sticks out, or it doesn't fit in, you'll have to pay extra. Thus, it is not volume restricted, but dimension restricted.

Three of us had 'regular' cabin-size luggage (which is OK for Ryanair, but is a bit larger than allowed by Wizz Air, most obvious difference was that it stuck out ~5cm at the top), and had to pay extra (€40) to upgrade to take it with them in the cabin. If you book this in advance, it'll cost you €16.

Interesting side note: I had a small backpack that was a bit larger than the allowed size, but as it is flexible, I can deform it such that it will always fit the box. On the outward flight they didn't ask me to put it in the fitting box (as they probably know I'll deform my bag until it fits), but on the return flight they did ask everybody to put their bag in the fitting box.

Some updates regarding the wheels sticking out problem:

14.1.3. YOU MAY CARRY ONLY ONE PIECE OF HAND BAGGAGE PER PASSENGER, WHICH MUST COMPLY WITH THE FOLLOWING SIZE AND WEIGHT LIMITATIONS: THE SIZE OF THE BAGGAGE SHALL NOT EXCEED 55X40X23 CM (HANDLES AND WHEELS EXCLUDED (BUT MAX 5CM EXTRA WHEELS)) AND THE MAXIMUM ACCEPTABLE WEIGHT FOR ONE SINGLE PIECE OF HAND BAGGAGE IS 10 KG. IF THE SIZE OR WEIGHT OF YOUR BAGGAGE EXCEEDS THE ABOVE LIMITATIONS, WE WILL CARRY IT AS CHECKED BAGGAGE SUBJECT TO THE PAYMENT OF THE CHARGE SPECIFIED IN ARTICLE 14.1.1.

9
Larger metal objects in hand luggage
30
What is the actual (not official) size of the Ryanair "baggage sizer"?
4
Can I take orthodontic wires in my hand luggage?
6
Eurowings Basic - Hand Luggage Allowance
2
Carry on baggage size: With 9'' depth limit are 9.5'' deep bags now too big?
36
How seriously should I take size and weight limits of hand luggage?