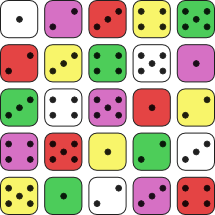 Zero the Hero is the mythological character central to the musical trilogy "Radio Gnome Invisible" by the UK-based-European-enhanced psychedelic progressive rock band Gong.

I am a fan of the trilogy, which contains masterpieces such as Isle of Everywhere. The album “You” was ranked by Rolling Stones as 38th best prog rock album of all times. I also quite like some later percussion-oriented albums, as such Time is the Key.

For good measure I'm also a fan of the Gong-inspired band Ozric Tentacles, of jazz-fusion style (see this clip of "Stratus" by Billy Cobham), some of the work by Steve Reich (especially Music for 18 Musicians) and vocal music of Ockenghem, Josquin des Prez or Thomas Tallis .

My avatar is a pair of mutually orthogonal Latin squares.

20 Can a tourist shoot a gun in the USA? May 12 '19
18 Assuring luggage isn't lost with short layover Jul 28 '19
17 What is the incidence of lost luggage in Amsterdam Airport? Jan 6
8 If I am interviewed by US immigration in Canada, will I be interviewed again when I arrive in the US? Jan 24 '19
6 Does current fuel shortage in Mexico impact taxi availability and pricing? Jan 23 '19
3 Who pays for increased security measures on flights to the US? Jul 1 '19
2 How to travel from Montreal to Quebec City without a car? Jun 29 '19
1 Online boarding passes for Star Alliance connecting flights Aug 8 '18
1 Travelling from YYZ -> ORD -> GCM - connections and luggage Aug 1 '19
0 Driving from Jasper, Canada to Calgary, Canada? Dec 30 '19
View all questions and answers →