One of the largest historic landmarks on earth, which can be visited from many parts of China. It is 13,171 kilometres long and has partly been built up as early as the 7th century BC. 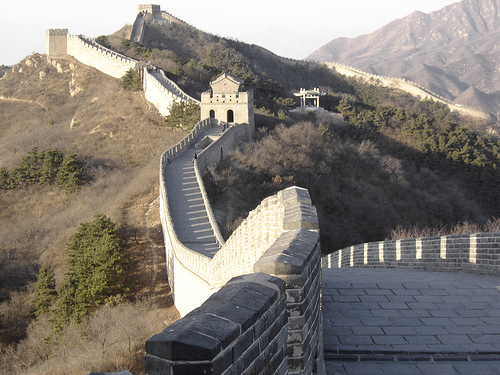 The Great Wall of China is a series of fortifications made of stone, brick, tamped earth, wood, and other materials, generally built along an east-to-west line across the historical northern borders of China in part to protect the Chinese Empire or its prototypical states against intrusions by various nomadic groups or military incursions by various warlike peoples or forces. Several walls were being built as early as the 7th century BC; these, later joined together and made bigger, stronger, and unified are now collectively referred to as the Great Wall.

The Great Wall of China: Where should I start a visit?

The Great Wall of China: Where should I start a visit?

How far I can go before I reach a tourist-nogo zone from Badaling, the great wall of China?

How dangerous is the Jiankou section of The Great Wall of China?

From Beijing international airport to Great Wall of China at midnight