A small country in western Europe.

Belgium is a small country in western Europe. Is has borders with France, Luxembourg, Germany and the Netherlands. The capital is Brussels. The country has three official languages: French, Dutch and German. Belgium is one of the founding member of the European Union. The country is famous for its beer, its chocolate and its comic strips. According to travel guides and travelers alike, Belgium is one of Europe's most underrated destinations.

Portal of the Belgian Government

Tourist office of Wallonia and Brussels 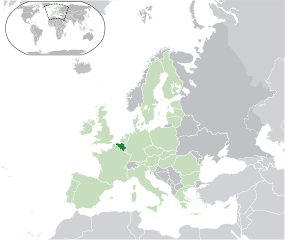 By NuclearVacuum [CC-BY-SA-3.0 (http://creativecommons.org/licenses/by-sa/3.0) or GFDL (http://www.gnu.org/copyleft/fdl.html)], via Wikimedia Commons

What do shops mean when they are open 7/7?

If Dutch railways suggests a 5-min connection, is it definitely doable?