Im trying to apply for a Canada Tourist Visa to go and visit a friend for a period of 12-days.

Amongst a dozen other things I must show proof of funds. Proof of funds, according to Canada Imigration Center / Website states the following, as can be seen on image 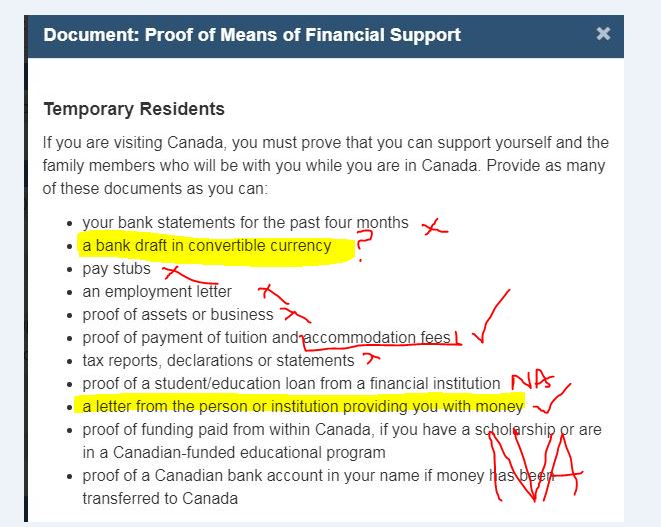 I have the following questions

Any help much appreciated

Is the exchange slip which I will be receiving after converting the money called a convertible bank draft as highlighted on image?

No. Your currency exchange slip is a receipt, its proof that a transaction took place but nothing more.

A convertible bank draft is a cheque issued by the bank (commonly called a cashiers cheque, teller's check or bankers draft) which can be drawn on in any Canadian bank in Canadian currency - that is what it means by convertible, it needs to be able to be converted from the currency it was issued to the currency to be drawn, and not all bankers drafts can do that.

Its worth noting that this is exactly why immigration officials ask for provenance of funds - they want to avoid money with this sort of background.

I don't know about Canada, but when applying for a UK visa, the UK immigration officer inspecting your case has to be satisfied of the legality of funds under the same UK laws as everyone else in the UK has to abide by, which means any earnings should have had tax paid on them to the extent required by domestic law in the applicants country etc.

Not the answer you're looking for? Browse other questions tagged visas canada money tourist-visas proof-provenance-of-funds or ask your own question.

5
Entering the UK as a tourist after recently visiting as a student visitor?
119
Should I submit bank statements when applying for a UK Visa? What do they say about me?
0
Proof of assets for Canada visitor visa
5
Why was I refused a Canadian visit visa?
8
Visitor visa refusal for student friend
1
UK standard visitor visa for a Japanese national
1
Proof of CZK funds for a visitor visa to Canada