Does Mexico issue exit stamps at airports, or only at land borders?

For a long time, I thought Mexico completely lacked exit formalities. Turns out they do have exit stamps (note how it says S=Salida rather than E=Entrada).

Is this only the case at land (and perhaps sea) crossings, or airports as well? 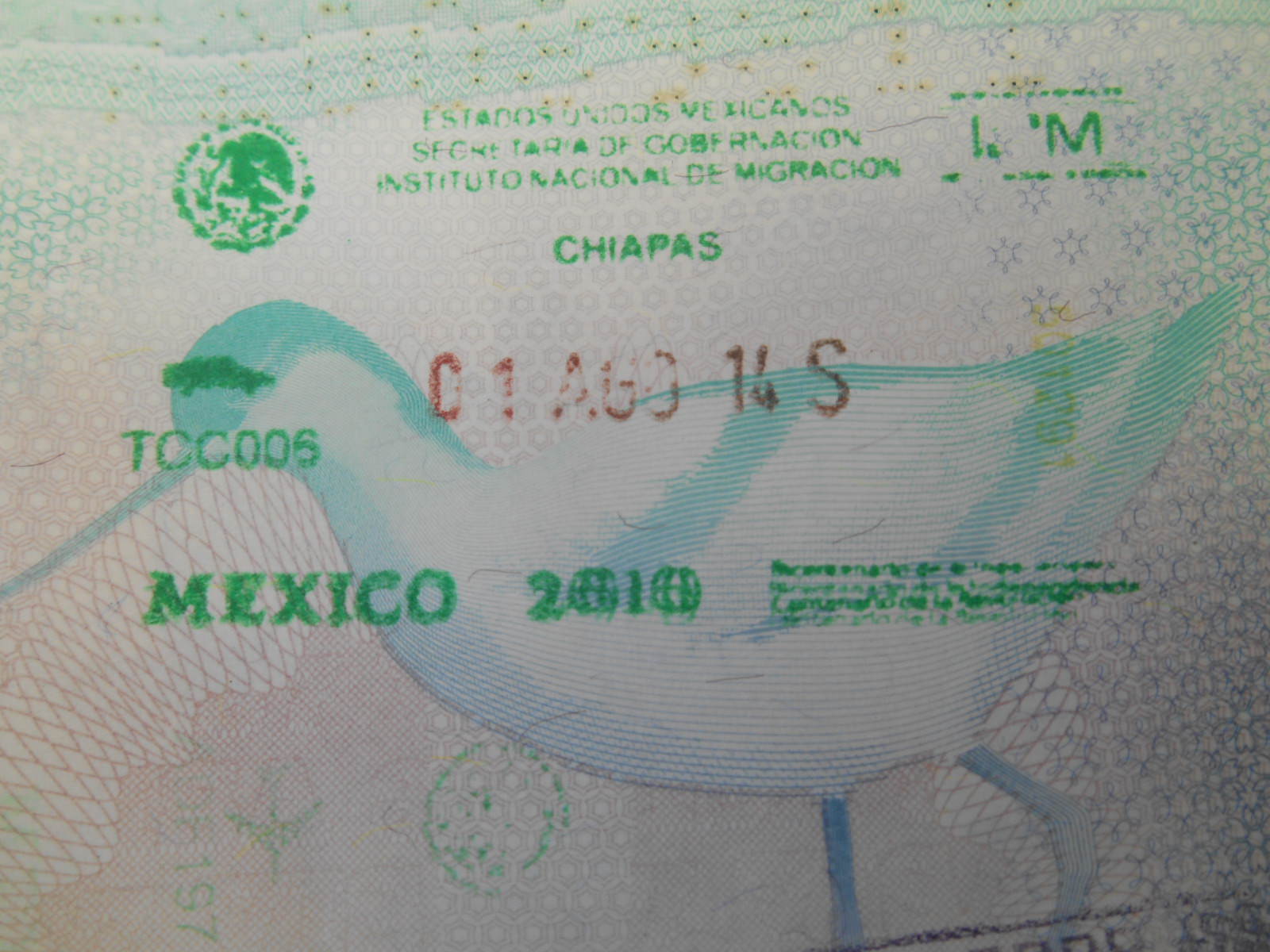 There are no exit immigration formalities that would attract a stamp in Mexico for Mexicans or foreign visitors, but there are for foreign residents of Mexico leaving by air.

A visitor to Mexico fills in an FMM form when they enter Mexico, leaving part of the form with the immigration officer they see on the way in and returning the remaining part to the airline, either at the gate or at the check-in counter, to register their exit when leaving. The exit doesn't generally require seeing an immigration officer unless you have, say, lost the exit portion of the original FMM and need a new one to give to the airline.

Foreign residents of Mexico also use the FMM form to report departures and arrivals, but don't have an FMM while present in the country. Instead they fill out the FMM when they are departing, visiting immigration on the way out to get the form stamped, giving the appropriate part of the form to the departure airline and returning the remaining part to the immigration officer they see on arrival. There are immigration desks airside in the departure concourses of the airport in Mexico City, and likely other bigger airports for residents to use for this; in small airports the airline check-in counter won't give you a boarding pass until you've been to the landside immigration office. In either case the visit to immigration on the way out attracts an exit stamp in the passport.

So, while I guess it is possible a visitor might get an exit stamp if the have a reason to see immigration at departure (and most reasons to do that would be the result of problems you likely don't want to have), in the typical case those stamps will only appear in the passports of foreign residents of Mexico.

I've got a picture of a couple of versions of the stamp that I'll add when I can get to a computer that can shrink the photo.

Your passport may be stamped when leaving the country, or not.

The formality (which doesn't seem to be very formal) is made through the form called Forma Migratoria Múltiple (here is the electronic version of it), which is sometimes handled by the airline crew.

You can get your passport stamped at the counter of the INM (national institute of migration) that you may find at the airport, but it is not a mandatory procedure.

(My answer is based on my experience, as a mexican, but the outbound halls at the airport work the same way for mexicans as they do for foreigners).

My experience (from multiple nonstop flights from California to and from Los Cabos / SJD) is that one fills in the FMM in flight before arrival. Upon arrival, Mexican immigration stamps passports, signs off on the FMM, and returns the FMM to the traveler. Leaving Mexico, the airline collects the FMM as you pass through the airport departure gate. Mexican immigration doesn't participate in the departure, and one's passport is not stamped upon exit.

At a recent (June 2018) land crossing into Tecate, Mexico, there was no Mexican immigration check, and I proceeded right through the crossing without having my FMM seen or signed-off. Upon exit through the same border crossing, there were again no Mexican immigration exit checks, so my physical FMM remained unseen by Mexican authorities. (Because this was a land crossing, I had obtained and completed the FMM online at no charge from the Mexican government webpage, so perhaps my FMM existed in their computer system.)

Not the answer you're looking for? Browse other questions tagged customs-and-immigration mexico passport-stamps or ask your own question.

1
Where to clear customs in Mexico?

4
I did not receive visa papers when entering Mexico and have a flight in 2 weeks. Can I exit and re-enter through Guatemala to fix this?
11
What happens when someone inadvertently enters the UK without a landing interview?
7
Does Sint Maarten place exit stamps in passports with no entry stamp?
4
Do visa-free nationals get two entry stamps and one exit stamp at South African airports?
12
Does the UK still issue visa refusal stamps in passports?
6
Are North Cypriot land border crossings equipped with passport stamps?
3
How can a Green Card holder prove their length of absence when exiting and entering through a Mexican land crossing?
5
Mexico land crossing
2
Crossing european borders by land