What are the current budget options for getting from Chinatown to KLIA2: Terminal 2 of Kuala Lumpur International airport?

Public transport in Kuala Lumpur seems to be improving faster than ever.

Also, since my first visit only a few years ago, Air Asia has moved from the LCCT (Low-Cost Carrier Terminal), now closed, to the new KLIA2.

Information therefore seems a bit fuzzy when I search the net.

I have plenty of time until my flight tonight so I'm more interested in the cheaper ways to get to KLIA2 than the fastest ways.

I took the Star Shuttle from Kotaraya in Chinatown. 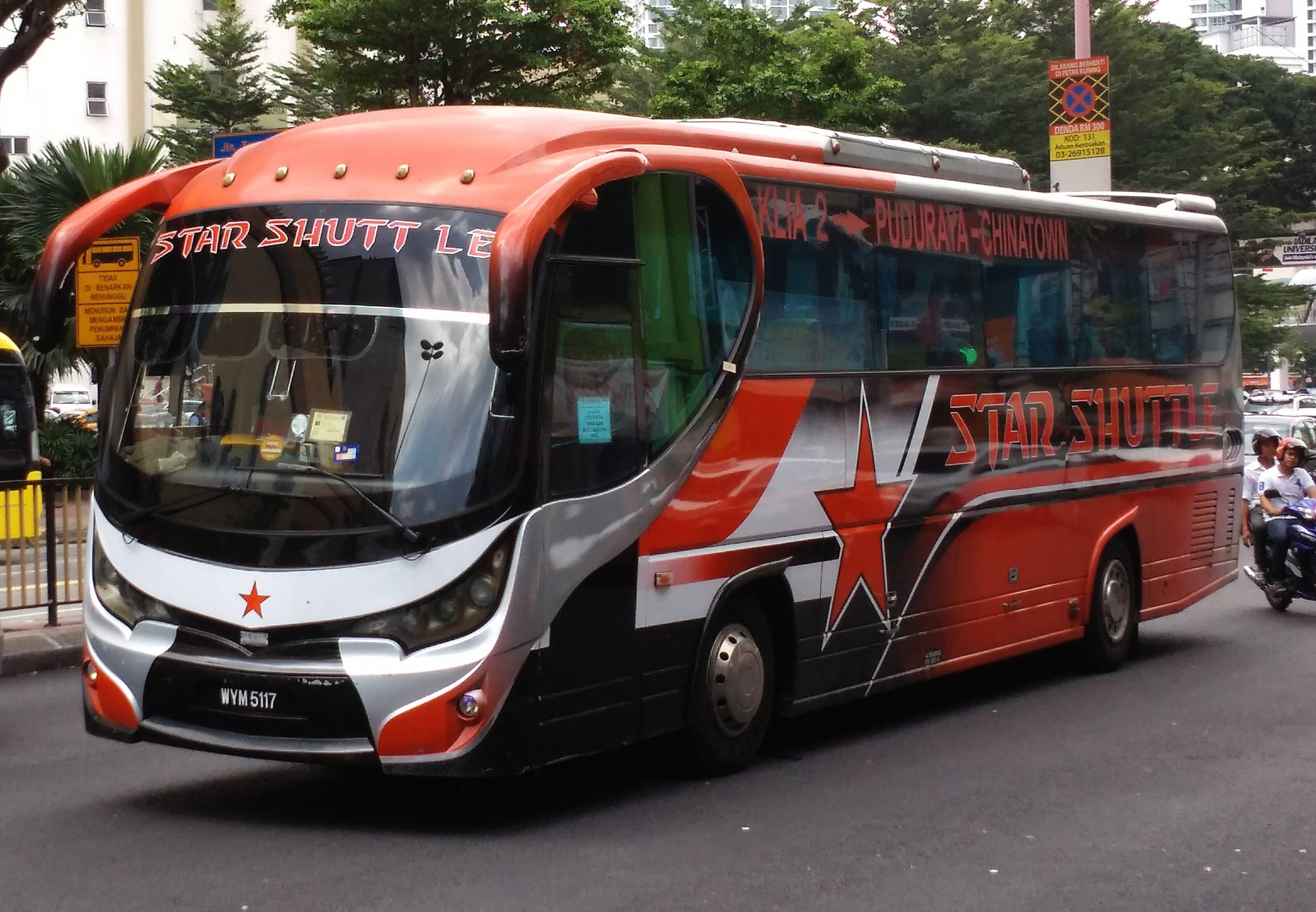 It currently does not actually stop at the Kotaraya "stop" and there are currently no signs or ticket sellers there that I could see.

The bus arrives from around behind the Mydin store and drives slowly through the station without stopping.

The first time I went there just to check on this bus, expecting it might be confusing. So I had no luggage and the bus driver didn't acknowledge me and the bus didn't stop but continued slowly through the station and the next few blocks of traffic.

The second time I had my backpack on and this made the difference. The driver now spotted me, and we confirmed KLIA2 and he told me to get on. My luggage came into the bus with me.

When we arrived at KLIA2, other people had luggage under the bus, so it obviously does stop properly at some of its previous stops. I paid the driver when I got off and the fare was only 12 MYR, not 13 as I was told at my hostel.

It was very comfortable and I would definitely use it again unless I was in a dire hurry perhaps. The trip took 40 minutes or a little less. The only bad part is the confusing Kotaraya stop.

Apparently, Star Shuttle goes from Kotaraya, right in Chinatown to KLIA2 and charges only 13 MYR.

I just went scouting there as I have memories of everything being difficult and complicated to follow in KL. I found a buy bus station with many regular buses, no Star Shuttles and no signs or ticket sellers for Star Shuttle.

However a Star Shuttle soon appeared with passengers already on it, slowly drove through the bus station without stopping, and did not stop in the next few blocks I followed it.

So while it's cheap it might be confusing. I'm going to try it anyway.

The hostel staff gave me a couple of alternatives but they required at least one change which I decided would only increase the chances of confusion, difficulty, and complexity.

I'll update this answer with photos and GPS coordinates when I successfully board the bus.

Not the answer you're looking for? Browse other questions tagged public-transport budget airport-transfer kuala-lumpur kul or ask your own question.