Most radioactive places on earth

I noticed publicly visible radiation counters while I was there. The one below, in a photo taken by a taxi driver who noticed me trying to take a photo by myself, was near Iwaki train station, but there was also one near the Iwaki City Coal and Fossil Museum. 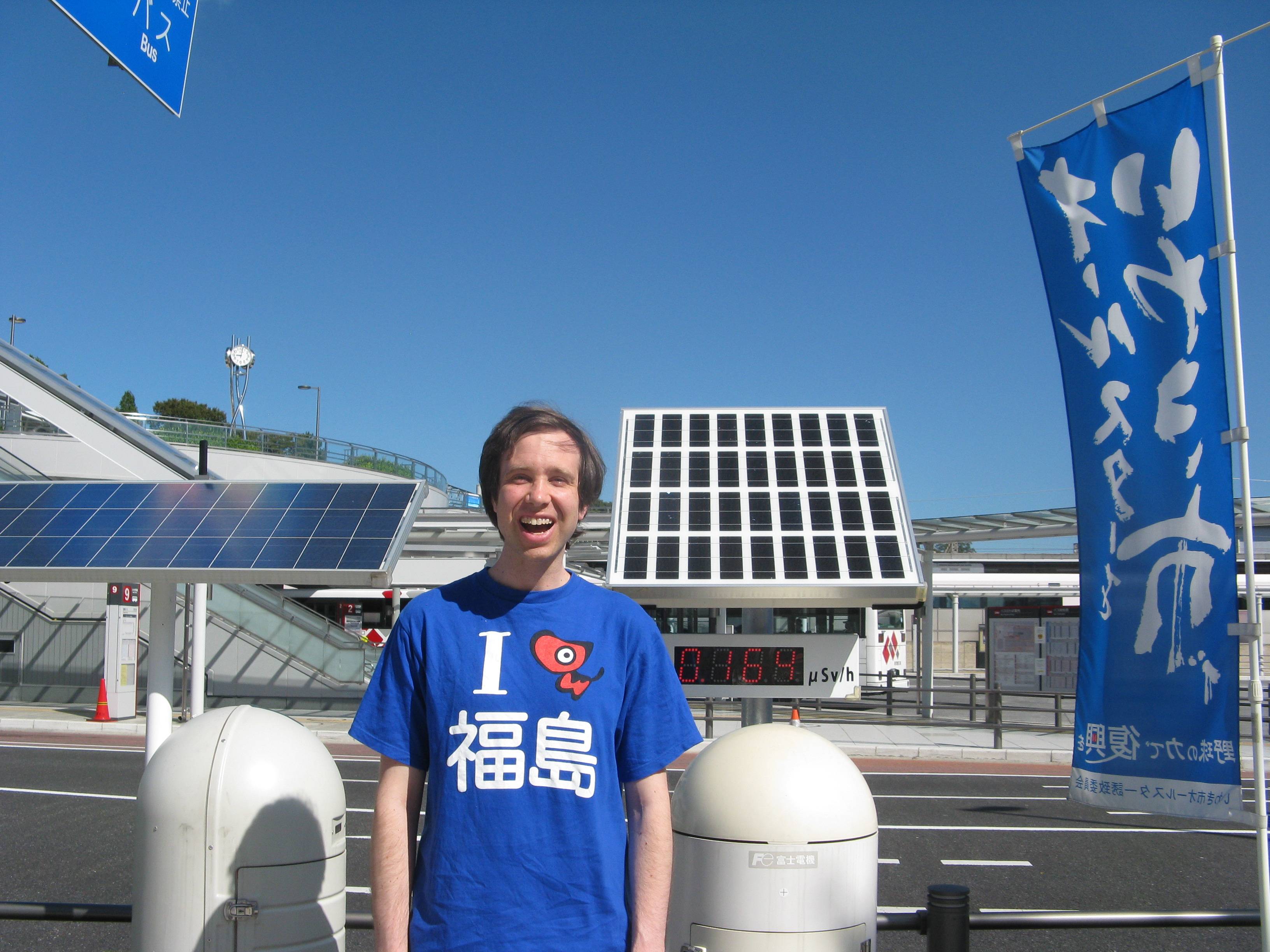 Although I assume the counters were designed to reassure locals and tourists that radiation levels are reasonably low, for me it served as a bit of a "been there, done that, got photo proving it" thing, even if it turns out 0.164 microsieverts per hour is less than the global average of background radiation. It got me wondering which places on earth that I can visit have the most radiation.

If there's a place on earth that has the least amount of radiation, and it is open to tourists, then I'd be interested in visiting that as well.

The place with the highest natural background radiation on Earth is Ramsar, Iran, due to the presence of radioactive hot springs in the area:

In the high-background radiation districts of Ramsar, the average dose of radiation received by a person for one year is about 10 mSv, and can reach levels in excess of 260 mSv. [Wikipedia]

The place with the historically highest natural radioactivity is Oklo, Gabon, where there are extensive uranium deposits that formed natural nuclear fission reactors 1.7 billion years ago:

Oklo is the only known location for this in the world and consists of 16 sites at which self-sustaining nuclear fission reactions took place approximately 1.7 billion years ago, and ran for a few hundred thousand years, averaging 100 kW of power output during that time. [Wikipedia]

While a chain reaction is in place, radiation levels rise to extreme levels, much higher than any usual background radiation. I have no information about the specific levels at the Oklo sites, but you can read here about what happens when a nuclear core goes critical.

You can book tours (from several operators, easily found on the web) to the Chernobyl power plant, including visits to the abandoned city of Pripyat and the red forest (an area where intense radiation fallout killed most of the vegetation).

I believe that the tour guides will have radiation measurement devices to show that the background radiation is back to normal - but you'll be within a short distance of the concrete "sarcophagus" around the reactor where the accident occurred, and the deeper levels of soil are still heavily contaminated in some areas. Eating any local fruit should of course be avoided - I recently saw an interesting TV show about research in that area on various plants' very different reaction to radiation. IIRC birch trees easily survived while spruce trees proved much less resilent - and some fruit and vegetables (or even parts of them) are much more dangerous than others, e.g. you can eat cherries but must not swallow the pits.

So it depends a lot on how you define it.

If we go the Wikipedia route, it'll be Lake Karachay in Western Russia. The Soviet Union used Karachay as a dumping site for radioactive waste from Mayak, the nearby nuclear waste storage and reprocessing facility, located near the town of Ozyorsk (then called Chelyabinsk-40).

Then we have the Irish source, which claims that the most radioactive place on Earth is in Cumbria, England - the problem being that nobody knows for sure how radioactive it is, or what's inside - a fact backed up by Wikipedia.

Finally, and this one's far more interesting, is Shinkolobwe, in the Congo. It's where a large amount of the world's uranium has come from, and certainly at least several thousand tons of uranium has gone from there to the US alone, including the uranium in the atomic bombs dropped on Japan. The mine has long since (allegedly) closed, but again allegedly - people have been sneaking in to get bits of uranium out to sell on the black market. This is covered in great deal in this Scientific American excerpt of Tom Zoellner's book Uranium.

Not the answer you're looking for? Browse other questions tagged factoids where-on-earth radiation or ask your own question.

21
What is the deepest accessible point on earth?
70
Where is the quietest place on Earth?
15
Are there any places on earth completely barren with nothing on the horizon in any direction?
11
Where is the longest visible line of sight on Earth from point A to point B?
5
Which road connects the most countries?
4
Place on earth with the highest minimum temperature?
3
What is the most remote railway line in the world?
7
Most remote passenger train station
17
What is the most isolated building in the world?
26
Where is this Utah triangle monolith located?