What does my Shinkansen ticket say?

Here is a Shinkansen ticket: 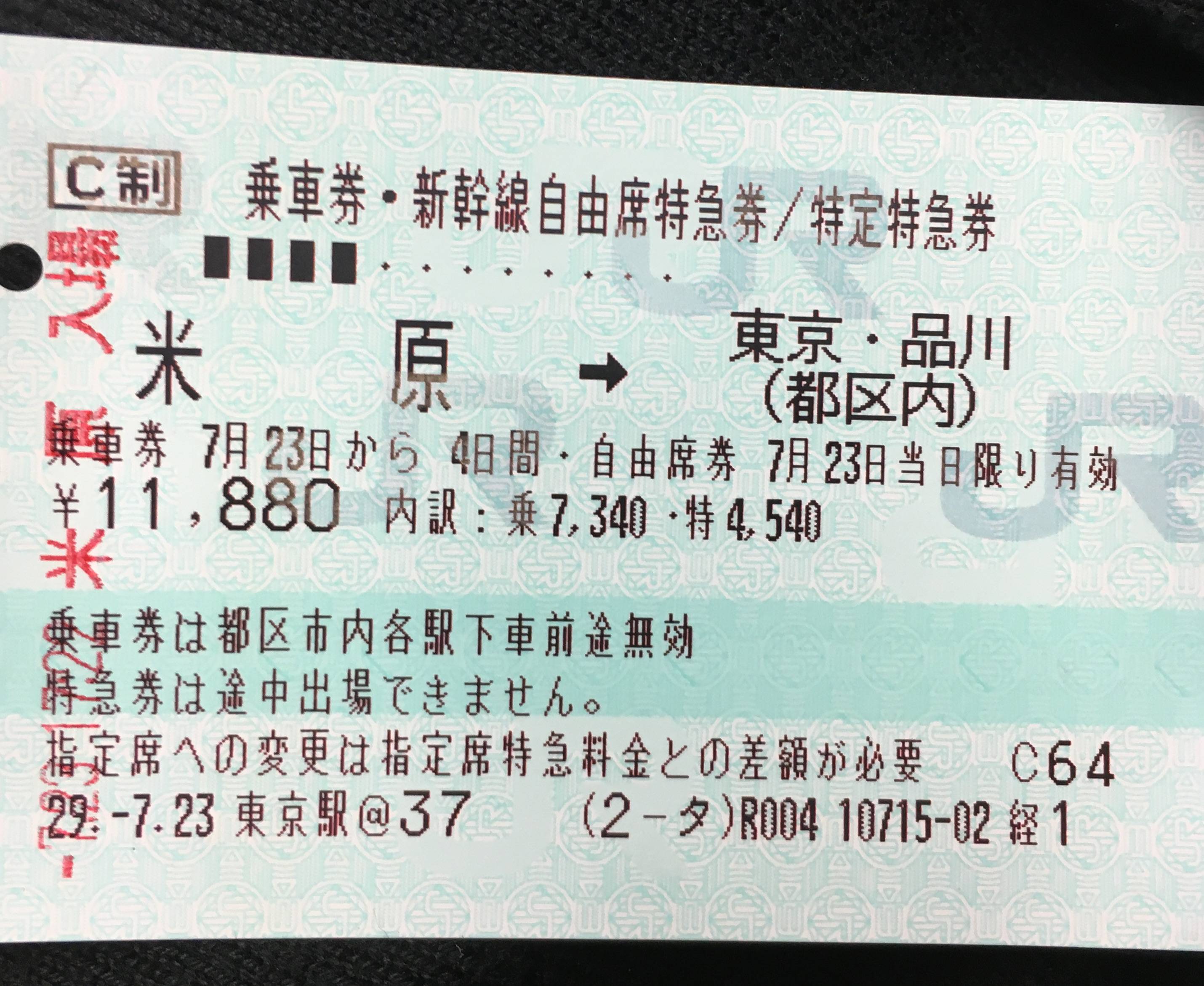 I understand most of it, but the line below the "to" and "from" feels contradictory to me. It says that

7月23日当日限り有効 valid only for July 23

For your ticket, the base fare (乗) is valid for four days, but the special fare (特) -- which is without a reserved seat, hence 自由席 (jiyūseki) -- is valid only on the 23rd. So you could, for example, travel to Nagoya by bullet train, stop for a few days, and then continue to Tokyo by local (non-express) train... although it wouldn't actually make any sense to do so, because it would be cheaper to get a bullet train fare to Nagoya only and continue with a separate ordinary ticket.

Not the answer you're looking for? Browse other questions tagged japan japan-rail or ask your own question.

15
When are stopovers permitted on Japan Railways (JR) trains?

8
Where to get Ghibli museum tickets: JTB or Lawsons?
6
Best connection Tokyo - Kyoto
5
How do I book a one-way rail ticket from Tokyo to Toyota City?
7
Proof of onward travel in Japan?
10
How to purchase Japan train tickets online and also Japan scenic itinerary?
2
When Suica service is "partially available in some other stations," how do I find out where exactly?
8
Where does the Tokaido Shinkansen stop in Tokyo?
5
What can I do to get train tickets for fast trains in Japan cheaper?
5
How difficult is it to travel with a yumi (longbow) in Japan?
18
Can't stopover at Sapporo when going from Asahikawa to Chitose airport?