This is not the same as what is the most advanced flight search engine besides Azuon and Matrix? but I would hope an engine "advanced" enough for that one would satisfy this one as well.

There are search engines that allow an origin and/or destination to be a huge list of places, and one that even allows the word "anywhere."

But as far as I can tell, Kayak, Adioso, Momondo, Skyscanner, & Azuon do not allow "anywhere" as the middle of a multi-city flight. Matrix allows a list, but can't handle very big lists and doesn't have low-cost airlines.

I understand the arguments about computational complexity, but I spent several years doing complex queries on huge databases and it's not as bad as some questions here make it sound.

Another is to manually (and tediously) look for matches in the two searches.

And I had forgotten about this method. But even that won't find everything.

Some engines will find stopovers but won't find very many, and won't show long ones.

I suspect I could do it with one of the expensive tools from OAG, but apparently they found some reason to not honor their offer of a free trial.

Try JetPuzzle extension for Chrome. It really does well.

You can try to put any two points and it will list you a huge amount of options including those with literally "anywhere" legs. And making things even smoother, it proposes you variants with arbitrary number of stopovers. 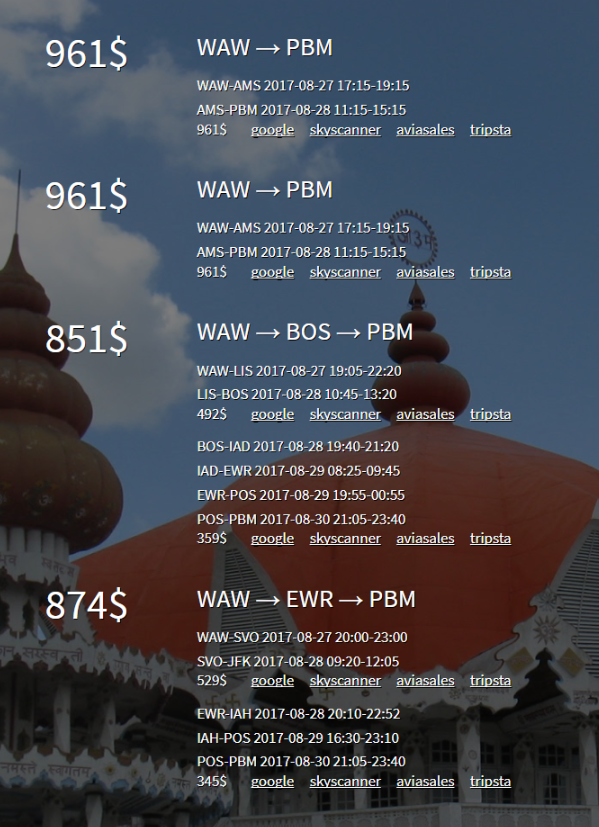 Simply look for the full trip on any site ie. with your preferred starting and end points. The results will give you a clue of the paths flight companies take to reach your destination and therefore what cities will be feasible as stopovers.

Once you see something you like, then use a multi-city booking to include that city, with a day or so in between departures. If it's all with the same airline with daily flights, your costs will be roughly the same as the single flight.

Not the answer you're looking for? Browse other questions tagged online-resources flight-search-engines or ask your own question.

21
How do I minimize total cost of separate flights to the same destination plus optionally accommodation?
18
what is the most advanced flight search engine besides Azuon and Matrix?