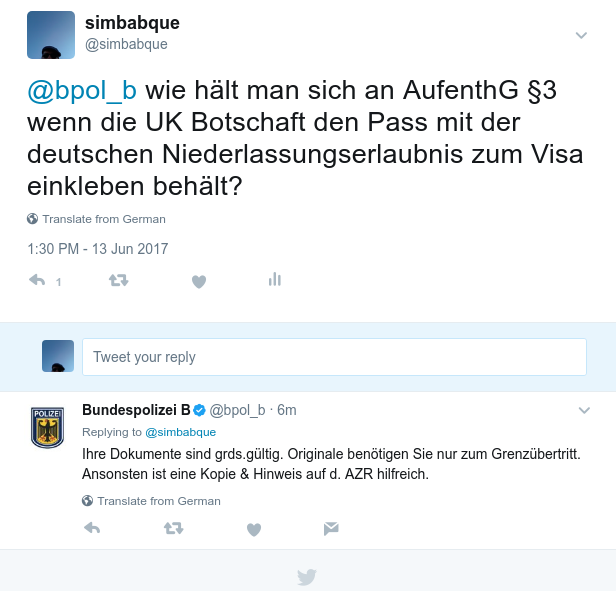 The regulation that you quoted only requires that there exists a valid passport (or substitute) for the foreigner. It is not required that the foreigner has the passport with them at all times. (Incidentally, there is a very similar rule requiring Germans to have a valid ID card (or passport), in § 1 PAuswG.) You need to be able to present it on request, but not immediately; it is OK if you store it at home, or even at an embassy, and show it to the authorities a few days later. You can’t be fined for that.

19
European citizen travelling to another European country without valid passport
21
Should a non-EU citizen always carry his/her passport in Germany?
12
Can I return to the Schengen area without my residency permit?
7
UK visitor visa from Germany - necessity of translating supporting documents
3
Is it possible to fly from Germany to Spain using Residence Permit without a passport?

12
Extended stay visa for Germany
6
German tourist visa refused; do I request remonstration or re-apply?
25
Flying Ryanair from Germany, how do I check in for a flight if my passport was stolen?
3
Non-EU family member travelling alone to Spain
3
Am I eligible for a Schengen visa if my passport will expire in 3 months?
8
Reporting presence to authorities while on Schengen visa in Germany
4
Travel within the Schengen area with Fiktionbescheinigung