Is there a map of all the Umweltzones (environmental zones) in Germany?

I occasionally need to drive into Germany for work and since I'm usually taking a rental car it can be troublesome to obtain an Umweltzone sticker while on the road. Therefore it is useful to know where exactly do all the Umweltzones begin and end.

Is there a comprehensive official map of all the German environmental zones? There are websites which list the cities where the Umweltzone sticker is mandatory, but their maps are not detailed enough to see the exact border of each zone.

Here is a map provided by the responsible German authority, the Umweltbundesamt.

If you are hiring a car in Germany and would like to know more, the car rental company will advise you further, either during the reservation procedure or upon arrival.

The most official source is the Umweltbundesamt (UBA), the Federal Environment Agency. You can use the GIS website of the UBA, which provides nice PDFs of each Umweltzone. Example: Berlin (Euro 3). There's a map of Germany as a whole as well.

A less official site, but with a much broader approach, is Urban Access Regulations, which collects more classes of restrictions in one place, but with a slightly harder to use interface and a much slower site. Example: Berlin. It also links detail maps, if provided by the municipality (example: Berlin).

My first idea was to use OpenStreetMap, which also has a layer for the Umweltzonen, but the layer's proposal hasn't left the Draft status, so I wouldn't expect it to be complete. Nonetheless, the tag appears on quite a lot of cities all over Europe, so you might give it a try, starting here (beware the Status column!) and clicking the number in the Link column to find the OSM detail map. (Example: Berlin.) 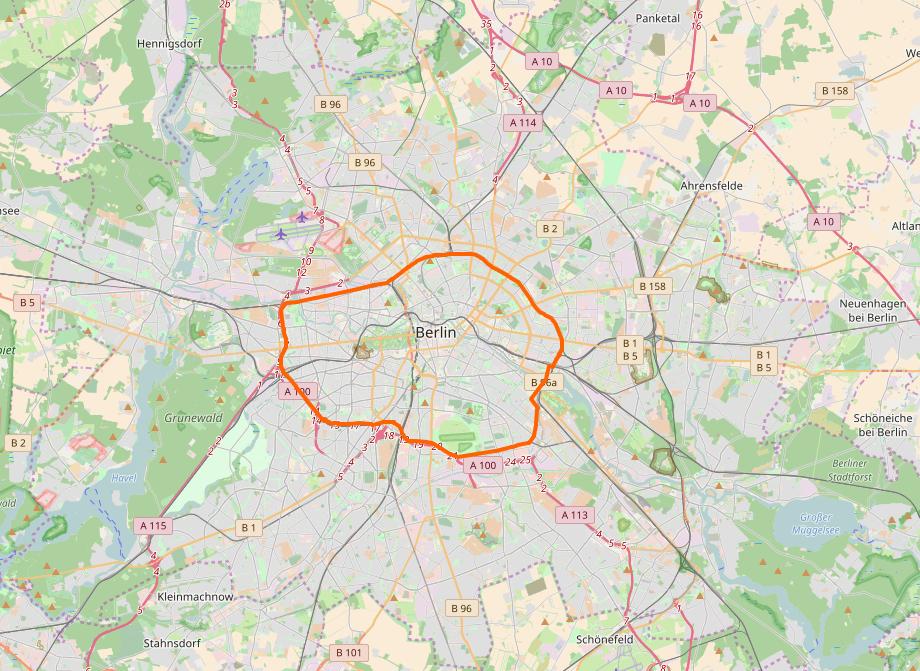 There is a user-made Google map with a clickable list of cities. It would seem that the borders of the Umwelt zones are clearly defined. For example, below is a screenshot of the zone in Bochum: 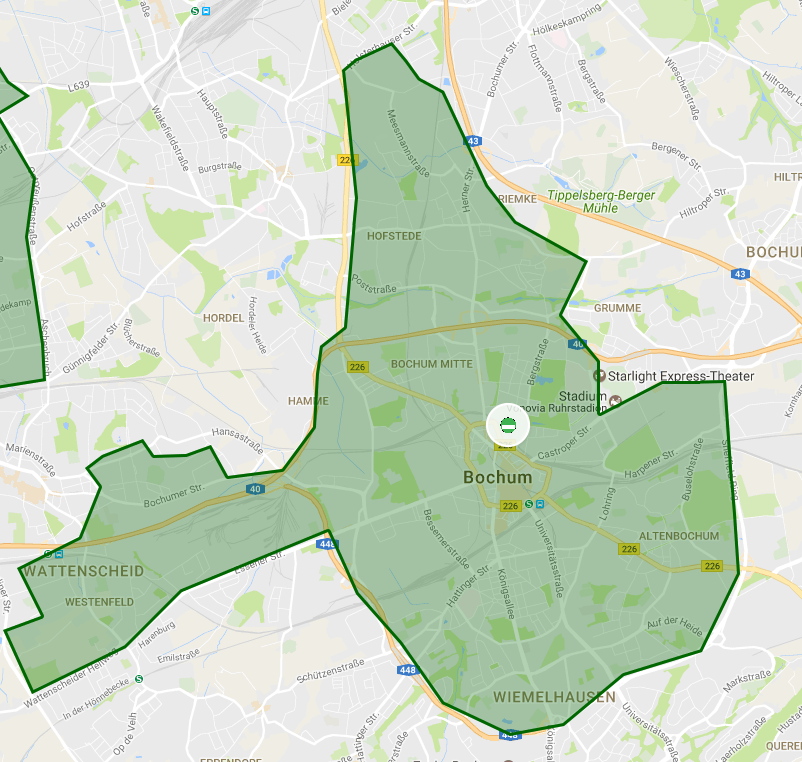 I just found this site that offers zoomable maps for all(?) German environmental zones (need to scroll down to get to the Germany section): https://www.green-zones.eu/en/green-zones-app/zones-overview.html

You can enlarge each map by clicking the thumbnail on the top left corner on a subpage. 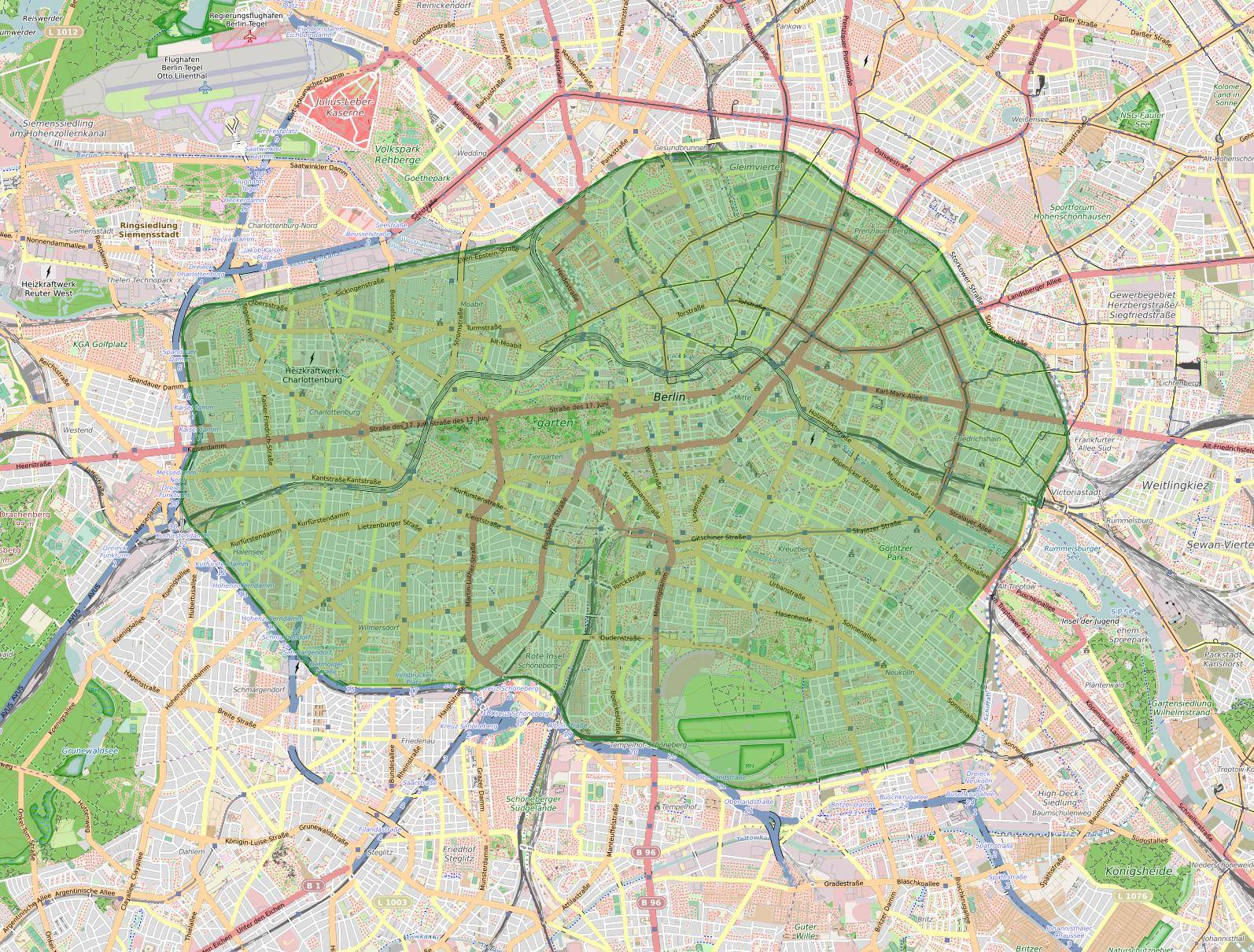 User hiergiltdiestfu already mentioned in his answer that OpenStreetMap (OSM) also contains so-called low emission zones (LEZ) which represent environmental zones. While there seems to be no OSM-based map showing these zones you can use Overpass API and overpass turbo to create such a map on the fly:

http://overpass-turbo.eu/s/pI8 (the query will take quite a while to run) 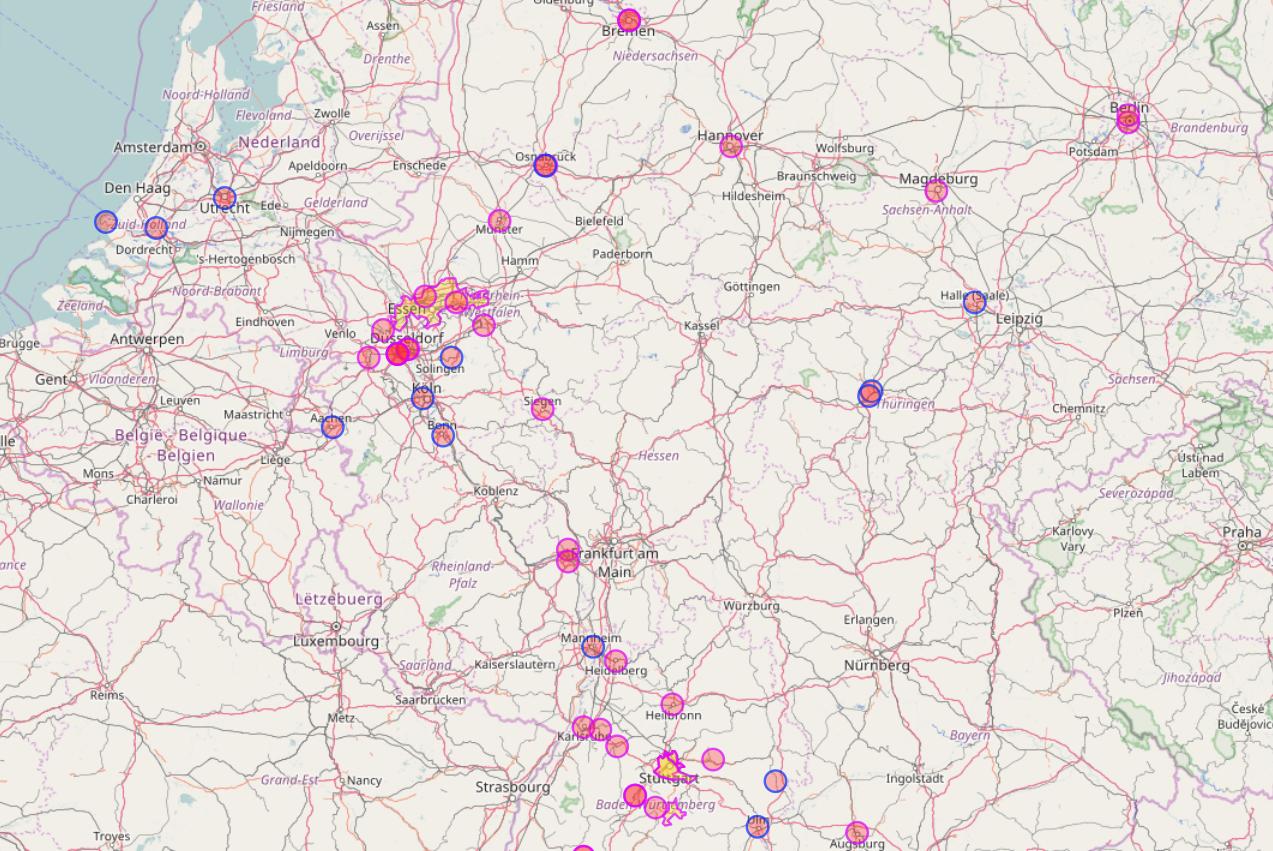 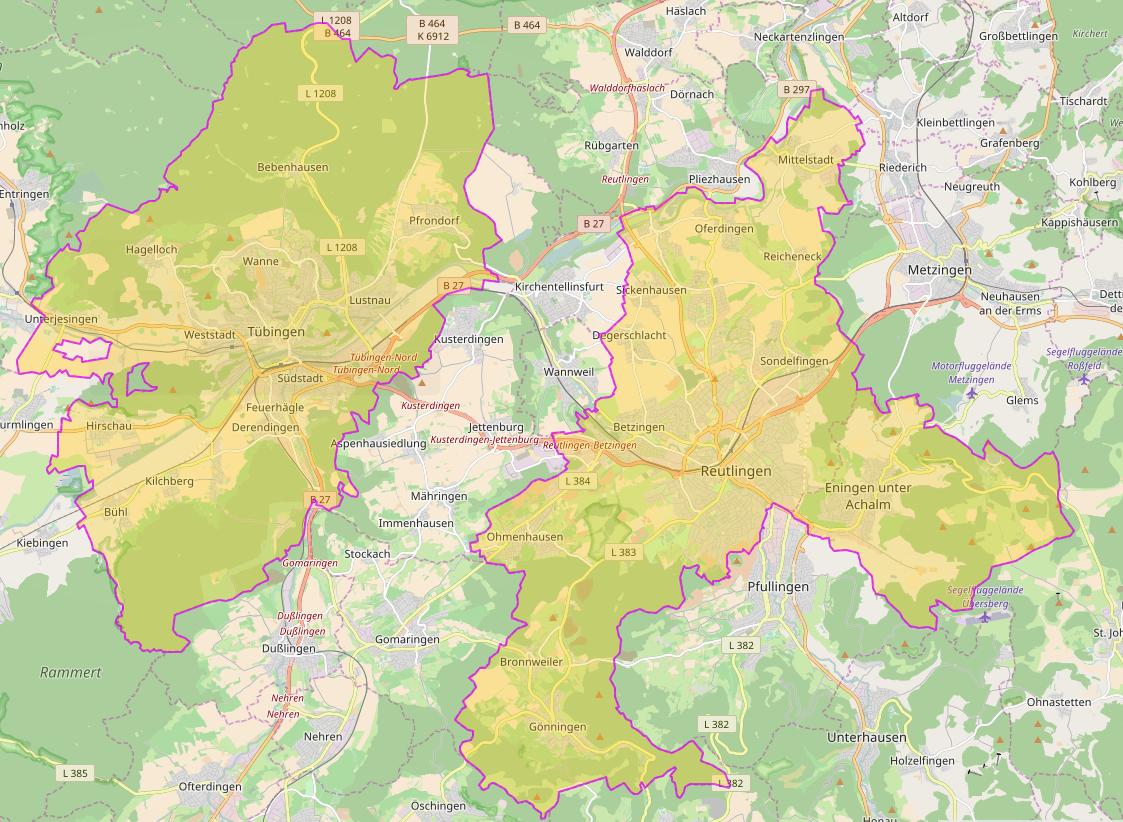 Note that the query will take some time to complete for large areas. Also the map will be incomplete since not all low emission zones have been added to OSM yet.

You can eventually use the Umweltzone app for Android which I develop as an open source project since some years. 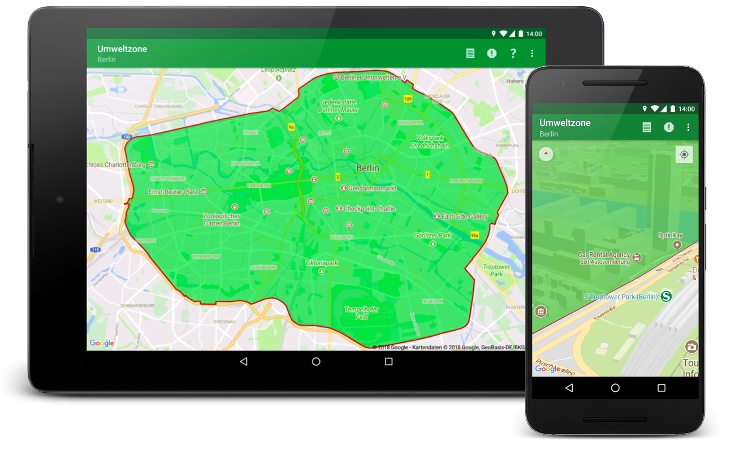 The app works both on tablets and smartphones.

Not the answer you're looking for? Browse other questions tagged germany automobiles maps or ask your own question.

23
Where can I buy the German environmental badge while driving to my destination in Germany?

18
Planning to stay for 3 months in Berlin, Germany. Should I bring a car with me?
23
Where can I buy the German environmental badge while driving to my destination in Germany?
17
Is there a usable online map site for China?
13
If you have a rental car from outside Germany, can you enter the environmental zones?
10
Map of highway fuel stops in Germany
10
Is there a comprehensive map of the Shinjuku station in Tokyo?
4
How can I find the canonical validity map/area for a UK train PlusBus ticket?
8
Detailed map of Hawaii Big Island showing paved roads