I was idly browsing on google maps and came across this area on the Atlantic coast of France.

The terrain looks intriguing. What is it, any idea? They look like water bodies. But the shapes are not the typical natural outlines but more like a manmade pool. The region does not seem like a natural swamp and there's lots of roads through it etc.

It's a region with five main features in the marshes, that you can even see in Google Street View: 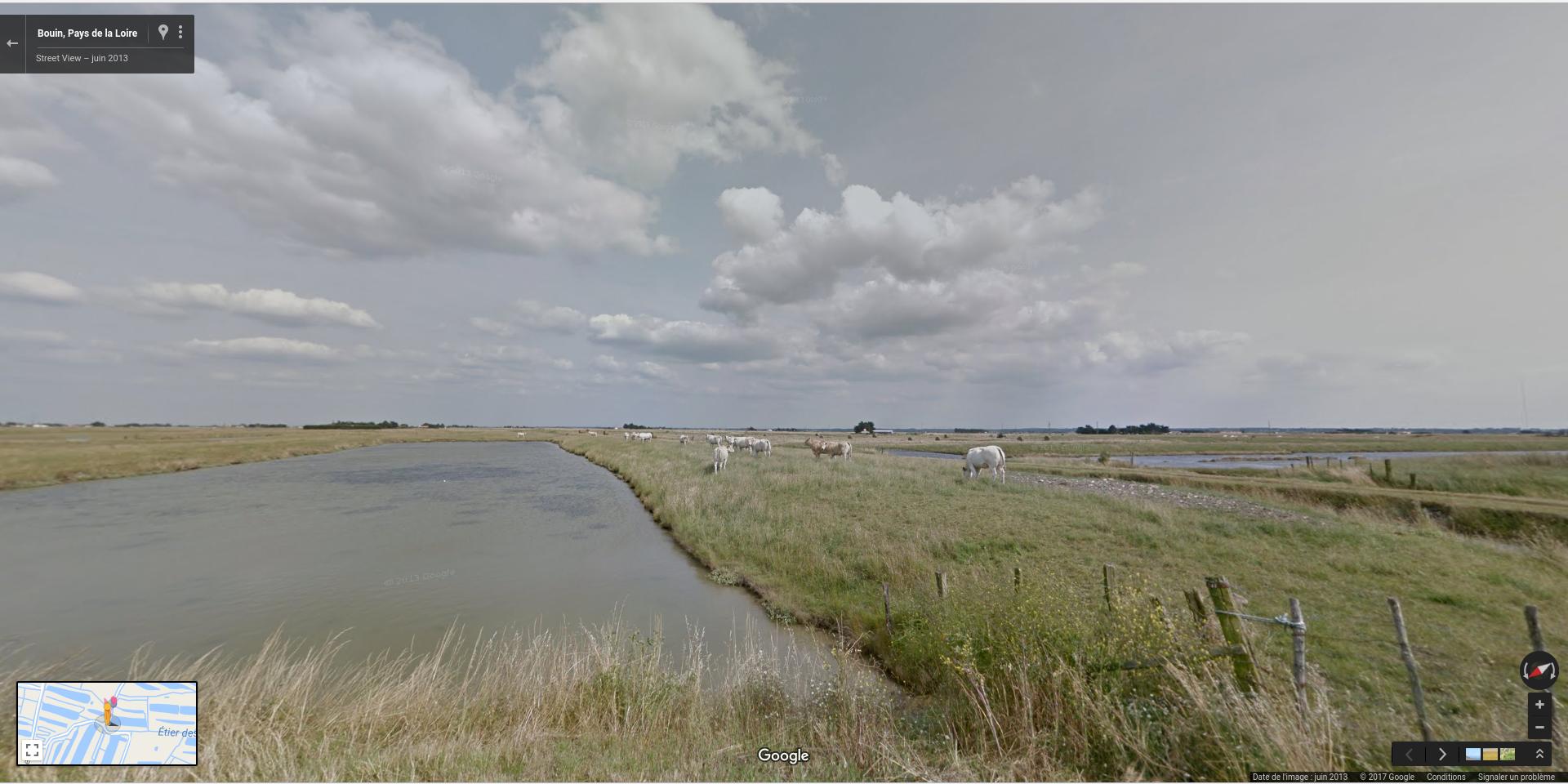 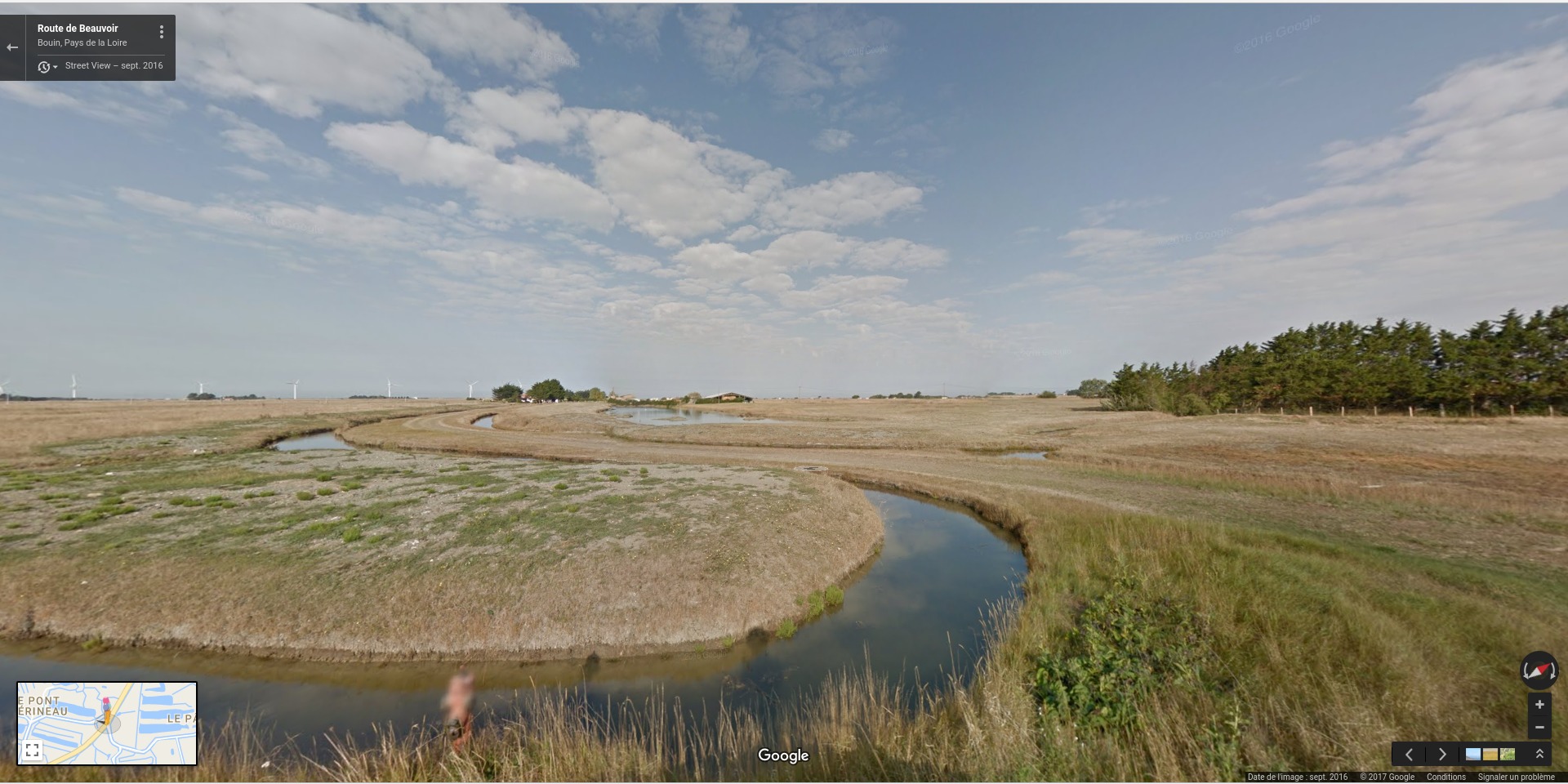 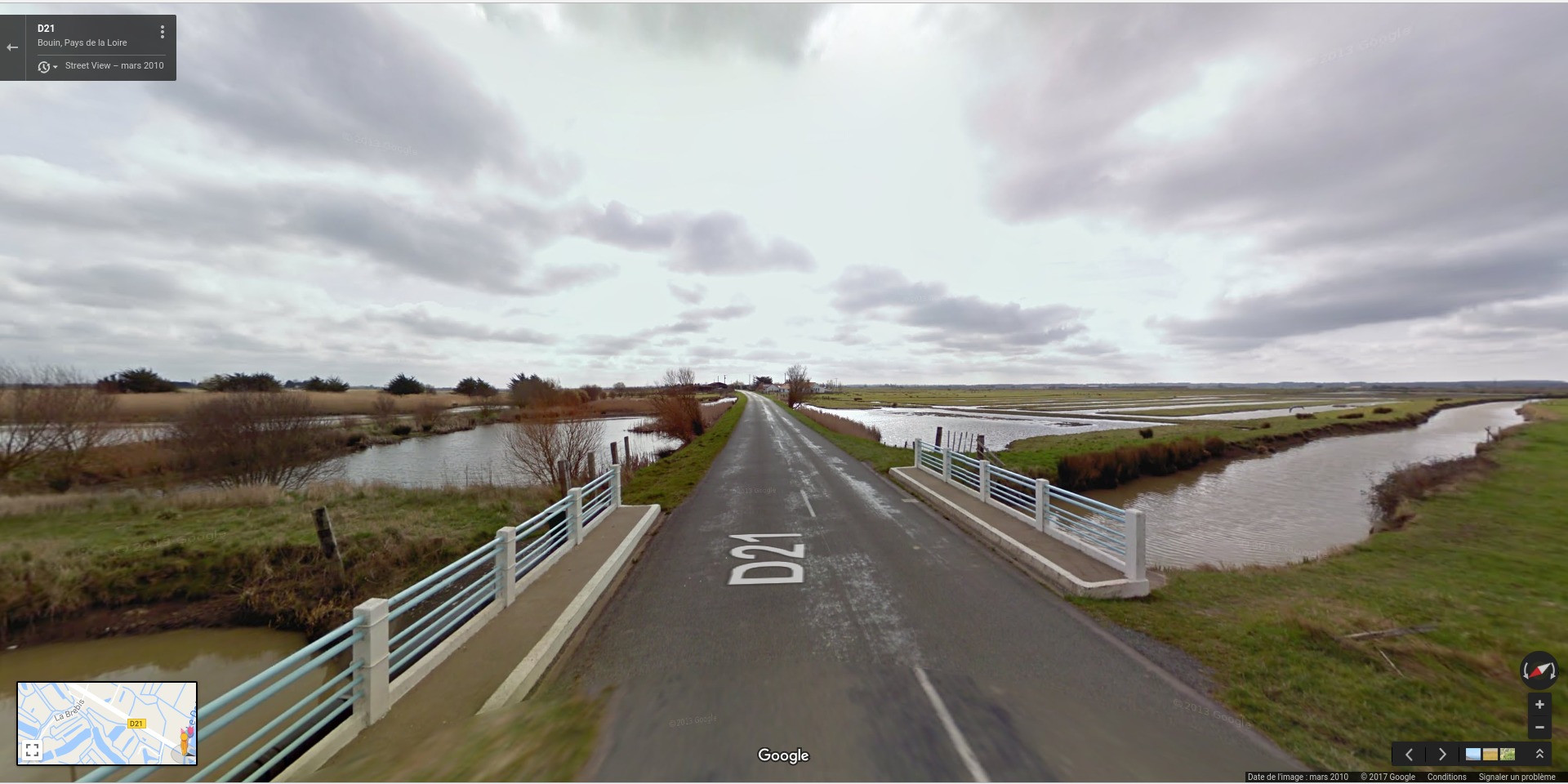 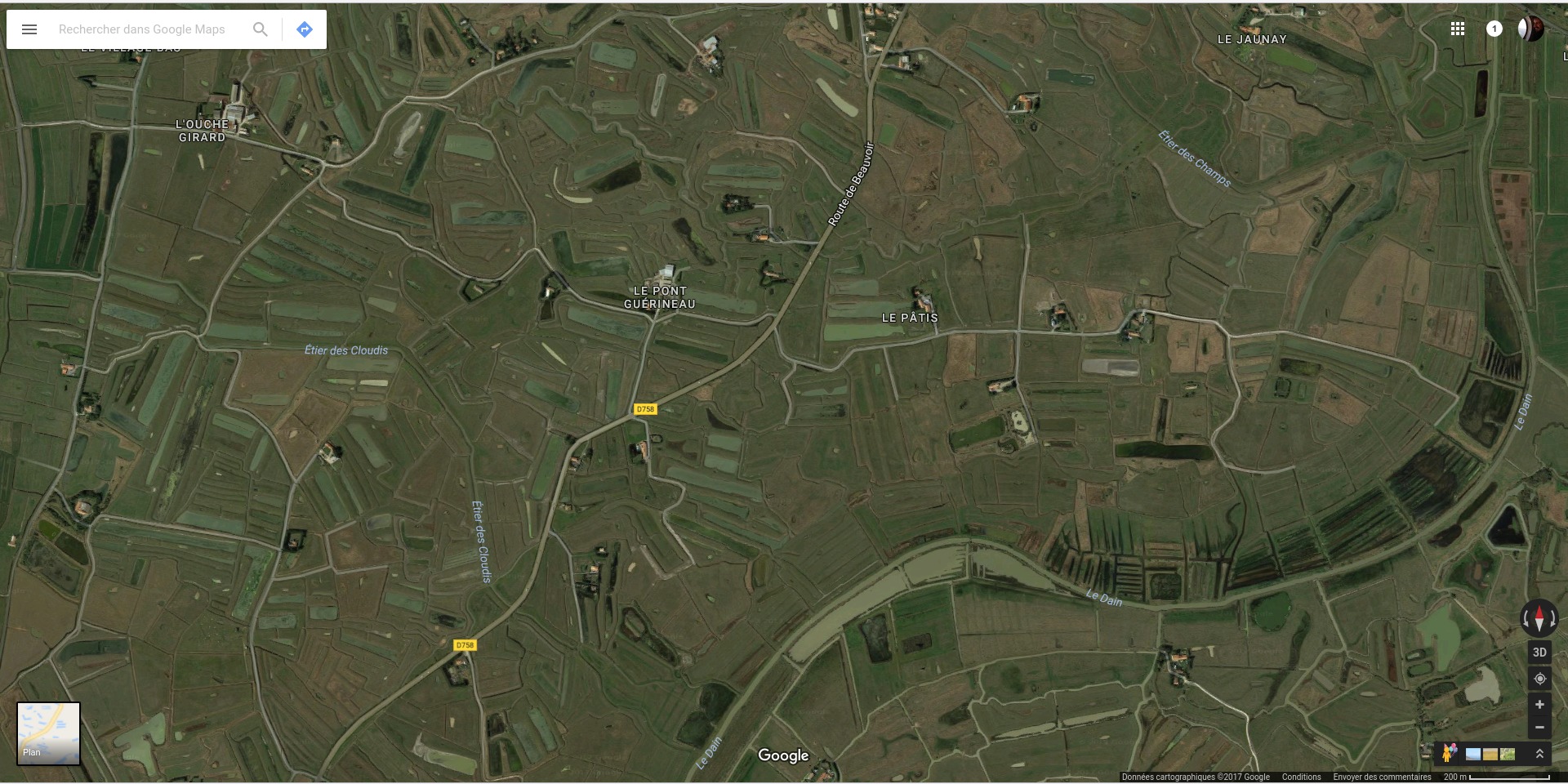 Have you seen the cows in the first photo? 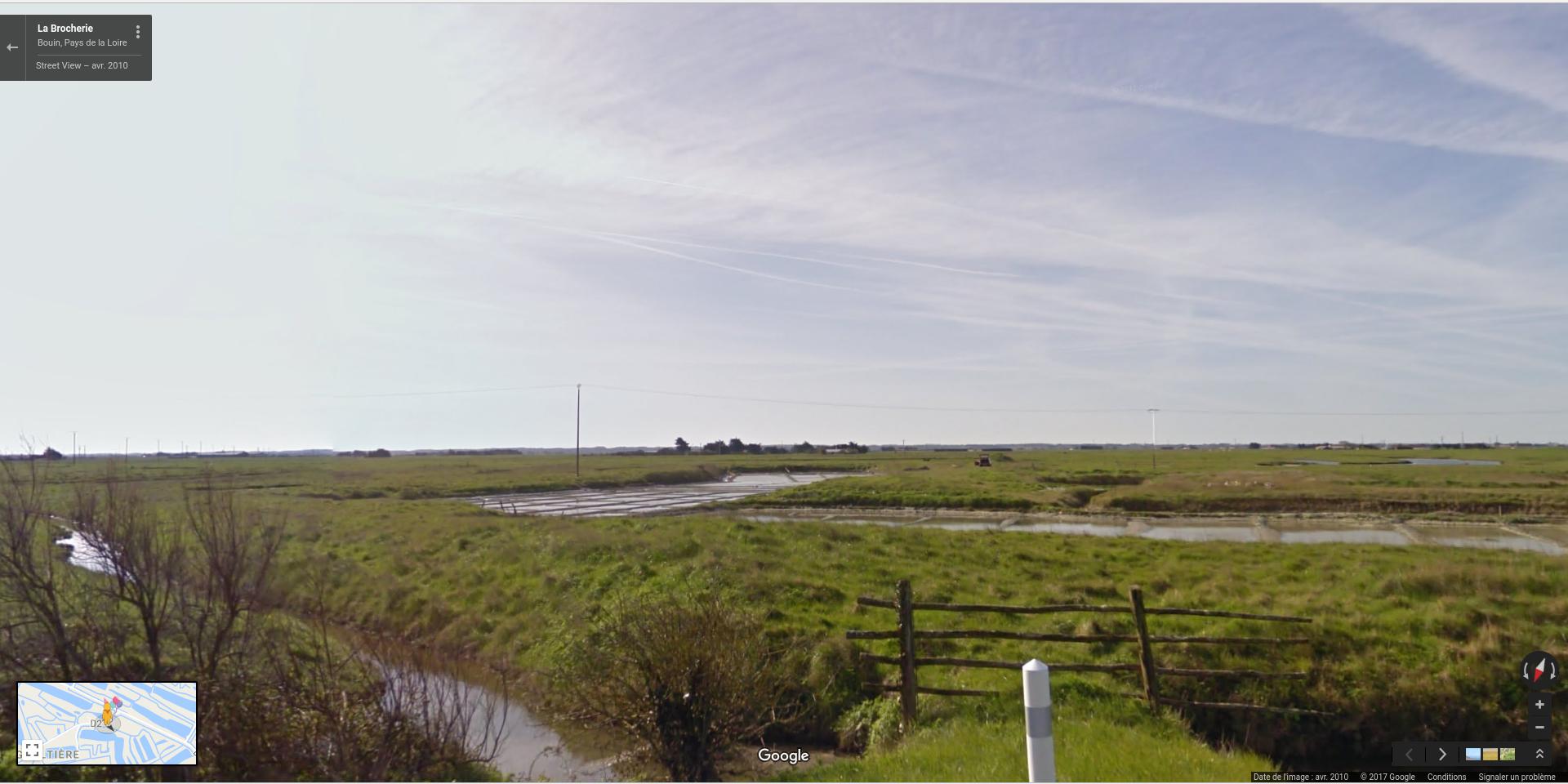 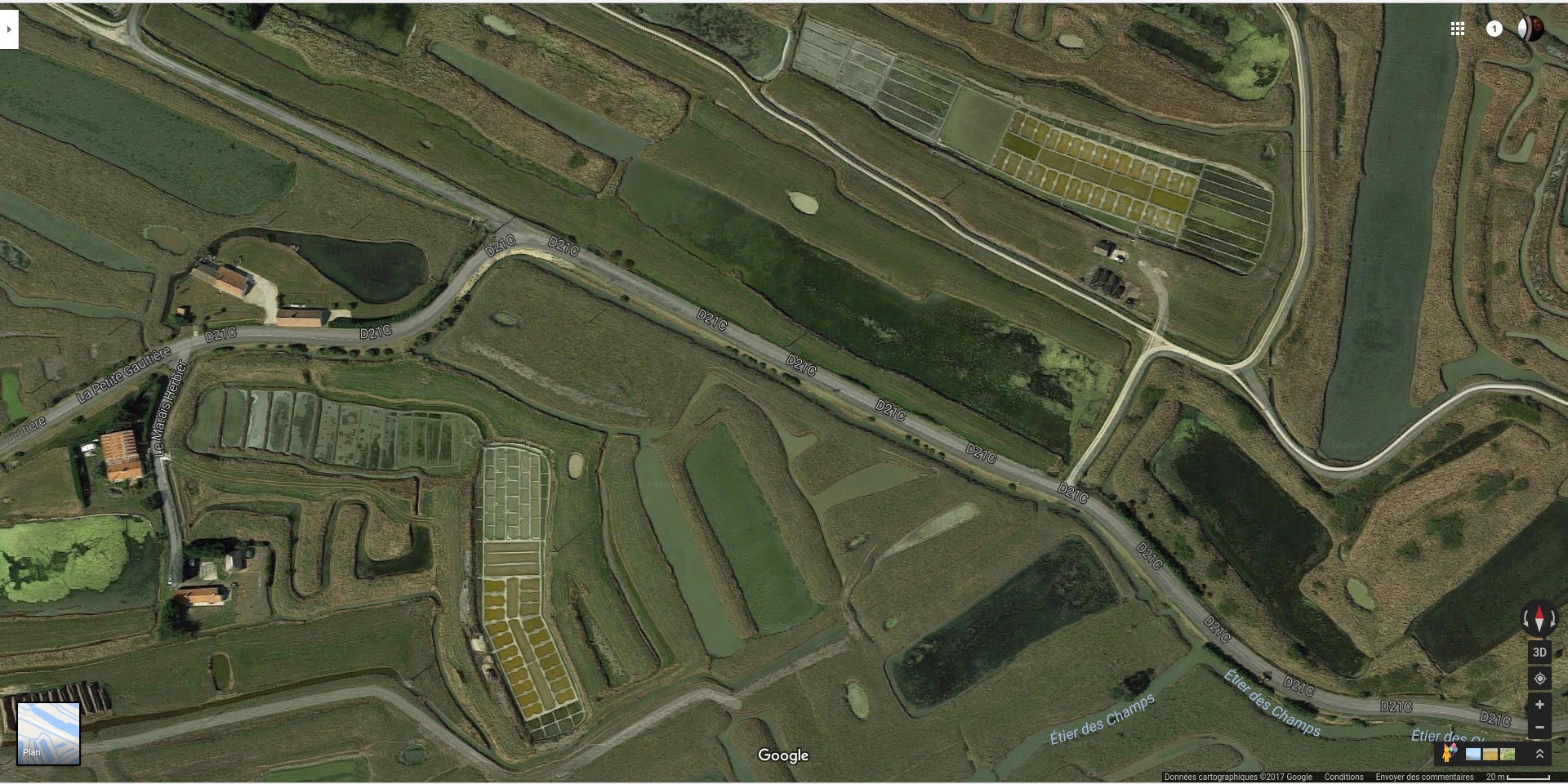 Have you seen the small dikes inside the ponds that are still used? They disappear when the salt pond gets abandoned. 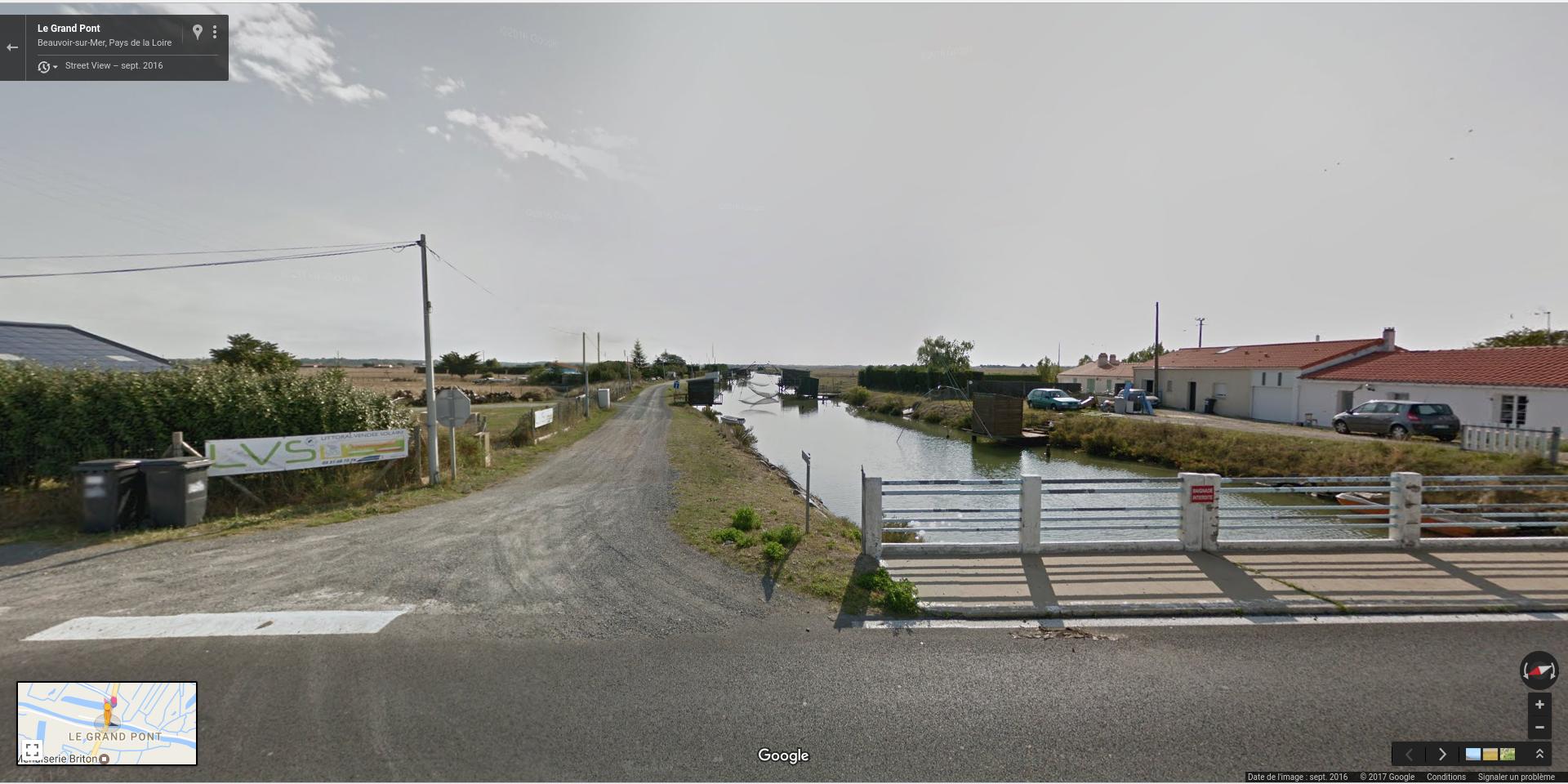 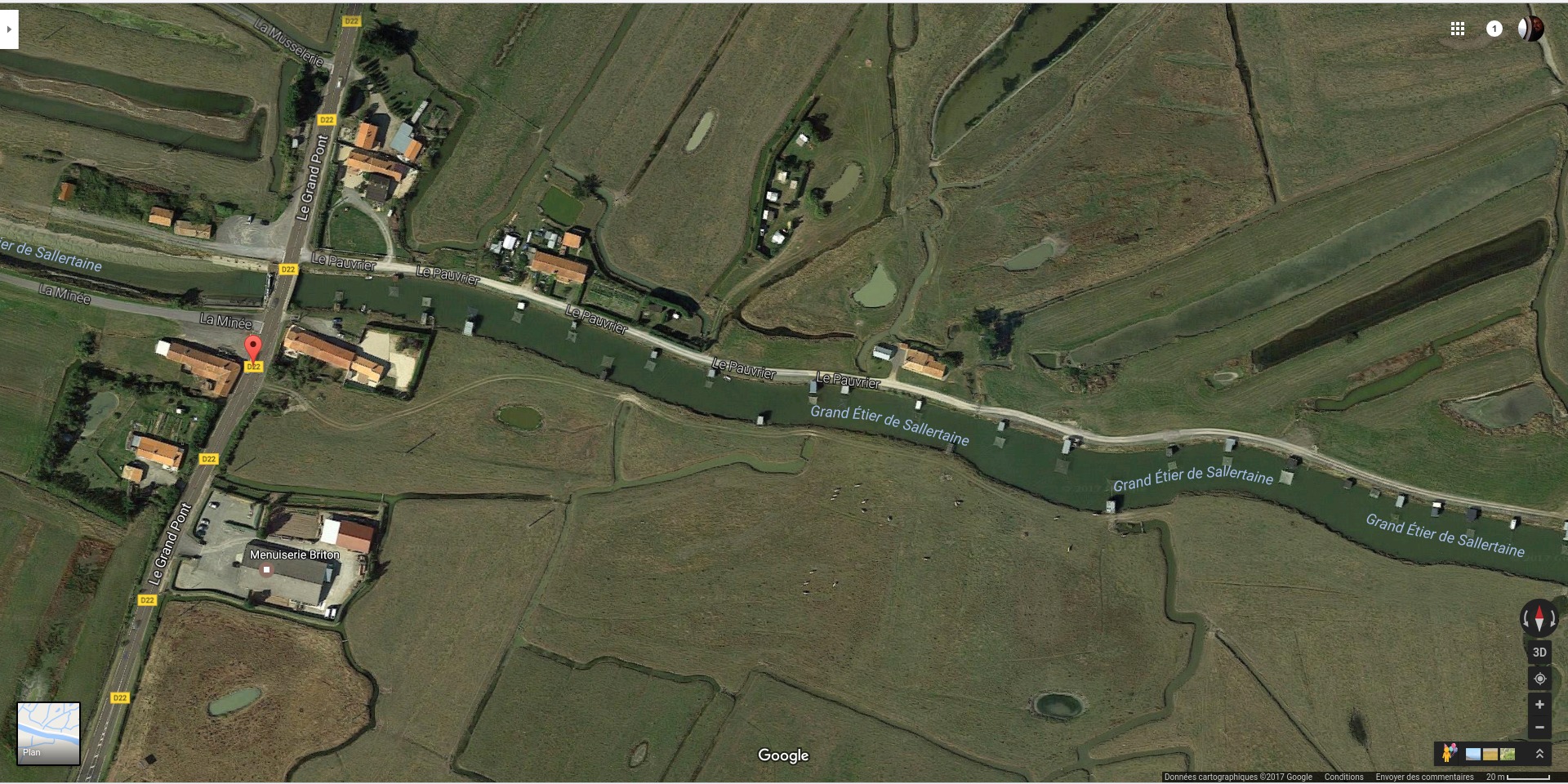 Have you seen the huts along the canal? 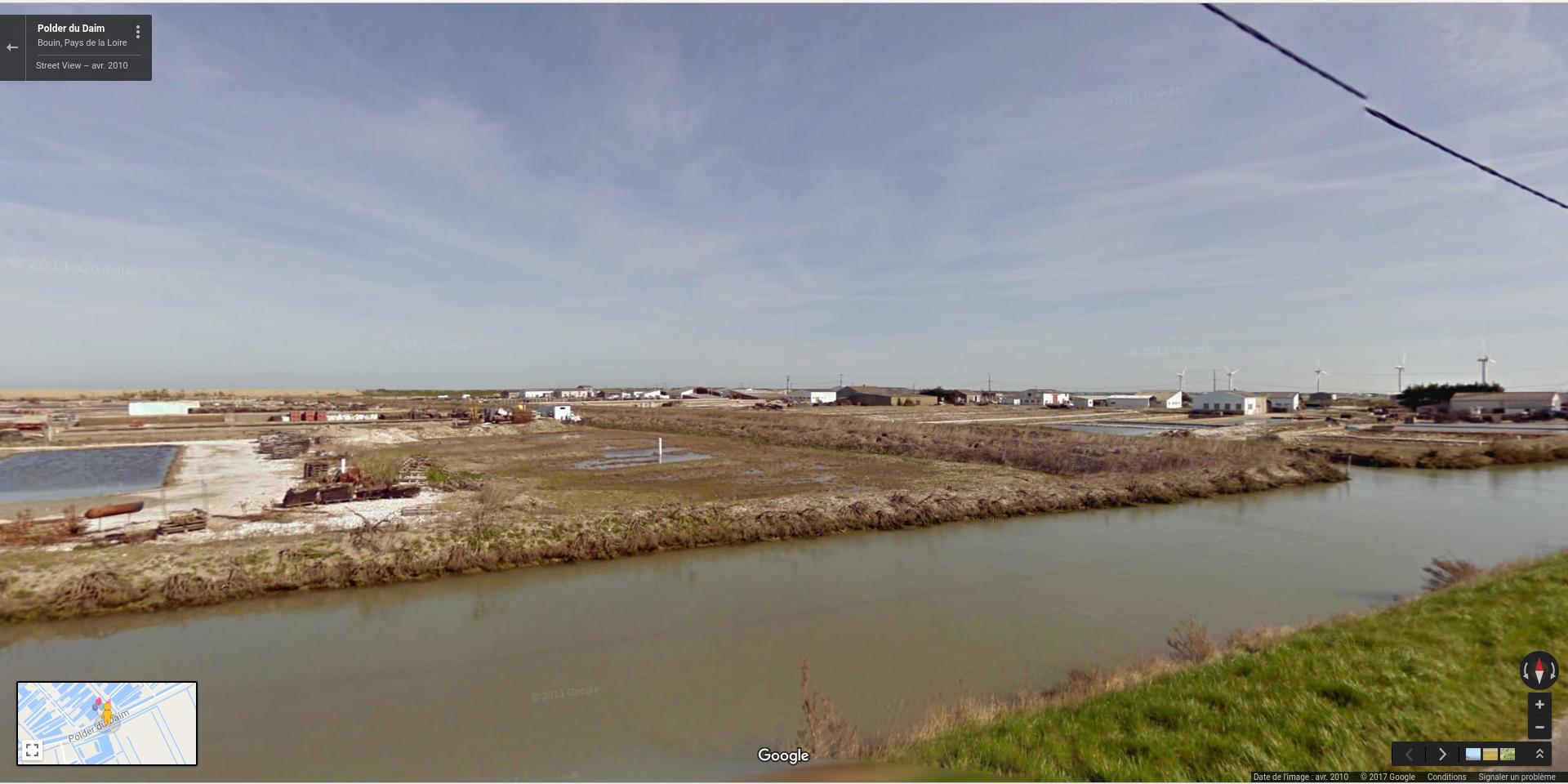 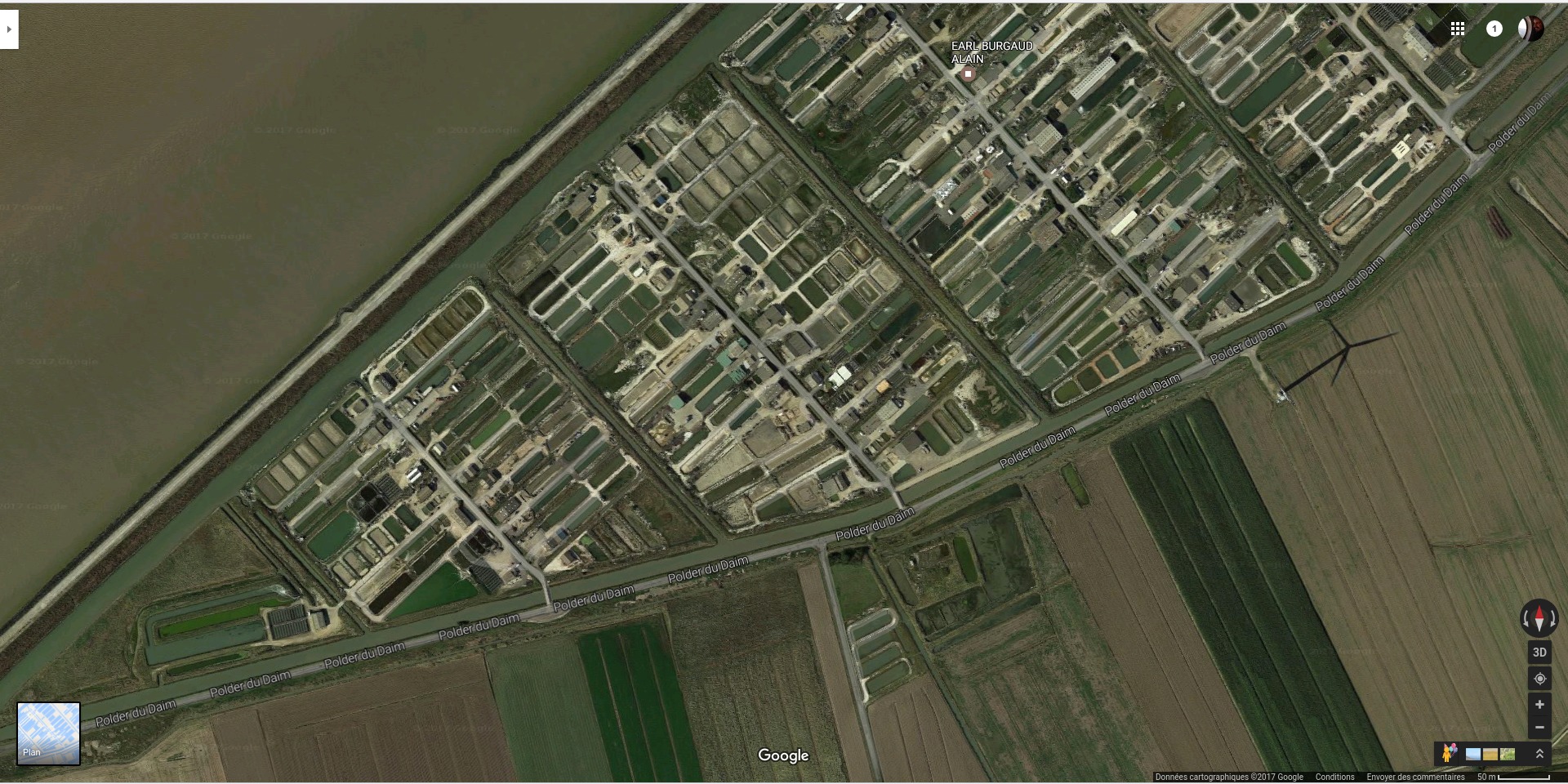 When zooming you'll see the oyster bags from above (dark green zones in the ponds). 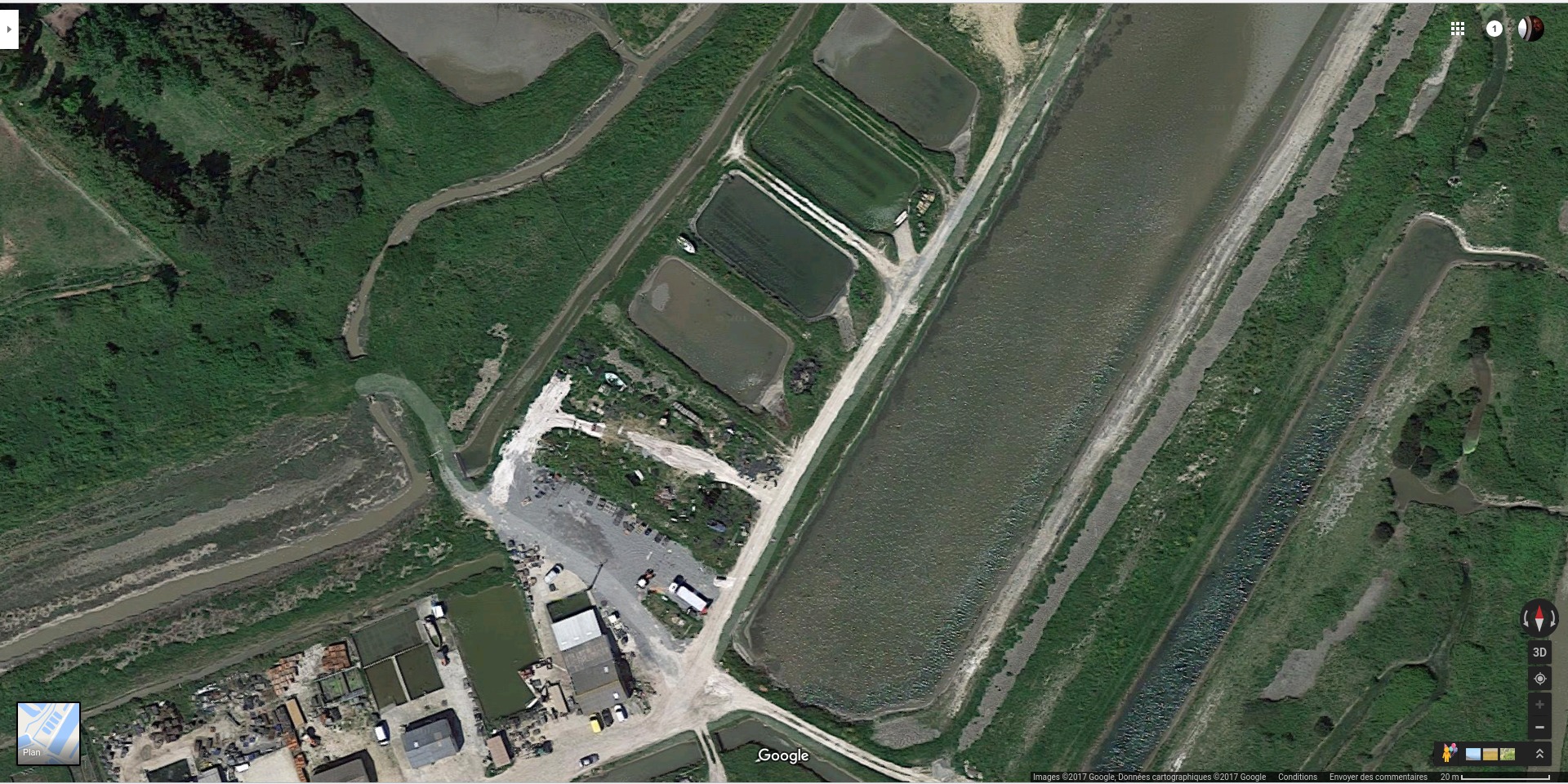 See the oyster bags there too. 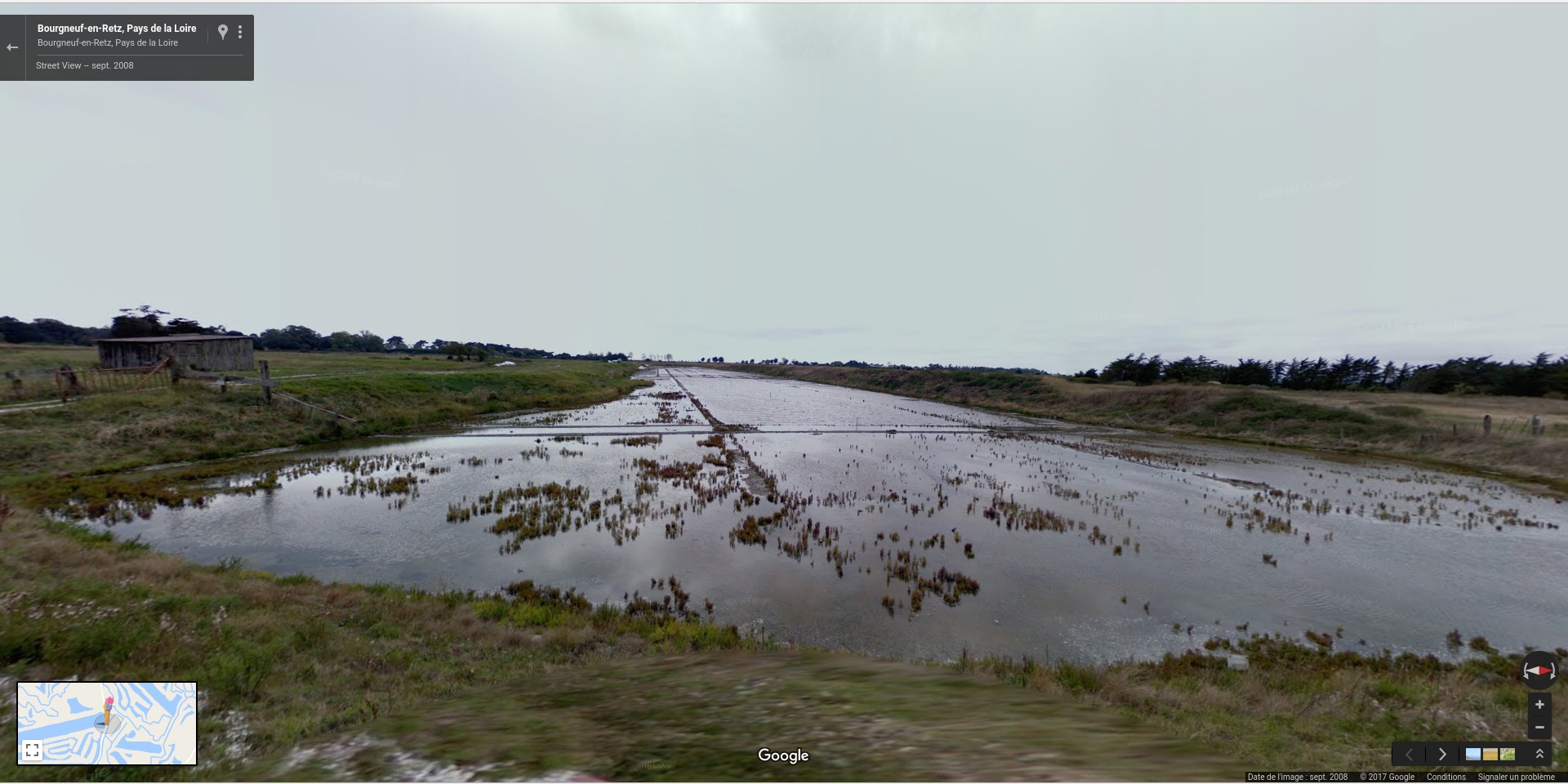 Compare with the former and actual salt ponds.

In a curious coincidence, there was a question about this part of France just a few hours ago.

You are looking at the Noirmoutier area of France, which in the past was one of the world's premier regions for the production of Fleur de Sel:

a salt that forms as a thin, delicate crust on the surface of seawater as it evaporates.

It is produced thus:

One method of gathering sea salt is to draw seawater into marsh basins or salt pans and allow the water to evaporate, leaving behind the salt that was dissolved in it. As the water evaporates, most of the salt precipitates out on the bottom of the marsh or pan (and is later collected as ordinary sea salt), but some salt crystals float on the surface of the water, forming a delicate crust of intricate pyramidal crystals. This is fleur de sel.

The map you include in your question shows salt pans. For more on this intriguing topic, I can heartily recommend 'Salt: A World History' by Mark Kurlansky, available from the usual booksellers.

Tourism forms a major part of the economy of Noirmoutier these days, and you will find many places willing to sell you some genuine Noirmoutier fleur de sel.

However, as pointed out by peufeu, the particular area you show may in fact not contain salt pans (although there are a lot in the area) - what is shown here may be oyster ponds for in-shore shellfish farming, another activity common in the area.

This tourism info page about the area includes this image of a fishery: 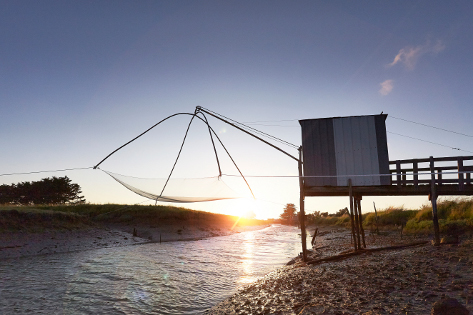 In the sheltered waters of the bay, in-shore fishing and oyster farming are important industries in the small communities of Bouin and Beauvoir sur Mer.

Also, compare and contrast this picture of salt-farming:

and this picture of oyster farming: 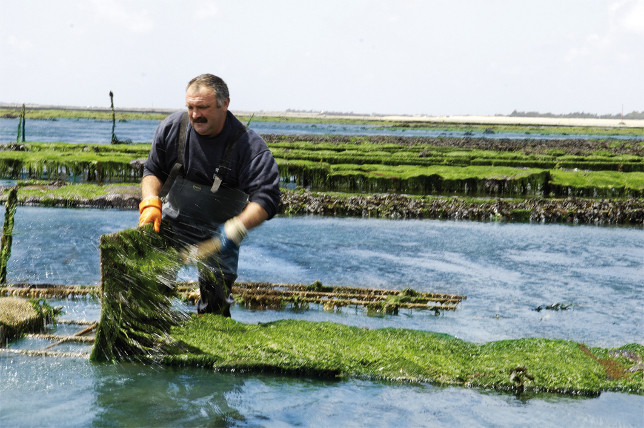 both from another tourism site for the area. The more irregular water features you're asking about seem more like the latter.

Still read the salt book, though :)

You can also look at some of the canals or ditches on Google Street View.

Some background on sel de fleur from Mark Kurlansky's excellent history of salt:

Not the answer you're looking for? Browse other questions tagged france factoids identify-this or ask your own question.

39
Is it dangerous to go to Île de Noirmoutier using the pass?

7
What is this strange monument near Bamberg Altenburg?
32
Strange knob on airplanes?
9
Road numbers' colors/shapes in Google Maps
2
Does Google Maps app work well when offline in Dordogne France?
9
Are there general discounts for cross-region TER trains in France?
14
What is the indigenous cuisine / dishes of the Languedoc region of France?
1
Looking for an adaptor to use my computer from France in Uruguay
30
Identifying a Romanesque church in France from a 1900s photo