I recently got Electronic Travel Authorization (eTA) approved to travel to Canada by air. One thing I worry is that one alphabet letter in my passport number in the eTA approval email is not capitalized Should I reapply for the eTA in this case?

No, you don't have to re-apply.
The case of the letters in passport number does not matter.

This follows from the ICAO 9303-3 standard which has this about the characters used in the Machine Readable Zone:

Printed characters are restricted to those defined in Figure 4.

Figure 4 does not have separate upper and lower case letters: 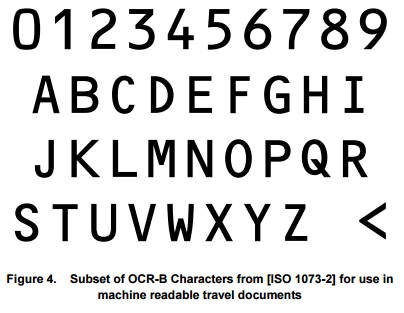 And 9303 part 4 which talks about travel documents mandates the passport number to be in the machine readable zone:

So if there would be two passports with the same characters except one of them in lowercase and the other in uppercase this would not be discernible for any machine readers which is clearly unacceptable. Perhaps you've seen when the border official scans your passport it's only the lower edge which gets swiped? That's the MRZ. Here's an example: 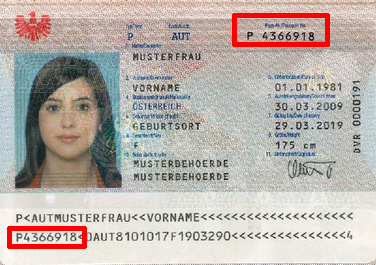 Not the answer you're looking for? Browse other questions tagged passports canada eta or ask your own question.

2
Travelling to Canada; in eTA, passport number is lower case

3
Having a canadian student visa, do I need an eTA to fly back to Canada after a trip abroad?
3
Canada Electronic Travel Authoristion for UK citizens travelling by air
9
Visiting Canada for a job interview: tourism or business? eTA or visa?
3
eTA for Canada - does the space in the passport number matter?
1
eTA Canada changed travel dates
1
How can I retrieve my Canadian eTA?
2
Canada eTA eligibility requirements?