Adapter voltage different to both mains power and appliance expectations

Sorry if this is a question better suited to Electronics.SE.

I'll be travelling from my home country of Australia to the Philippines tomorrow, and been looking for a suitable travel adapter. Unfortunately given the time constraint the only I've been able to find for type A/B sockets is a US adapter. This would be fine, except the adapter is explicitly labelled as being for 110-125V. Australia uses 240V, while the Philippines is on 220V as best I can tell - a small enough difference that it shouldn't be an issue for charging small devices like phones. My question is, is using a 110V adapter likely to cause any problems when the source and destination voltages are the same, but different (higher) than the adapter's rating?

For those curious, I did use one of those adapters and it all worked fine in the end - didn't blow up any devices (or itself), and didn't get too hot while plugged in. I do recommend caution all the same when dealing with adapters of unknown quality - but it looks like as long as the adapter isn't one with a voltage transformer and the source/destination voltages are roughly the same, the situation described in this question should be OK.

The label on the adapter is known as "cover your backside". The adapter is being sold as a USA / Canada adapter and so lists current limits based on the target market voltage. So basically the manufacturer is saying if you use it in the USA with 120 VAC don't plug in anything that draws more than 10 Amps, as higher current could damage the device (even to the point of causing it to catch fire).

There is nothing to prevent you from using it for 220 VAC, as inside is simply conductors. Just keep your current needs reasonable. Chargers for things like phones pull less than 1 amp, so not a worry. At the other end of the spectrum my desktop computer tower pulls 6 Amps at 230V, but that converts to be 10 amps at 120 VAC.

While a lot of people will say this is probably fine — and it probably is fine — I would definitely not do it myself, because given the difference between "probably" and "definitely" here could in the worst case be as dramatic as setting fire to the building or getting a bad electric shock.

Travel adaptors are often dodgy enough as it is, especially the cheap Chinese ones. They're also cheap enough that you can get a correct one without much expense or hassle. As others have stated, there are a multitude of reasons why the adaptor might be rated thus — maybe it uses really cheap terrible insulation that is just about OK for ~120V but not for ~230V. Maybe it's just not been tested at 230V but it'll probably work. Maybe there are other components like a circuit to power an LED that will blow out and make the adaptor useless at 230V. Maybe it'll be fine. Maybe it'll start arcing and burn through the plastic. Unless you are the manufacturer, you just don't know why they put that rating on it.

My opinion is that at mains voltages, there's no reason not to put in a little extra time and money to better ensure your own safety and the safety of others. While it will probably work without issue, I wouldn't count on it myself. I've seen some truly badly-designed travel adaptors cause all sorts of potentially dangerous trouble in my short time at university among people with foreign electronic devices — and those were adaptors being used for their intended purpose, they just happened to be really terrible and non-standards-compliant. There's no reason to add additional risk on top of this.

First of all, let me welcome you to The Philippines (in advance).

One thing is for sure, you can't use 120v adapters here. 200-240v is fine, I've used it before as I shop from international sellers.

Sockets here usually have the 2 straight line hole (i'm not sure what thats called).

I've mistakenly plugged appliances like radios bought from the US here before and as soon as I turn it on it just goes in smoke.

But you can always buy the adapters once you get here. Places like AceHardware should have them.

As for phone and laptop chargers I always noticed that they are rated 100-240v so you might want to check your adapters rating first. Those should be fine.

I have burned out a 110V marked Oral B toothbrush charger by plugging it into 230V instead. 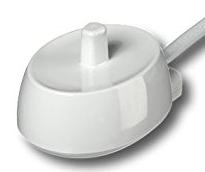 I have also burned out a dual voltage travel kettle by forgetting to flip the switch. Yeah, I am good at destroying my stuff. What's common in both? It's not an adapter with high voltage coming out , low voltage going out. I would say this is your rule of thumb: if there is a plug hanging out on the low voltage DC end to charge your phone, laptop, tablet, travel DVD player or similar electronics you are good. If it contains a coil then you are not.

Not the answer you're looking for? Browse other questions tagged power philippines or ask your own question.

11
Step-down transformer that actually works?
2
Power Adapter for travel: Grounding
10
Power converter that worked in Barcelona doesn't work in Rome - how to recover?
7
Is there a power adapter that works for all plug type pairs (A to O)?
1
Power plug adapter for Thailand for US electronics
8
Powering devices in Iceland from USA?
15
When traveling to Europe from North America, do I need to purchase a different power strip?
8
Is it safe to plug a power strip into a voltage converter?