Is there any possibility to ride on a freighter from Romania to South Korea?

In my previous question I pointed out that there is a very large Korean shipyard on the southern Black Sea coast of Romania.

This made me wonder if there might be any chance of hopping aboard a freighter from Mangalia, Romania to South Korea (I assume Busan)... Or at least whether Korean freight shipping lines are known to take passengers at least occasionally. 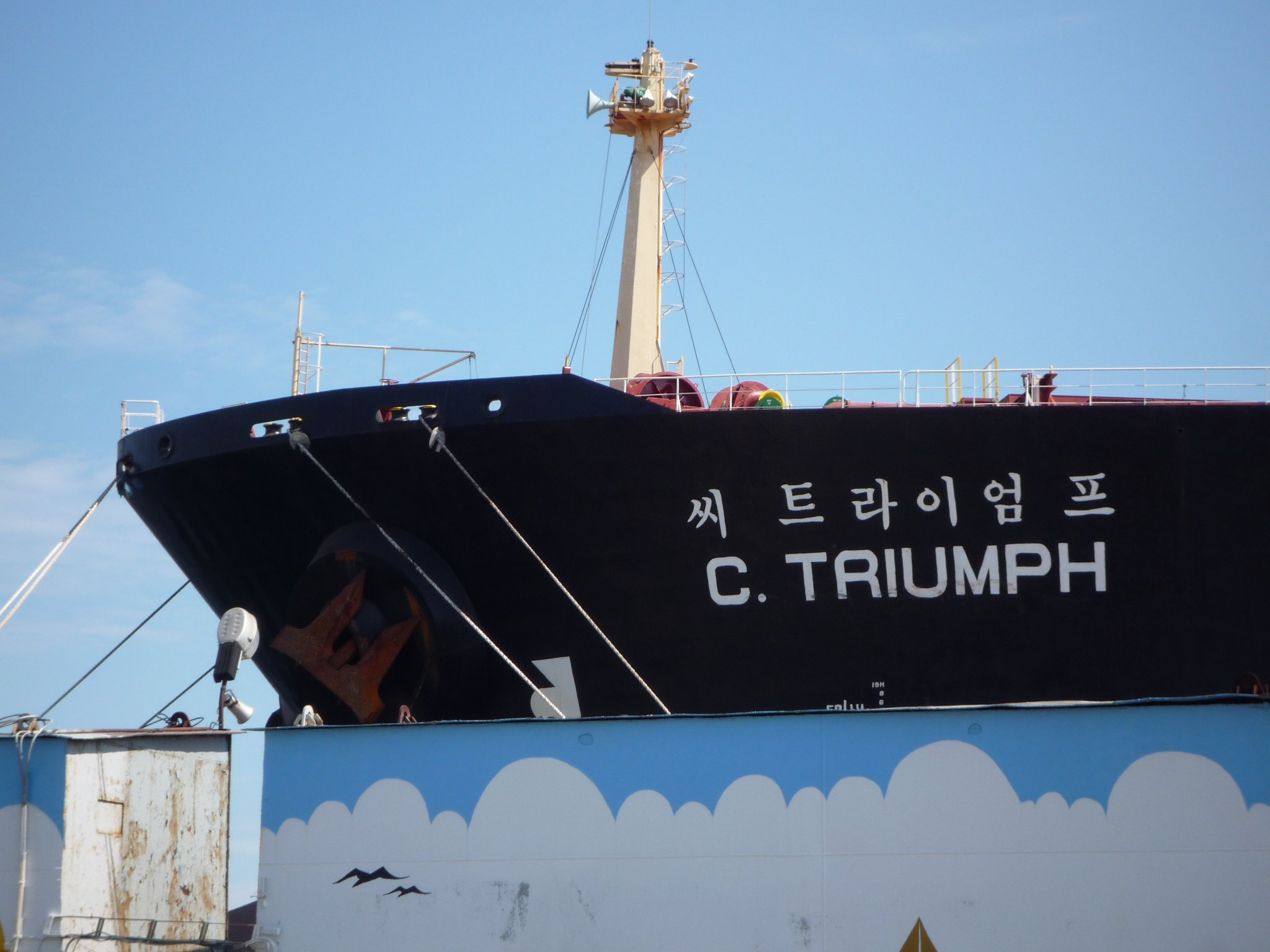 Korean ship docked at the Mangalia/2 Mai shipyard in Romania. Photo by the OP (hippietrail).

Has anyone here got any freighter travel experience? Where might I even check? Do people that travel this way enquire directly at shipyards or is it all done through agents etc?

I don't have any first-hand experience with freighter travel but all the research I have done suggest it's mostly done through various agents. Trips from Europe to Asia are readily available but none from Romania that I could find. All the agencies sell more-or-less the same trips, on container ships from CMA-CGM, Hanjin or German shipping lines. Here are a few examples of such trips (not all of them provide a direct call to South Korea):

The ship you photographed is a bulk carrier and apparently only very few of them take passengers (I have heard about grain “tramp” travel – meaning you don't know the exact destination until shortly before departure – from the Great Lakes to Europe and iron ore ships to Brazil but nothing else). Unlike container ships, bulkers don't serve fixed lines or regularly return to some “home” port, making either point-to-point return trips or tramp trade between ever changing destinations, not necessarily connected to the ship's flag country or owner.

Constanța is a large port for dry and liquid bulk but a relatively small one when it comes to containers. Major container companies have a hub-and-spoke network, much like airlines or courier companies. For example, CMA-CGM invested in the development of Malta Freeport, which does mostly transshipment and is well connected to Europe and Asia. It does also serve Romania and the Black Sea but with a feeder line connecting it with the Mediterranean and Northern Europe (don't know if it takes passengers). It's therefore unlikely that you would find a ship going all the way from Romania to Korea.

As far as I can tell, Mangalia isn't even a commercial port of any importance but really a shipyard, making it even less likely to find trips starting there through the usual channels.

This reminded my of Grimaldi Freighter Cruises that offers this service. Also the list of travel agents on the "How to book" page gives clues about whom to contact in different countries. One would guess that something similar is available for the far east also.

Not the answer you're looking for? Browse other questions tagged south-korea romania freighter-travel or ask your own question.

28
Can I travel to North Korea overland (via train)?
25
Are there any trains where roof riding is legally possible?
9
How long does it take to get US from South Korea by Container Ship?
5
Are there any places that serve Korean food in Doi Mai or Mangalia in Romania?