What is the most dangerous area of Los Angeles (or its suburbs) according to police statistics?

I will be travelling to L.A. soon and I am wondering which areas should be avoided to stay safe. Are there official no go zones? Do you maybe know of any maps?

According the LA Times the neighborhood called Chesterfield Square is the one with most violent crimes per capita as of spring 2017. Surrounding areas like Harvard Park or Vermont Vista and the Southcentral region in general rank high in violent crime statistics.

@Johns-305 Said in the comments that there is nothing like 'no-go' zones.

Thanks to @Max for providing the link to this site in the comments.

Interactive Map of the L.A. Times 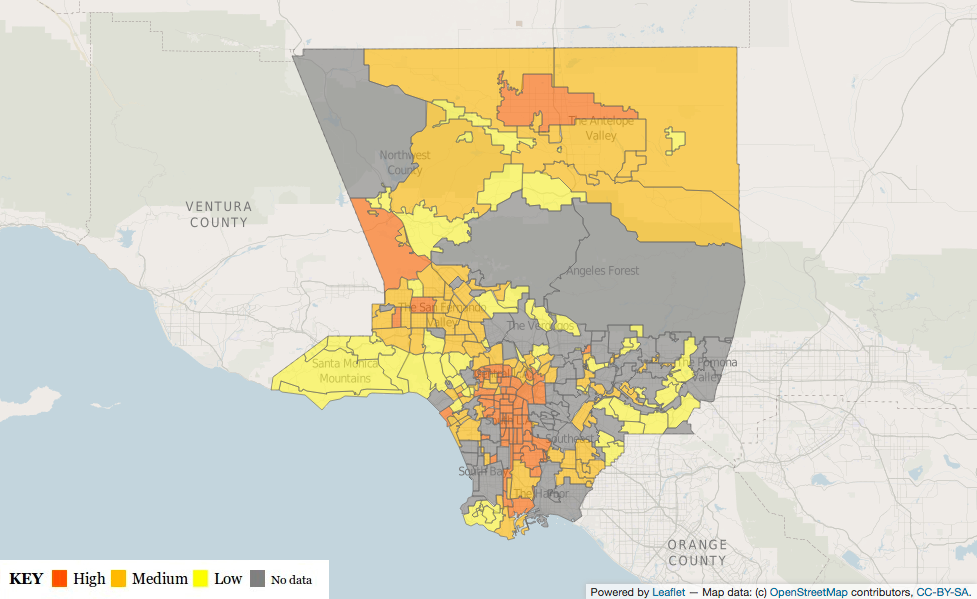 42
Is it safe to travel in Japan considering the nuclear situation?
8
8 hour Los Angeles layover - going to the beach?
13
What should I do to stay safe if my flight arrives late at night?
4
How to find where there are safety issues in Paris?
30
What is the most dangerous area of Paris (or its suburbs) according to police statistics?
3
What companies offer through bus tickets from Mexico City to Los Angeles?
9
What are the name and purpose of this domed building in Los Angeles?