If you are refused entry into the UK and given temporary admission, do you still get a refused entry stamp in your passport like this 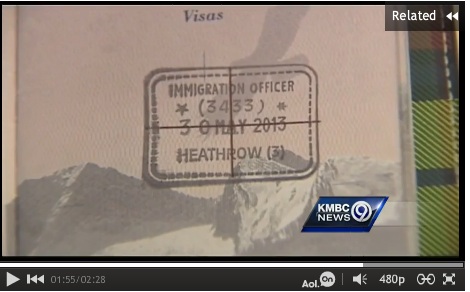 or you only get paperwork without a physical stamp in your passport?

Is there a statutory maximum on how long you can get temporary admission for?

Finally when refused entry, is the onus on you to put in a request for temporary admission, or it's automatically considered at the discretion of the immigration officer?

As per Enforcement Instructions and Guidance c56 s1:

Whilst a person who is served with a notice of illegal entry, notice of administrative removal, or is the subject of deportation action is liable to detention, such a person may, as an alternative to detention, be granted temporary admission or release on restrictions

What this means in human terms is that once a decision for refusal was made the officer can choose to detain the person, or grant them temporary admission. So to be given a temporary admission, you must fail to obtain immigration clearance in the first place, which means that you were refused and there will be a stamp in your passport to reflect this.

Whether it will be granted is entirely at Immigration Officer's discretion, you should always put the best possible case to be admitted in another category when faced with a refusal. The best working example is to be admitted as an air side transit passenger, but commonly people are too upset to think about viable alternatives.

More than any other factor, the outcome of an event with a British Immigration Officer is influenced by personal impact and articulation skills. It's also a great reason to remain civil, objective and try to control oneself when your interview goes wrong. There was one case of exactly that happening the UK Border Force Season 2 Episode 10 (as much as anecdotal sources count), where a person who kept his cool and continued to present his case managed to gain temporary admission.

The maximum allowable period for temporary admission is 6 months.

Not the answer you're looking for? Browse other questions tagged uk visa-refusals passport-stamps or ask your own question.

46
What is meant by “personal impact and articulation skills” in the context of border entry?

4
Entry Refusal - what does this stamp mean?
13
I've been granted temporary admission to the UK for only three days. What can I do?
8
Denied entry into UK/given temporary administion - anyone entered again without a visa
6
UK visa refusal, seeking temporary entry to collect personal items
6
Returning to the UK after previous temporary admission?
7
Visa ban/ British passport application
5
Will I have problems going to other countries after being refused entry to the UK?