Is there a power adapter that works for all plug type pairs (A to O)?

Why is there no universal travel adapter available for type A+B+C+D+E+F+G+H+I+J+K+L+M+N+O ? (http://www.iec.ch/worldplugs/map.htm#) e.g. a smart device that checks the country it is in and adapts the voltage and the pins with some kind of universal socket.

Or does it exist somewhere? (independent of costs)

(I was looking for an adapter of type D+M and found a gazillion "universal 150+ countries" adapters but none that are really universal) (did not find even one that would support both D+M).

I think this question is not uncommon with customers. But somehow this question is no-where to be found on any of the most famous Q&A sites, which is surprising. So from the answers here-under I see confirmation but still no definitive answer.

So the answer seems "buy one (or more) for each specific region, no generic adapter exists because of probably business reasons, but no references or research in this market is known. It is not known how much it would costs and it is not known how customers would be interested. It would need to cover A,B,C,D,E,F,G,H,I,J,K,L,M,N,M,O single plugs together with a transformer and possible frequency conversion and taking into account safety regulation. Time will tell if anyone ever will create such a product."

Electrical sockets and plugs have more attributes than just the arrangement of pins, the distances between them, pin length and pin form. The different types of sockets and plugs are not only commonly used with, but also designed for different voltages, power limits and different safety requirements. It is simply not possible to safely adapt between arbitrary sockets and plugs unless you know exactly what you are doing, and to be frank, a common consumer does not know what he is doing when dealing with electricity.

I am aware of one such adapter, called Adapter 1, by an American company called MOGICS. Unfortunately it only accepts US plugs: 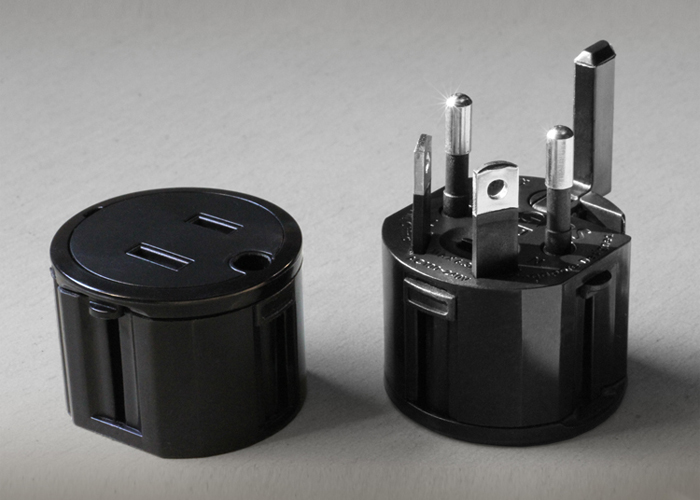 Otherwise there are plenty of plug adapter kits on Amazon: 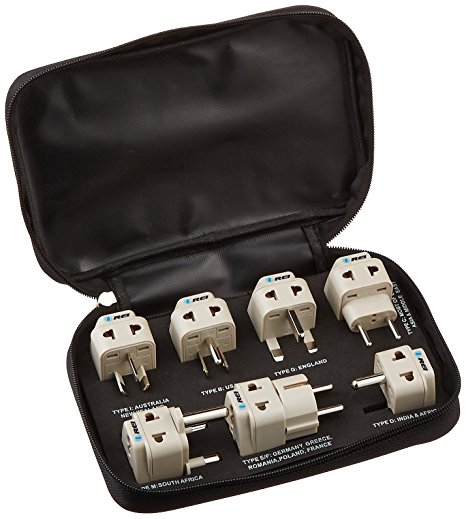 It's quite a bit more bulky but I'm guessing you're not constantly moving between distant parts of the world, so one at a time should be more than enough. You may also consider getting a new plug adapter whenever you fly into a new country - they're usually ubiquitous at airports.

Adapting the voltage would require a transformer; they are available and heavy and for most electronics it's not necessary. Kettles and similar heating elements, Oral-B wireless chargers for toothbrushes and such are not dual voltage.

As for the plug shape since you linked grounded plugs as well the answer is really easy because there is only one (perhaps copied by the Chinese and relabeled by Tumi and perhaps others but still) plug shape adapter which can convert grounded adapters universally: the Skross World Traveller Pro. OK, I lied it's a series and Skross also has a Pro Lite series but these are basically the same. Look at the specs and all the shapes it allows for: 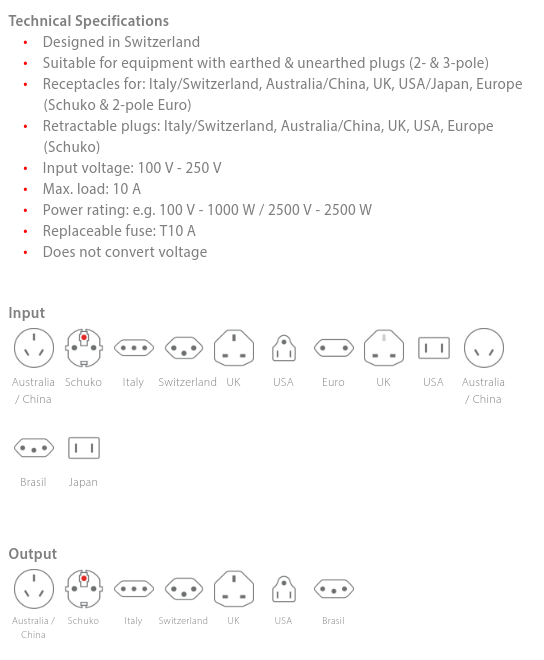 It has two parts, first it converts everything to a Schuko: 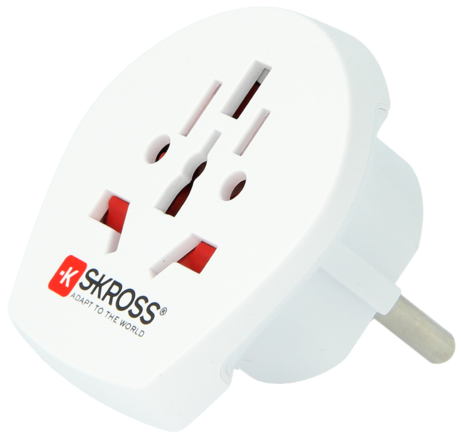 then it converts a Schuko to everything: 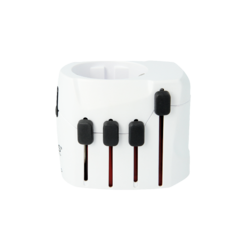 these parts are available and usable separately -- but they can be put together to form a single adapter: 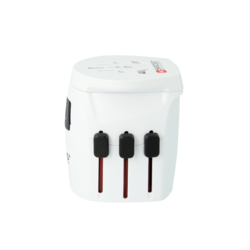 If you want two poles only then the Mogics Bagel + adapter that JonathanReez partially linked is indeed the best.

From what I can see, the O plug is only used in Thailand ?

The internet say you could use a C, E and F plug. So, look for those kind of adaptor ?

Not the answer you're looking for? Browse other questions tagged international-travel power gear or ask your own question.

7
Adaptors that work in the various electricity outlets in Europe
18
Are there any countries where modern devices that take 100-240V AC power won't work?
5
Will this device work with a US/Europe adapter?
5
Ground on "type E" plug adapter
4
Power adapter for Europe - Type C or Type E/F?
6
Adapter voltage different to both mains power and appliance expectations
11
Will this travel adapter that supports "more than 150 countries" work in South Africa?
1
Power plug adapter for Thailand for US electronics
0
Power sockets in Ecuador - grounded or ungrounded?
11
Converter vs Adapter