Why would I want a hard-shell suitcase (for air travel)?

I'm about to buy a suitcase (something I don't do often). I've only ever had fabric-shell rather than hard-shell cases, and I'm almost sure that's what I'm going to buy again, but I was wondering - why ever buy a hard-shell suitcase? I mean, some websites says it better protects what's inside, but the thing is that the case itself will bang against what's inside - so you seem to be trading protection against pressure for protection against being thrown around; and I would think the latter is more important.

Are there any significant advantages to hard-shell suitcases that I'm ignoring (and might change my mind)? And - is my reasoning about protecting the contents correct or am I missing something?

Ignoring things like aesthetics, personal taste, etc, it's more or less what you said:

...but of course you can mitigate the loss of protection against being thrown around by packing strategically to fill the space and use soft items to protect fragile items (e.g. wrap clothes around things, wedge things in place, fill gaps).

Hard cases can bring a benefit when your luggage includes fragile / hollow items that would squish or crush in on themselves if weight is piled on them in a soft case. For example, I went with a hard case when transporting an unusually shaped musical instrument that didn't fit any proper purpose-designed touring-grade hard cases - but I've used soft cases (backpacks, sports holdalls, fabric wheeled cases) almost all other times, with normal luggage like clothes, books, bottles wrapped in clothes, etc.

Don't rely on hard shells alone, however - as people have said in comments, hard shell cases tend to be quite thin and flimsy and crack disappointingly often. I'd recommend taking additional precautions. For example, my fragile musical instrument was:

All together, it worked very well. To be honest, with all of that it may well have been okay in a soft case too... but the hard shell probably helped as one factor among many.

As for waterproofing, there may be a small benefit, but only a small one. One time I wished I had a bag with waterproof sides after a trip in an unexpectedly waterlogged canoe in unexpectedly choppy water, but even then, it was only the outer clothes that were slightly damp. It'd need to be virtually submerged in water for it to soak through layers of clothes in a tightly packed soft case, and most shell cases can let water in at the zip. If waterproofing is a major concern, a better solution is to use dry bags inside whatever case you use, or do the thing where you wrap the case in plastic at the airport.

Under normal circumstances, soft cases are probably slightly preferable because they're easier to pad out and less likely to be seriously/irreparably damaged (e.g. it's easier to fix or patch a tear or stretched seam than a hard case that cracked after falling).

Security would be one reason, as can be seen on this forum thread when an unscrupulous airport employee tried real hard to get inside the bag: 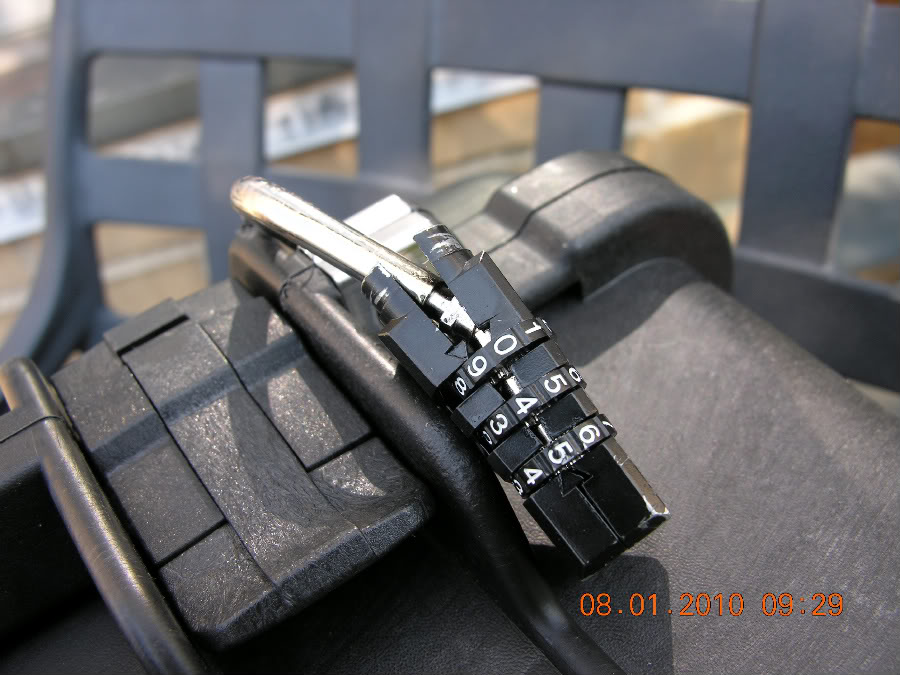 I do not think there's any softshell that would've protected its contents against such an attempt.

Another reason would be caring for the bag itself. One my bags once developed a tear from what was clearly dragging on oily tarmac. I was fortunate enough to make it home with it and Eagle Creek fixed it (for free, because EC has a warranty like that, that's why we buy EC) but just as well the bag might have given it up completely. There are horror stories of other suitcases or bent conveyor parts acting like an knife. It takes a lot more to tear my Samsonite Firelite apart than a softshell -- even if it's made of such sturdy materials like 1000 denier Cordura fabric that Red Oxx uses. In the past I had a Pelican 1620 which probably could have withstood anything short of a direct nuclear strike (the photo is a Pelican 1514) but I have parted with it because I can't justify the weight vs sturdiness ratio and now just check the Firelite in. It's sturdy enough for me.

The advantage or lack there of is totally dependent on your packing practices. What do you take when you travel and how full is your luggage each trip.

If you take clothes and a simple toilet kit, then there is really no added advantage to a hard sided suitcase, other than perhaps some waterproofing if the cloth sided suitcase is not coated nylon.

On the other hand if you take fragile bottles of perfume or a few bottles of whiskey to drink yourself to sleep in the room, then then the added protection of a hard sided suitcase comes in handy.

From a fullness point of view, a hard sided suitcase is subject to items being thrown around during handling if it is not filled completely with clothing and such. But whether this matters or not again depends on what you pack and whether or not you compartmentalize your packing using things like Packing Cubes.

Ultimately there is no singular answer. You need to consider what you take on your travels, what souvenirs you might buy to bring home and how fragile all these are. Then buy a bag that works best for your specific needs, not what the advertisers claim.

Protection for both things inside and people outside.

Since I have changed to exclusively getting hard-sided suitcases I have never had any item inside the suitcase get damaged. With soft-side ones, every one out of five or so flights, something would get at least a little damaged or bottles squeezed out.

The other reason to buy a hard-sided case is to make it harder for handlers to get at your stuff. There is a difference, although that does not mean they won't be people who still get it. Note that you must look at suitcases specifically for that purpose if that is important to you. If the suitcase has zippers or built-in TSA-Locks, it won't be hard opening.

Not only can it have protective value for fragile stuff, but it can have protective value for stuff that won't appreciate being crushed. I owned one hardside (unfortunately, it was a spinner and the wheels didn't survive it's last flight) for transporting packets of powder. The only protection needed is to keep them secure against moving around. Anything the container will survive they'll also survive. However, they do not fare well with a container that can deform. When I transported some in a softside bag multiple packets failed. My first try in a hardside had a couple of failures where I didn't adequately secure them against movement. Secured against movement, no damage even when the airline smashed the wheel.

Another angle then protection:

Compliance with regulation and optimization.

I fly often on trips where I only have carry on luggage. I have a hard-shell suitcase that's exactly the maximum dimensions allowed to bring as carry on. This way I can cram the maximum amount of stuff within the allowed dimensions.

If you try the same with a soft bag, it will start to lose shape and you run the risk that "it won't fit" and you have to pay extra fees.

There are two kinds of hard case suitcases being sold, or at least named. The lightweight and the more massive non lightweight (?) ones.

The lightweight kind is somewhat of an hybrid- it's not nylon but still have some elasticity to it. It's not easily punched, but it's not bullet proof.

I have experience with two kinds of Delsey cases, the lightweight one survived for less than a year- it fell on its corner during delivery and was punched, this is something that would never happen in other kinds. The "real" hard one survived for years, but was much more heavier.

Not the answer you're looking for? Browse other questions tagged air-travel luggage tips-and-tricks fragile-luggage or ask your own question.

109
Why would you wrap your luggage in plastic?
21
Suitcases: hard or soft? Canvas, polycarbonate or something else?

6
Air travel with lighters
16
How to safely transport external hard drives during air travel?
10
Hard-case suitcase, that doesn't open at the side
23
Air travel with a stoma (ileostomy or colostomy)
12
How to protect glass and ceramic items for air travel?
53
Why would a company want me to book a flight via a travel agent if it is more expensive?
6
Soft-shell spinner suitcase with brakes (and external side pockets)? Does it exist?
10
Are my scuba fins likely to be acceptable “personal items” for air travel?