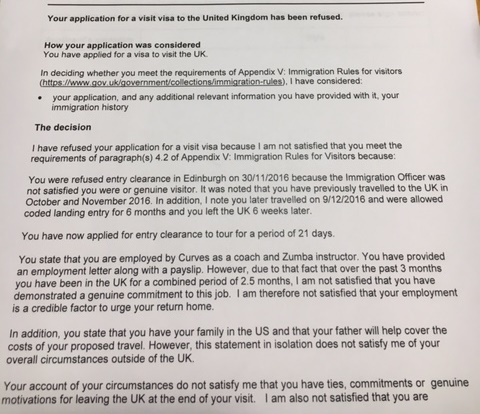 19
Getting refused entry and removed at Heathrow, X in passport
1
Refused UK visa for the second time due to lack of ties. What are my options?
15
UK visitor visa refused due to length of prior stay
5
UK visa end date is before my intended travel date, is there a way to correct it?
2
Subclass 600 Visa Refused - Visa Officer Overlook some of the facts what are my options?