My son is traveling for the first time by plane, although he is 24 years old. He will travel by plane from Zagreb to Copenhagen (on 28.2.) and he has to take a train to Odense. I'm wondering is it difficult to find train station at the airport (could he walk from terminal 2 do train station) and how he would manage to get on the right train. He has his train ticket already.

As Henrik mentions, it is very easy to find the trains.

Exiting the baggage claims area, you enter into Terminal 3 at the airport (not Terminal 2, which only has check-in). Walking straight ahead, simply follow the line marked by black floor tiles, and you will arrive at a point with elevators and signs looking roughly like this: 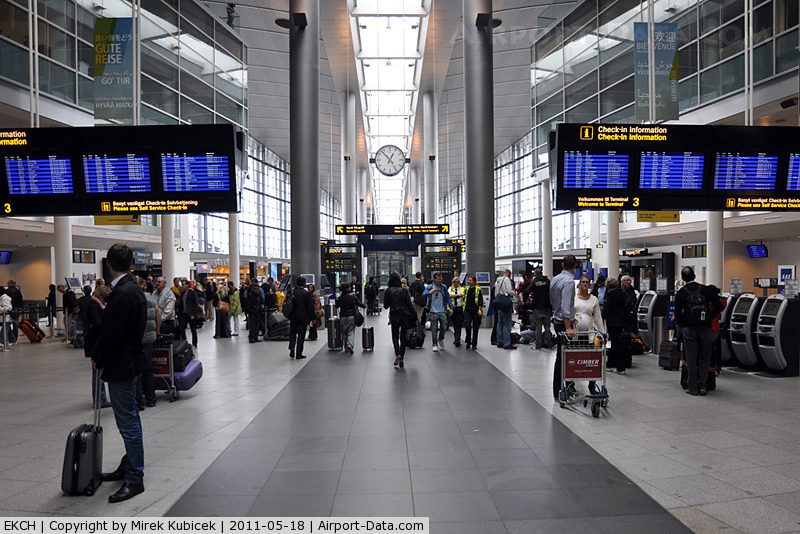 This photo looks like it’s a couple of years old, but it looks much the same still. 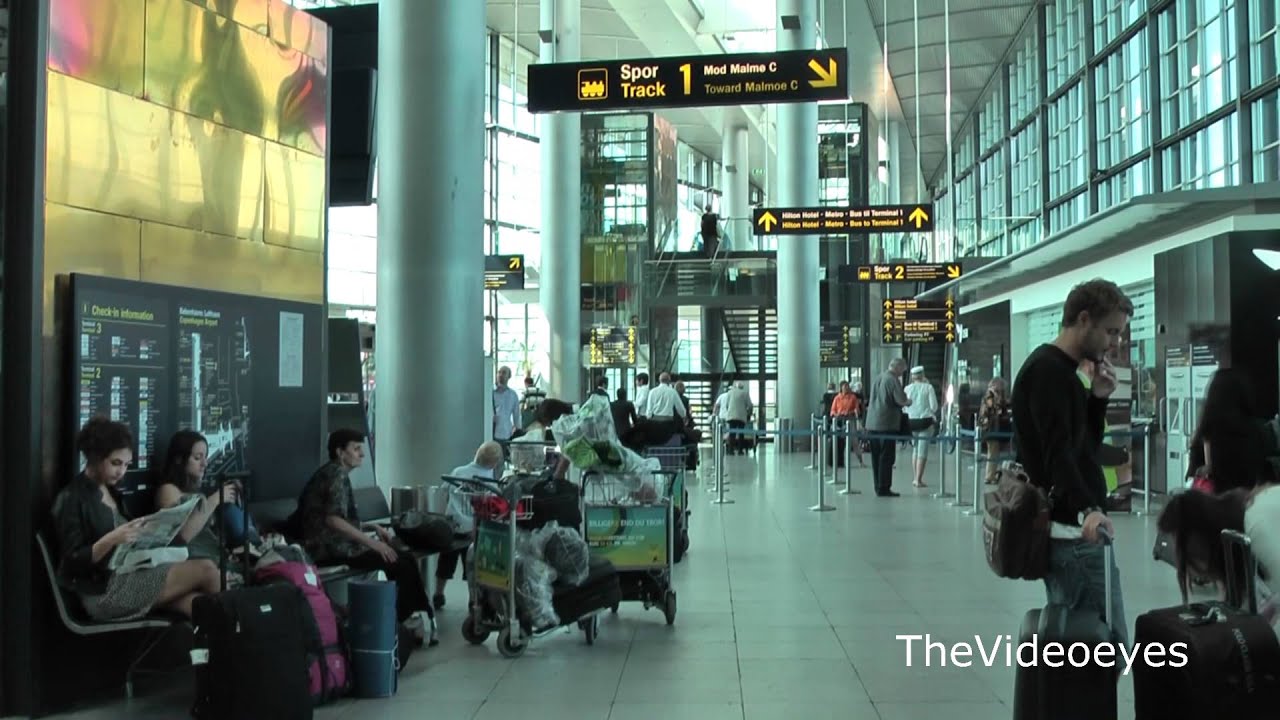 The office on the right-hand side there is the train tickets office where he can always ask for help if he’s uncertain of where to go. The sign to “Spor/Track 2” is where he’ll want to go down.

Once on the platform, he can take any train that comes. Every train that departs from track 2 at the airport goes to Copenhagen Central Station (Københavns Hovedbanegård / København H), which is where he will have to change trains: there are no longer any direct trains from Copenhagen Airport to Odense. They usually arrive at platform 2 at the Central Station.

At the Central Station, he will change most likely to one of the IC (InterCity) trains bound for Århus, Aalborg, Frederikshavn, Struer, Esbjerg, Sønderborg, etc. All those towns are in Jutland, and all InterCity trains that go from Copenhagen to anywhere in Jutland call at Odense. Most of these trains depart from platform 6 or 7, but there are huge monitors in the main hall at the Central Station that will tell him exactly which platform his particular train departs from.

The complete journey from the airport to Odense will take approximately an hour and a half or an hour and three quarters, depending on how the trains fit and how many stops the train to Odense makes on its way.

When he gets out into the arrivals hall, he just has to walk straight ahead, then he'll come to the train station. I don't know if there are any direct trains from Copenhagen Airport to Odense though, so he might have to change trains at Copenhagen Central station (København H), in that case he'll probably have to change platform there.

Not the answer you're looking for? Browse other questions tagged trains cph or ask your own question.

5
Are there ticket offices for Georgian Railways in Tbilisi?
6
Plane-train interchange time in Copenhagen
7
How can you buy train tickets at Oslo Airport?
5
How can I check the current situation in Budapest train station?
9
Finding local train ticket agents/offices in China.
4
travel from Gothenburg C to Copenhagen airport (CPH)
4
KLM flight from Brussels, pick up ticket from Air France/KLM terminal at Brussel-Zuid/Midi station
2
How long do I need from landing to reaching the train station in Zürich Airport when arriving from London?
16
Board Chinese train at a different station (on-route)