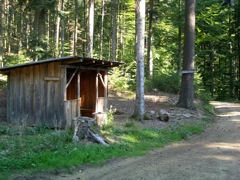 10
Which ATMs in Germany have the lowest fees for the foreign Visa debit cards?
8
Is a train reservation required or optional on ICE in the Netherlands and Germany?
1
How does the wave of terrorist attacks in Germany affect travelers?
102
Does the European number for emergencies (112) really work in Germany?
8
How do I book a seat reservation on ICE International, when I already have the ticket?
13
When planning to drive through Germany, what speed does the navigation system use for limitless highways?
6
How should Chinese citizens go about returning to China?
1
What is the weather like in the Black Forest at the end of March?