Can you travel to India with a valid visa in the old passport? [duplicate]

It was possible to enter India with a new passport and the valid visa in the old passport last year. However I can't get any official confirmation on the current status.

Notably, Timatic used to explicitly say that "Valid visas in expired passports are still acceptable, provided accompanied by a valid passport of the same nationality of the expired passport", but currently it doesn't seem to say it anymore. I've checked United one.

Transfer of visa to a new passport is not needed in emergency and the applicant can travel to India with old passport having Indian visa, along with new current passport.

Emphasis is mine. I do not have an emergency, and in any case I wouldn't trust embassy web sites as they update very slowly.

So anyone flew to India recently with a visa in an old passport? Was there any hassle/issues during checkin or immigration in India?

I'd transfer the visa, but the process is incredibly annoying, and paperwork-wise is the same as getting a new visa.

Update: things get more interesting. Apparently there seem to be two different versions of TIMATIC.

For example, one from KLM has this exact wording:

... This does not apply to passengers with a PIO card.

However the one available at http://www.iatatravelcentre.com and the one from United do not have this wording, and both explicitly omit this phrase: 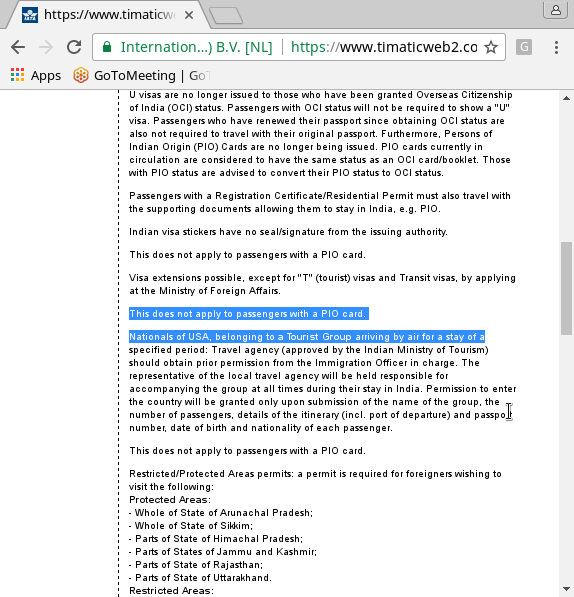 The "original" IATA interface of Timatic, on which the information seen by check-in clerks is based, says:

It's located in Visa -> Additional information, which is the section the link leads to. 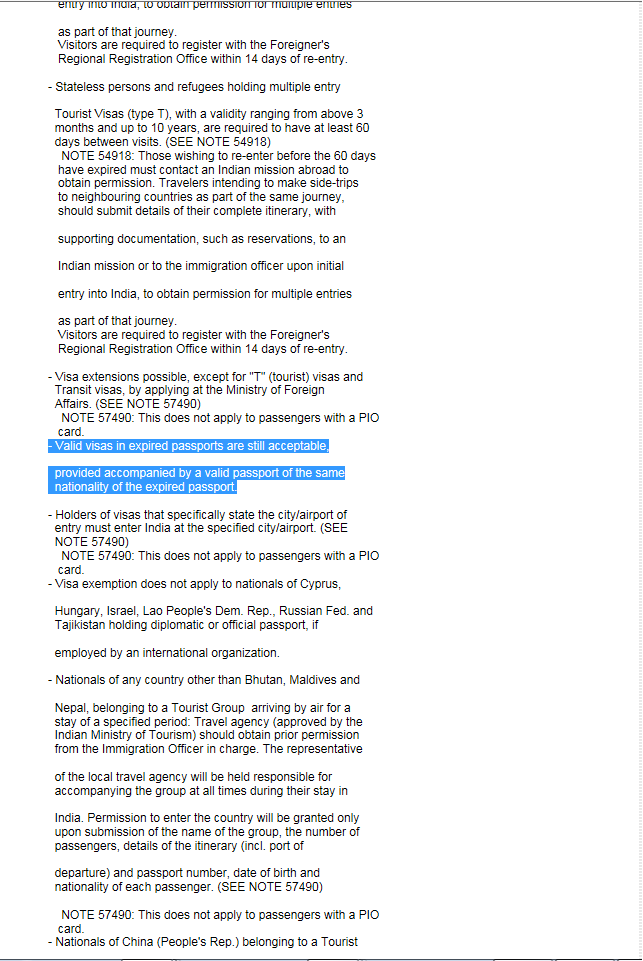 IATA Travel Centre (which is what United uses) is not Timatic, only an engine based on Timatic. It sometimes doesn't even keep up with updates in Timatic, another proof of them not being the same thing.

What check-in staff uses, however, is the actual Timatic, and it is also where the latest info from the world's governments is found.

So yes, you can enter India on your new and old passports combined

To add to the answer above, I was allowed to board the flight using this combination, but it took Qatar gate agents in Barcelona 20 minutes to confirm this, including calling phones and bringing in no less than four different people. So if you do this, make sure you account for this extra time, i.e. don't be the last in the boarding line at the gate.

Update2: every single hotel I checked in in India also wanted to see a visa, and some were confused seeing it in another passport. Also took some extra time, although was never refused check-in.

Update3: when you leave India, you also need to present the old passport with visa, so don't pack it into your check-in luggage.

Not the answer you're looking for? Browse other questions tagged visas india us-citizens passport-renewals or ask your own question.