Searching for driving directions using Google Maps, I found a number of instructions which are labelled Restricted Usage Road. Another couple of Google Searches says this could mean any of a number of things such the road being private or being limited to certain types of vehicles.

How does one find out what Restricted Usage Road means for a particular road?

For example, when looking for directions from Sun Moon Lake to Alishan National Scenic Area, I got this: 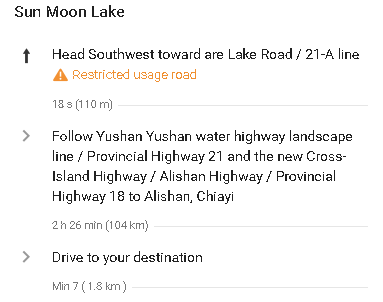 Assuming I'm looking at the right set of directions, here's what I see:

Here, the restricted usage road is the first 110m segment to get from the starting place at Sun Moon Lake to the road. Let's look at that on Street View: 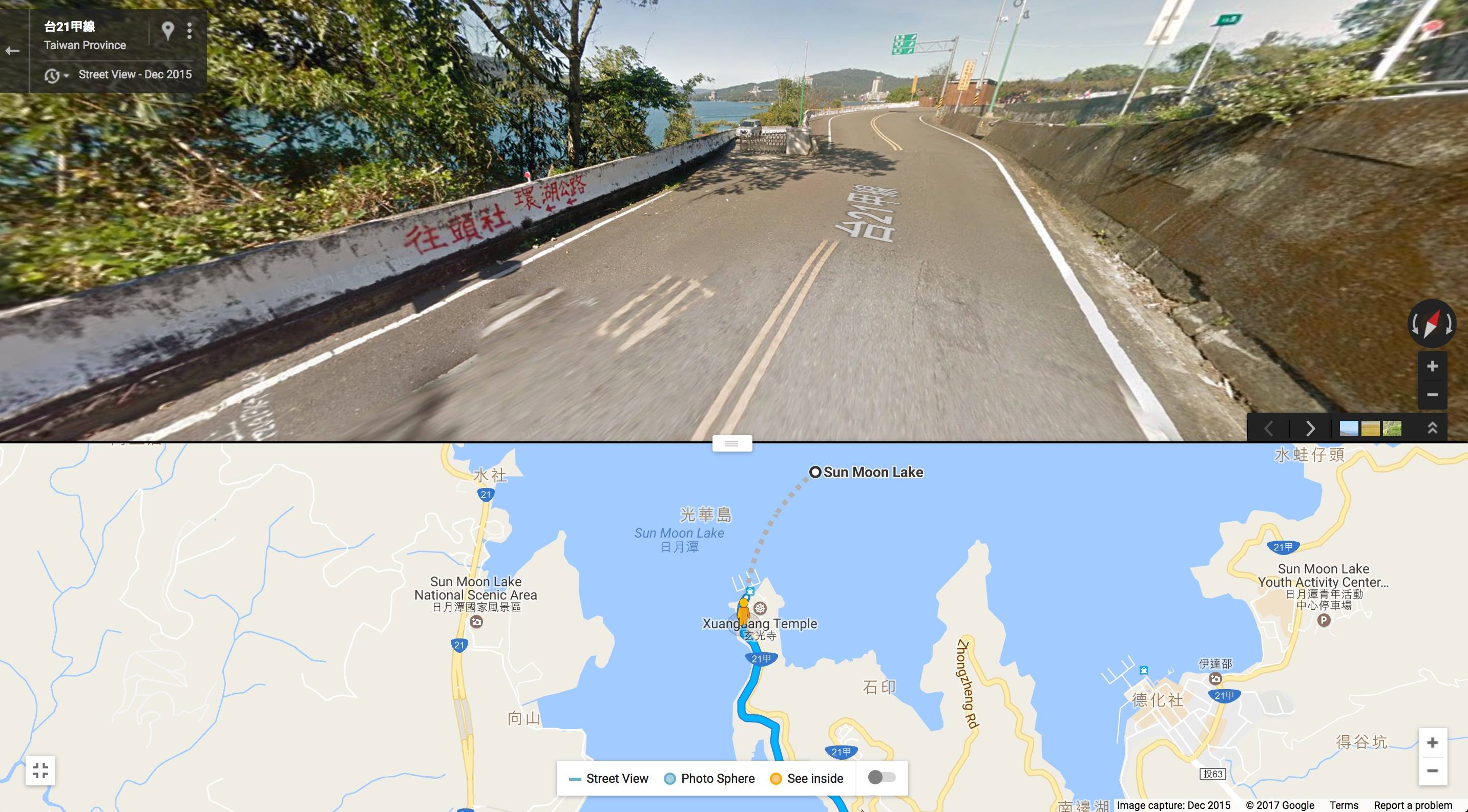 Note the gate preventing you from driving into the pedestrian pathway where there's a viewing area to see the lake, some shops, etc... Instead, one drives on to the parking area just down the road. Presumably, that road is restricted just for authorized deliveries to the shops and maintenance activities (and the Street View car, which managed to go down there), while normal visitors park in the parking area and walk down the path. Google Maps doesn't know this, and so it started the directions as close to the lake as possible: on the restricted road.

Note that I've never actually been there; this answer is based solely on the map and Street View, and conditions may have changed since those images were captured.

It is only the first 110m (I marked in red) that is restricted - that is access between the waterfront and the main road (21A, blue) is private: 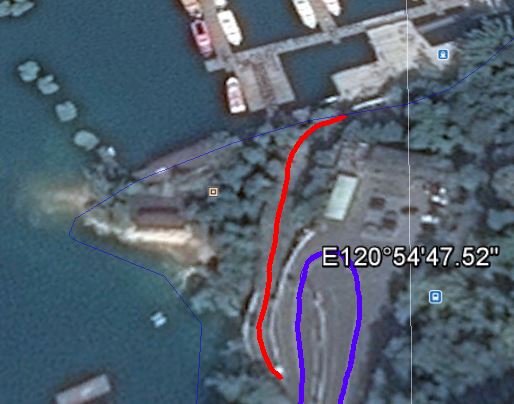 The distance from the top of the red direct to the bend in the main road is little over 100 feet.

In addition to what you can get from Google, there are other map sources: Bing, Apple, Mapquest, and OpenStreetMap. Maybe others. None of them are any more reliable than Google, but you might get a better idea by comparing all than by just looking at one.

In OpenStreetMap, each section of a "way" may have one or more tags giving details about the characteristics of that section. It's "crowd-sourced," so it may not be very reliable, but rarely are any editors motivated to deceive you.

Google does not know why some roads are restricted or if they do know, they do not care.

In my area there is a big factory where there are through roads on the grounds, but nobody is allowed on the grounds but factory staff which has good reasons to be there. So also no off duty staff and usually the staff has to use the nearest entrance to where they need to be, not crossing the grounds for an exit on the far end.
Google does suggest using the roads through the factory grounds as 'restricted roads' at times.

On the other hand, a lot of roads in the Netherlands are through roads for cyclists but cars are only allowed for access. Most of the time there is a block in the road somewhere that can be taken out for emergency vehicles. Often those stay out for the gritting crew in winter.
Those roads will also show up in Google map routes with 'restricted road' warnings, even when you have the right to use them to reach an address on the road or use them on a bike without the restrictions affecting you.

So if Google mentions a restricted road you will have to check whether it affects you. Street view is a good help.
Something as big as a factory will show up on the map, with clear boundaries. But a sign on the side of the road will not show up on the map, you can often get a clue on the satellite view as well as on street view if offered for the area.

But in some cases you just can not get information online and will have to sort out which part of the route is not available by checking out parts of the route and see where the warnings are for. And see if there are alternatives for that part of the route.

Not the answer you're looking for? Browse other questions tagged driving terminology maps or ask your own question.

19
Maps with road drivability grading
8
Tool like Google Maps Engine (My Maps)
38
Can I use Google Maps traffic information to estimate driving time for a specific date/time?
9
Road numbers' colors/shapes in Google Maps
4
Google Maps recommended "leave at" time: how reliable is this?
17
Why does Google Maps show a boat route as a European road?
3
Road trip distance/driving time planning
5
Highlight a particular road/railway line on Google Maps without specifying source and destinations
4
Google Maps public transport in offline mode?