What is the most well-preserved ancient ruin in Sardinia?

I'll be traveling to Sardinia, Italy in June this year and would like to visit a site of an ancient ruin. There appear to be many sites on the island (of varying states of decay), and I'd like to visit the best preserved to see how people from long ago lived. How can I find the most historically complete site?

#1 for popularity according to TripAdvisor is Su Nuraxi:

Su Nuraxi is a settlement consisting of a seventeenth century BCE Nuraghe, a bastion of four corner towers plus a central one, and a village inhabited from the thirteenth to the sixth century BCE, developed around the Nuraghe. They are considered by scholars the most impressive expression of the Nuragic civilization and were included in the UNESCO list of World Heritage Sites in 1997. The real function of the nuraghe is still debated.The archaeological site was fully excavated between 1950 and 1957 under the direction of Giovanni Lilliu, a local expert. The excavations allowed archaeologists to retrace the different stages of the construction of the towers and surrounding village, confirming that the entire complex was a vibrant, vital centre up to the first century BCE, during the Roman period. Excavations brought to light important remains in the form of tools, weapons, pottery, and ornaments. It is a little difficult for elderly people. Visited October 2016 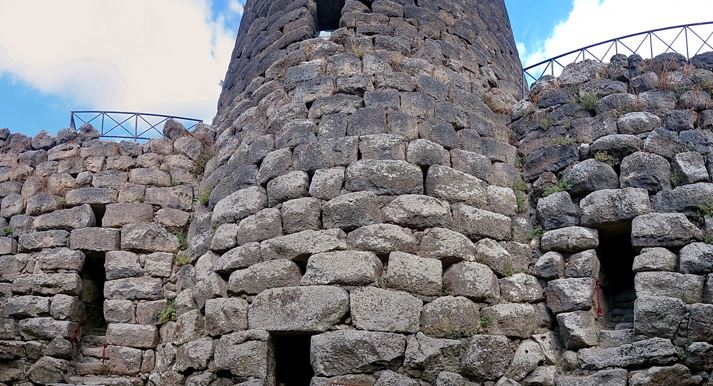 In terms of completeness the Anfiteatro Romano di Cagliari might be considered better preserved, but it is much more recent (by about nine centuries) and mostly a hillside anyway. At present it is closed to the public.

Not the answer you're looking for? Browse other questions tagged italy history ruins sardinia or ask your own question.

8
What to expect from the Ferrari Museum in Maranello
5
What unit of Euro coins/banknote does Rome use the most and what they don't accept normally?
44
What is the meaning of the swastikas at Ny Carlsberg Glyptotek museum in Copenhagen, Denmark?
13
What is the meaning of the NDK "underground" fountain in Sofia?
0
What's the most convenient way to visit the Duomo when driving past Milan?
4
What is this statue in Ancient Agora of Athens?
6
What is the Radroute bicycle path?
6
How reliable the public transport in Cagliari, Sardinia, Italia? Do they have contactless travel?
6
What is the abbreviation standard that the U.S. Customs and Border Protection's travel history is following for the locations?