Is that a strategy that airlines use to reduce the amount of complaints among the passengers, even though they don't plan to go faster? Or does it mean some aspect of the trip will actually be done faster (e.g., higher priority to land, faster speed, etc.)? Or does it mean the original arrival time had some margin? etc. 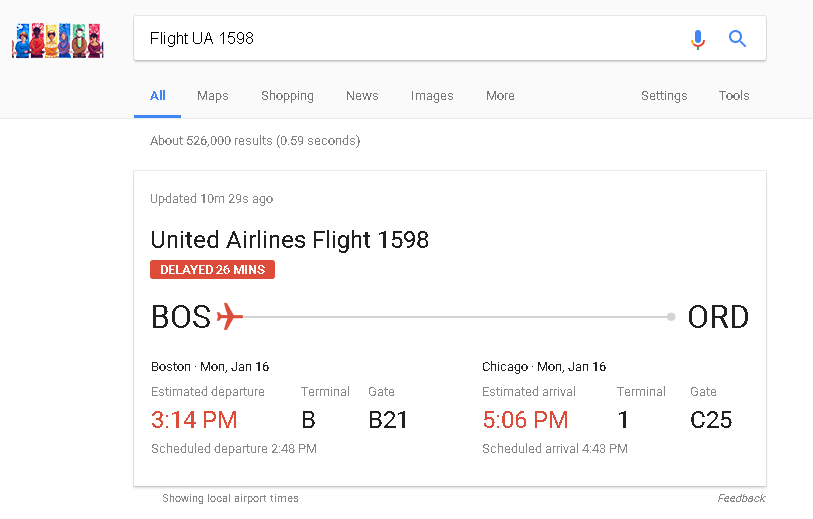 Flight schedules are often padded somewhat based on historical performance. Airlines know if a flight is delayed frequently and can adjust their schedule accordingly. As such, it's not uncommon for a flight to leave somewhat late and still arrive on time, or at least not as late as the departure delay alone would indicate. If the flight schedule represented only the best-case conditions, many flights would be delayed frequently. This, of course, means the flight may arrive early on days when all goes well, which passengers rarely complain about, but airlines hate, as it means aircraft are sitting idle, reducing profitability.

Airlines can adjust speed to a small extent, which helps make up a delay a little bit at the cost of fuel, and winds and route play a significant role in determining how long the flight will take. Better than average winds might help take a few minutes off a departure delay, for instance.

In particular, it's my experience that United added a fair amount of padding after spending a significant amount of time at the bottom of the on-time rankings, causing problems with significant delays and missed connections. As this blog post puts it:

American and Delta push their mainline and express flights at roughly the same rate (within a couple points), but not United. United had a mainline D0 of only 64.5 percent yet a regional D0 of 73.2 percent. At the same time, United mainline arrived within 14 minutes of schedule 87.3 percent of the time while Express was only at 82.1 percent. You all know why. United is padding the heck out of mainline with a B0 of 86.8 percent. Express, however, has a B0 of only 71.6 percent.

To strip away all the confusing terminology, many United flights leave late, but a much greater proportion arrive more-or-less on-time.

Put quite simply the pilot will fly faster to make up some of the lost time. Aircraft normally fly at a speed that is most fuel efficient, which is usually a bit slower than what the plane is capable of. When flights are delayed pilots will try to make up some of that time by flying faster, by perhaps asking for a more direct route. While flying faster means more fuel burned, the airline has to weigh that cost against possible costs involving delayed passengers missing connections.

While there can be other factors calculated in for the OP's sepcific example, generally pilots will try to make up some of the delayed time by flying a bit faster.

I do not know the airports but in some airports there are several options for runways.
If the planning department allowed for the longest taxi but the actual flight has a shorter taxi time, the times saved can be substantial.

In Amsterdam the difference is at least 10 minutes, in London Heathrow about the same. So a flight that is 20 minutes late can come in on time by just being lucky with runways.
This does not work on all airports though.

Practically every transportation company will schedule with a bit of leeway. They all know delays happen and sometimes for the most stupid of reasons — for an aeroplane, this could be unfavourable winds. But they might also consider travelling at 90 % or 95 % rather than 100 % of their highest possible speed to save fuel costs (remember that air resistance is a function of velocity squared).

Another effect could be that the schedule accounts for a little delay upon landing; i.e. the aeroplane has a few minutes leeway before their landing slot so they have a better chance of making it.

These effects can be put to use to make up delays a little bit. Within reason, they can increase speed a tad to gain a few extra minutes at the expense of extra fuel costs. And naturally, they could even end up with favourable winds giving them an additional edge.

Unless you ask the pilot and get an honest answer, you cannot be sure what exactly the cause was; whether it was fast handling, favourable winds or leeway in the schedule that made you gain three minutes.

I've been on a transatlanic flight (North America -> Europe) that was subject to a late departure. This was due to the plane arriving late (Europe -> North America) by about an hour due to a strong headwind. On the flight I was on, the wind was now a tailwind, and the flight made up most of the delay.

3
Do airlines or air traffic controllers intentionally try to have some flights land early?

32
What rights do passengers have when flights in the USA are delayed?
8
What "undocumented" benefits are there to being an "elite" frequent flyer?
2
Scheduled arrival time on FlightAware doesn't match the one from the carrier. Where should I check if I'm eligible for compensation before applying?
7
How exactly is the delay time calculated for the purposes of EU air travel compensation?
114
Norwegian refuses EU delay (4.7 hours) compensation because it turned out there was nothing wrong with the aircraft
4
EC261 compensation for a delay between 3 and 4 hours
1
EC 261/2004 Flight Delay Compensation (Reduction of 50%)