I am a Filipino and have just been refused a UK Standard Visitor visa. My husband is British and currently working as a groundworker. It is so frustrating because the officer stated that my husband doesn't have the funds to support me. They even said that they're not convinced that my husband and I have a genuine relationship! That is totally absurd.

What should we do next?

We are planning to go to the embassy next month to complain about the result. Appended is a scan of the refusal letter. 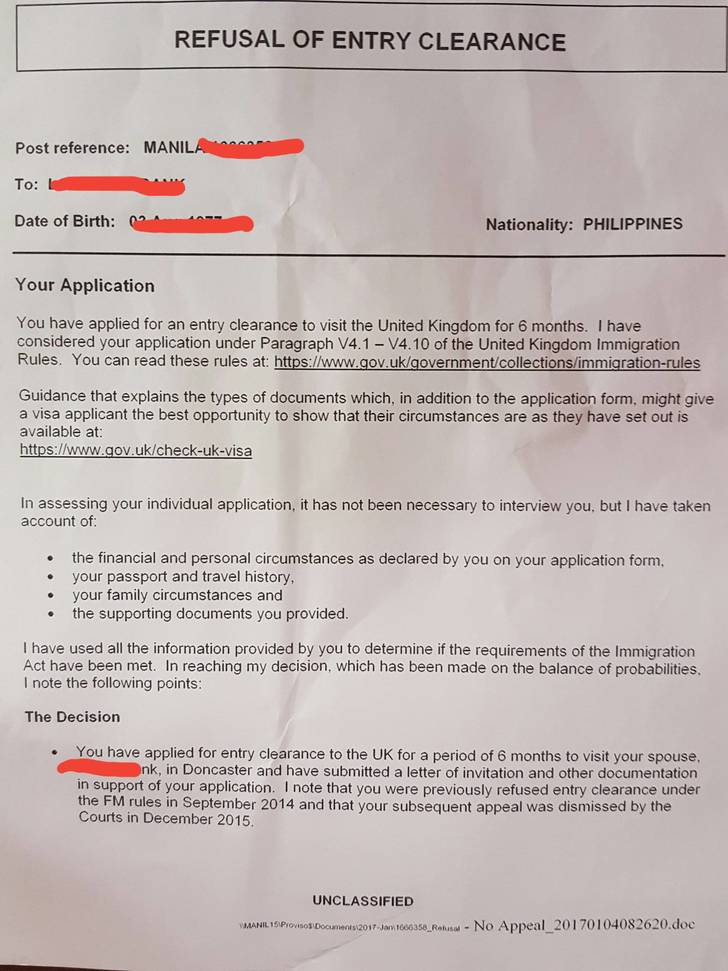 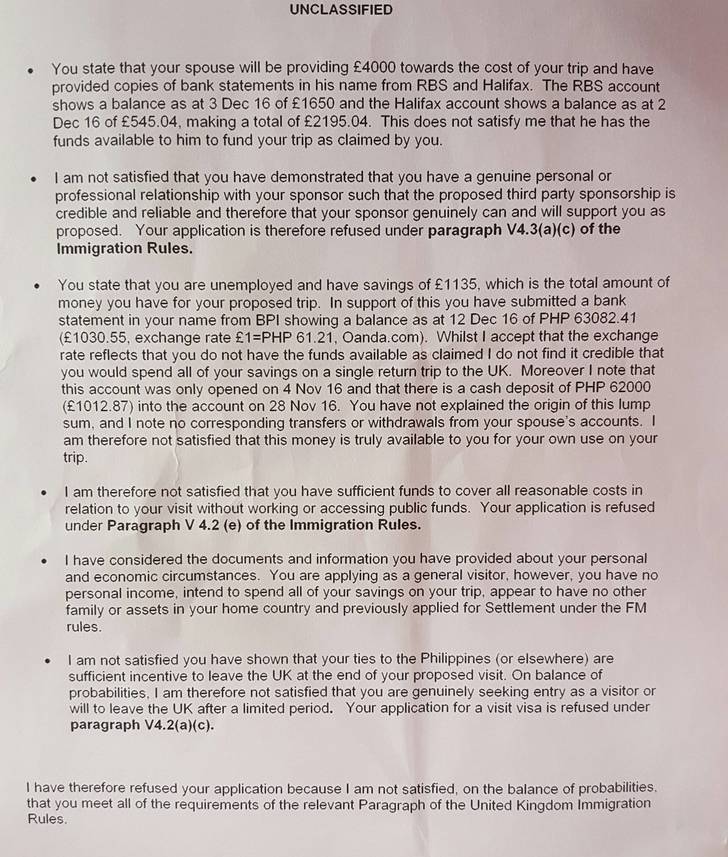 You are a Filipino national married to a Brit who lives in the UK. You applied for a Standard Visitor Visa under Appendix V of the rules and were refused.

Your application was in jeopardy from the beginning. The ECO tells us that you were refused a settlement visa under Appendix FM and your appeal was dismissed. From that point forward, they will have it in mind that you want to get in to the UK and then make an Article 8 claim to live there permanently. That's because the visitor visa will allow you to enter the UK without qualifying for a spouse visa and Article 8 will allow you to circumvent the hurdles in Appendix FM. They have the inclination to think that way because lots of people do it.

We don't know your intentions, but for sure they were thinking that you are not a genuine visitor.

It is so frustrating because the officer stated that my husband doesn't have the funds to support me.

The ECO saw two bank accounts and concluded it's not enough to bring a visitor to the UK given that the visitor will not be earning holiday pay and has scant resources to begin with. Given what's written it seems a fair assessment. No doubt the ECO was thinking that if your husband could not support you under Appendix FM, he would be unable to support you under Appendix V. On balance, that's a fair conclusion.

Additionally the ECO gave his standard proportionality argument, namely that genuine visitors do not deplete their entire household reserves in order to get here. Simply stated genuine visitors use a fraction of their reserves and have a way to replenish their reserves when they return home. While some people might have a premise for depleting their entire reserves for a visit, your evidence was not strong enough. Being unemployed was particularly unhelpful.

He/she is even saying that he's not convinced that my husband and I have a genuine relationship! That is totally absurd.

This is just icing on the cake. No doubt the ECO found something in your appeal paperwork or an assistant turned up something, or something like that. I wouldn't pay much attention to this because it pales in relation to the other refusal grounds. If you are legally married (and not a sham marriage) they are required to acknowledge it.

They got you on 4.2 (a) + (c), and when you see that combination it's an indication that they think you will go underground in the UK and possibly become reliant on public funds. Their reasoning is not about your relationship with your husband, a person doesn't have to be married to sponsor a visitor anyway. Their reasoning is more about your lack of binding to the Philippines and having access to someone in the UK who would gladly harbour you illegally. In addition to harbouring, the ECO is also aware of how those situations can lead to domestic violence.

We are planning to go to the Embassy next month to complain about the result.

You will have a better and more fulfilling time going to the amusement park or to the beach. ECO's have a mandate from the government to make the final decision on visitor visas. They will explain that the remedy is to make a fresh application (which in your case is a strategy I would not endorse). In other words it will be a waste of time. If you do go, you can print out this answer and show it to them as a way to explain why you think your refusal is unfair or extraordinary.

What should we do next?

Interestingly, they also got you on V 4.2 (e), which is a pretty serious hit. They didn't need to use that paragraph but they did anyway. It means even if you didn't have the credibility problems you would still face the lack of financial reserves to establish that you are a genuine visitor. Honestly, it looks like your application was misconceived, so whatever you do not, do not apply again without adequate representation.

Normally the prescription is to get a proper solicitor to represent future applications. Given your financial situation this is not a valid option. The internet is not going to be a lot of help either. You might consider approaching one of the advocacy groups that specialise in family/migrant situations. You can, for example, show your stuff to the Southall Black Sisters (who I like by the way) and see if they can refer you onward.

Background on the Manila Visa Section

The Manila Visa Section is thought to be a high performance unit, arguably the highest. They process applications for almost all of the far east. The assistants check everything, and the ECO's spend an average of 9 minutes on an application, almost twice the norm. 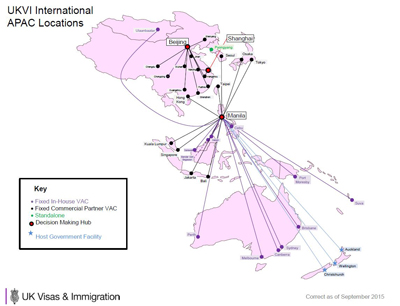 The Chief Inspector audited the family visitor visas processed by Manila in 2014. They got a relatively clean bill of health and even took on more spokes as a result. See "An Inspection of Family Visitor Visa Applications" for the complete report.

Not the answer you're looking for? Browse other questions tagged uk visa-refusals filipino-citizens or ask your own question.