Why are Damri bus stations elevated?

In Indonesia, certainly on Lombok and I think I also saw it on Bali, there is the Damri bus company. What appeared to me as rather odd, was that their bus stations had an elevated platform (around one meter) as you can see here: 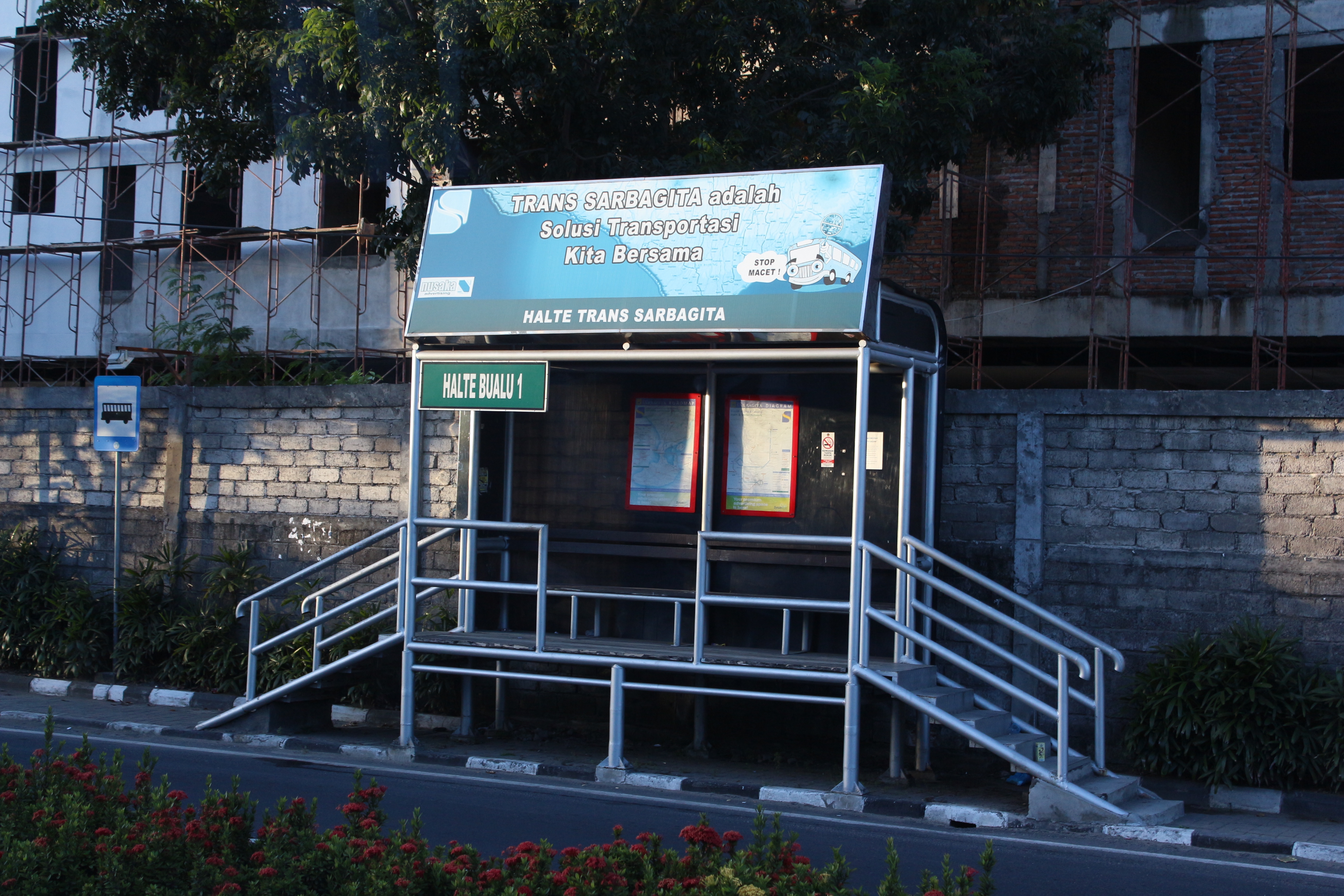 Consequently, the buses also had an elevated door.

This was rather surprising to me, given the additional cost of the stations and of the special buses and the norm in south-east asia that you can simply exit the bus wherever you want, not just on proper stations.

So, why do they do this? The only reason I can see is to prevent people from getting out in the middle of the road, but given that this is quite common in Indonesia I don't really see why they would have an interest to do so.

The platform and high-entry door provide what is called 'Platform Level Boarding'.

Platform level boarding refers to a transport system (normally relevant to buses) where the doors are at the same level as the platform the passenger is entering the bus from. The main advantage of such a system is that people can enter and exit the bus faster, as they do not need to spend time stepping up/down stairs on the bus.

Platform level boarding can be achieve in two ways - by having low doors and a relatively normal sized curb, or having high doors as in the system you've described, and having the platform to enter/exit the bus being at the same height. Low entries cause the loss of a significant amount of space within the bus due to the wheel arches, and can also leave the bus less able to handle road obstacle such as speed bumps or potholes.

When high entry doors are used, the busy stops will normally have a passenger platform level with the high doors - similar to what you would normally find at a train station. The bus will pull up to the stop, and the passengers will walk directly onto the bus.

In some implementations, less busy stops, like the one you've shown in the picture, will have a platform like you've shown, which is suitable given the lower volume of passengers loading and unloading. Some such systems will even have 2 different heights of doors - one of which is used for the high-volume stops (with an elevated platform), and the others similar to a normal bus (with steps) that are used at normal stops.

These types of buses are common as a part of a "Bus Rapid Transit" (BRT) system, where buses are used to provide the type of dedicated transport system that would normally be associated with rail-based transport - but without the need for as much custom infrastructure. BRT's will normally have specialized, dedicated stops (again, similar to train station) which makes managing the high doors more feasible than on a normal bus route.

In these types of systems, the time taken for passengers to load and unload needs to be kept to an absolute minimum. For example, at peak periods the Metrobus system in Istanbul, Turkey has a bus scheduled to leave the stations every 14 seconds (and even over the entire 24 hours of the day it's one every 28 seconds) - every fraction of a second loading passengers makes a difference! (That particular system uses low-level doors, which works due to it using dedicated roads - but the concept is the same)

It looks like this is for Bali's BRT system (and Lombok has one too under trial), which is modelled on Jakarta's TransJakarta (Tije), a pioneering busway service that aims to provide metro-like reliability, frequency and capacity using buses running on fully dedicated lanes: https://en.m.wikipedia.org/wiki/TransJakarta

One of the keys to doing this is that, unlike ordinary buses and bemos which can and do stop anywhere, Tije buses only stop at designated shelters (stations, really). Not only are these elevated, but they're usually in the road median, connected by pedestrian bridges (so people don't dash across the road and get flattened), and start the fare area so passengers are already ticketed and ready to go when the bus arrives.

Not the answer you're looking for? Browse other questions tagged buses indonesia lombok or ask your own question.

8
Are flights more dangerous than bus rides?
4
Where are the companies sailing from Lombok to Komodo?
10
Go from Lombok to Labuan Bajo by bus & ferry, how to?
22
Do bus stations have names in Latin letters in Tokyo
10
Where can I buy bus tickets for Indonesia?
10
Public transport or bus routes in Bali (Indonesia) beaches
0
Are there any dangers in Lombok that I should know about before?