Will I be allowed back in to UK despite a passport stamp as shown?

I am a Canadian who entered the UK a few weeks ago from Holland. I am an idiot and didn't really have much of a plan for how long/what I would be doing while in the UK. I didn't have a ticket out of the country. The Immigration officer questioned me a lot, asking me what my plan was. I told him I would be staying with a friend for about three weeks, and then I was planning on going home. He said he would still let me into the UK, but that I would have a special stamp in my passport that will flag up when I try to leave: 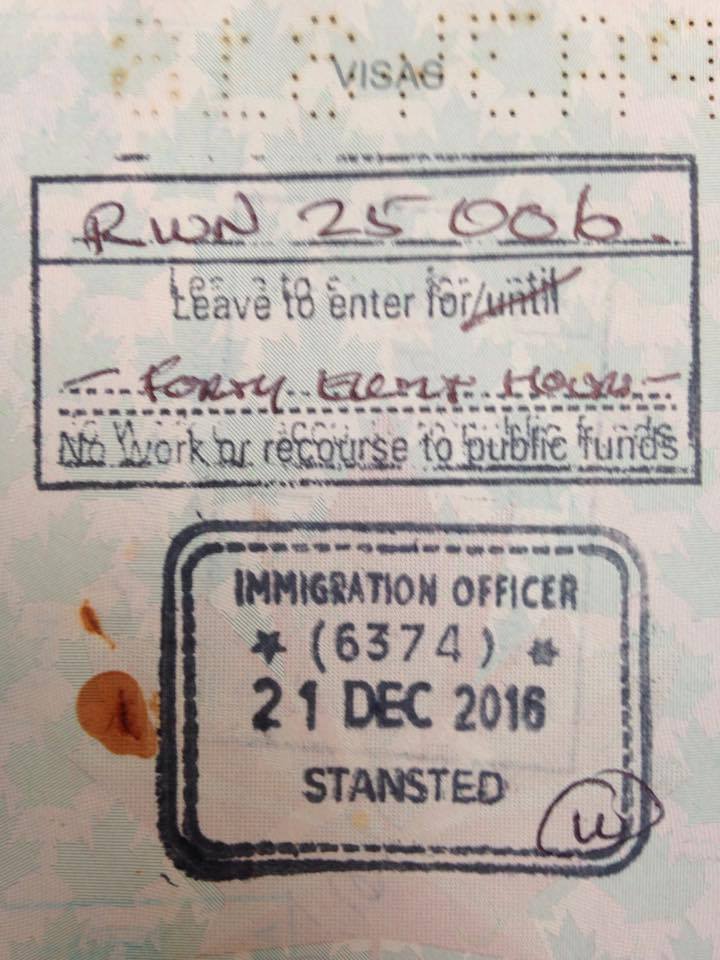 So I looked at my passport today and it seems like my passport says I can only stay in the UK for forty eight hours? The writing is a bit hard to see, but the officer never mentioned that I could only stay for that long. I'm a bit confused whether I am going to have problems when I try to leave.

I am trying to plan a weekend trip back to Holland, but I'm scared that when I try and leave they are not going to let me back into the UK. I plan on booking a ticket back to Canada.

I was hoping that this would make it okay for me to stay in England if I had proof of leaving.

I second Gayot Fow's advice to seek qualified advice from one of the places he mentions in comments -- but in case you can't get them to talk to you, here's what this random person on the internet has to say:

First off, cancel that weekend trip. The risk that you will be denied entry back to the UK when you try to enter again is significant; you might well be detained until they can put you on a flight back to Canada.

Second, don't panic. After your leave to enter expired on December 23, you are in principle not "legally present" anymore, but it appears that you do have a grace period of 90 days to leave on your own, barring further run-ins with the authorities. Leaving within this grace period will let you avoid an actual entry ban, though the overstay will still be on your record and may flag you for particularly tough questioning when you try to enter the UK in the future.

It is likely that this was what the IO had in mind when he acted like it was OK to you to stay for three weeks -- especially if we assume that you misheard him sightly and he actually meant that the short duration he put in will flag you up if you try to enter again, rather than when you leave.

Canadians, Australians, and Kiwis can enter the UK on a one-way ticket. I see this stamp was placed in a Canadian passport and I find this odd. Usually a Canadian wouldn't get a 48-hour restriction like this unless one had overstayed or broken the conditions of one's stay in the past. Short of having any criminal convictions, most Canadians would not get this restriction unless one was looking like a junkie.

Not the answer you're looking for? Browse other questions tagged uk customs-and-immigration overstaying canadian-citizens passport-stamps or ask your own question.

10
Overstaying Schengen Visa for 1 day
11
Returning after being removed from UK
9
When can I return to the Schengen area?
2
Leaving and Returning to the UK as a US citizen
4
Needing help understanding “Leave to enter for six months” on a UK passport stamp
60
How to correct a passport stamp in the UK?
1
I stayed 3 months over my period in schengen. Can I go back within a month with a new passport?
1
I have a one way ticket to Austria, will they send me back home?