I applied for a UK Standard Visitor visa early for my seven day trip from April 26th to May 3rd 2017. I applied four months in advance (on 23rd of December 2016) and received the result after four working days. It was a refusal due to: (picture attached)

My concern is that I did submit evidence about my educational status (Student verification from university, Absent leave letter from university - both are verified and translated into English) - but in the pack of documents they sent me back with my passport, I COULD NOT FIND THEM. I suspect there might be some mistake or maybe they took them out on purpose, but am for sure they were in my application when I submitted it at the visa centre.

FYI, my status is:

Can anyone give me advice: Should I apply or what kind of document should I provide them to make myself become more convincing?

Because I can't file an appeal there is almost no way for me to find out what happened with the papers from my university :( 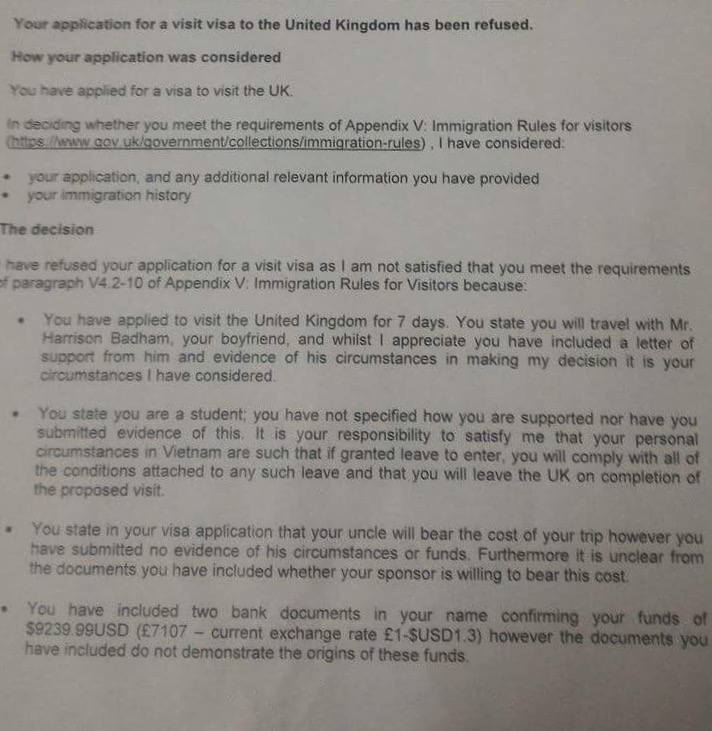 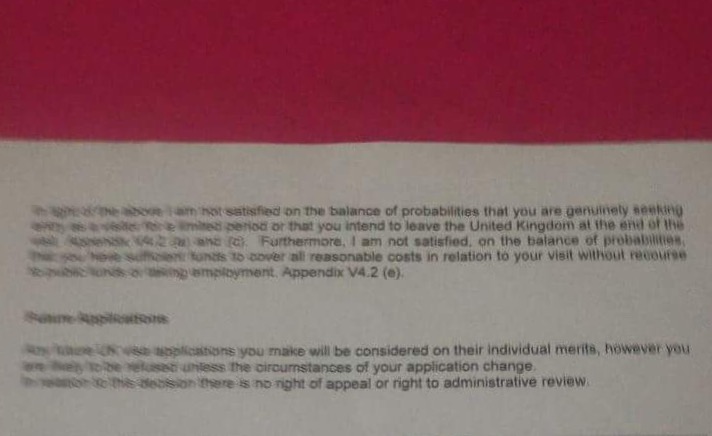 I am going to send a complaint to VFS centre took over my application via their website because it seems to be the only way to do it. Any advice on the complaint? 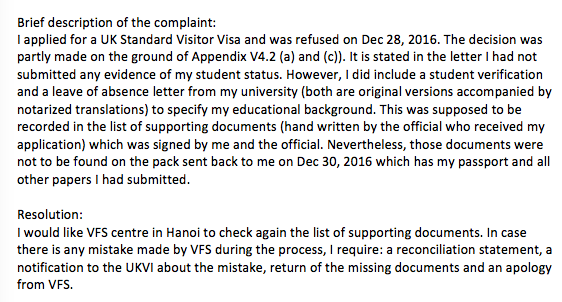 You have a refusal because the ECO did not appear to examine evidence that was favourable to you. When your bundle was returned, the relevant documents were missing.

Last February there was an advisory stating that VFS personnel in south Asia, (viz Pakistan and India) were removing evidence. I don't know if this is happening in Vietnam or not, but it's worth taking note of it. This was also discussed in chat several times. And I put a snippet into META about it. It reconstructs a question I raised when I took a course in Schengen earlier in 2016... 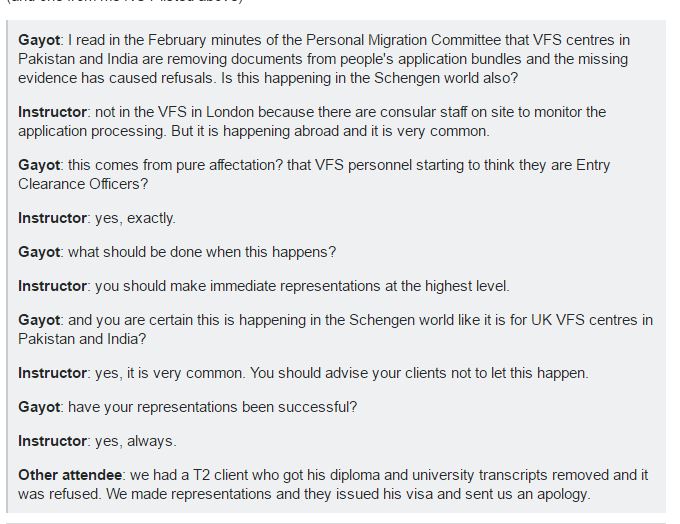 What this amalgamates to is that immediate representations are called for. The caveat is that while this has been observed for both India and Pakistan, there are no such observations for Vietnam at the moment.

If you think this has happened to you, then you should make urgent and emphatic representations; instructing a solicitor to handle it is the 'golden' solution, but nothing prevents an individual from engaging both the VFS and UKVI directly.

Also, they have a habit of not returning evidence that is photocopied or printed out from the net. So if your stuff was not originals this could also be the case. Also they will not return evidence that is forged or deceptive but hopefully this does not apply to you.

Not the answer you're looking for? Browse other questions tagged visa-refusals vietnamese-citizens standard-visitor-visas or ask your own question.

7
My girlfriend was refused a tourist visa
3
Why didn't the UK visa officer ask for financial documents?