Transit between ferries on Tenerife

I'm planning to take a ferry from Gran Canaria to Tenerife and then Tenerife to La Palma on 21 December. The ferry from Gran Canaria arrives at Tenerife 17:00, and the ferry to La Palma departs at 19:00. But: there is 80 km between the ferry terminals. Both ferries are operated by the ferry company Fred. Olsen and they sell the journey as a single entity. Does anyone know, or can anyone infer from their website, whether they offer a transit between the ferries to ensure connection? It's very tight (if at all possible) with regular scheduled buses (based on Google Maps information), so otherwise I'd need to take a taxi.

UPDATE 6 October 2012: In the new timetable, the ferry to La Palma departs at 20:00 rather than 19:00, whereas the ferry from Gran Canaria arrives at the same time. So travellers have three rather than two hours, which makes the usage of regular buses much more feasible.

Yes, there is. However, information on internet is quite poor, therefore I describe my own experiences here.

On 21 December 2012, I travelled from Gran Canaria airport via Las Palmas, Agaete, Santa Cruz de Tenerife and Los Cristianos to Santa Cruz de La Palma. The ferry company Fred Olsen operates many ferry-bus connections. I will describe my experiences below.

The airport bus from Gran Canaria has two stops in Las Palmas: San Telmo and Santa Catalina. Neither bus-stop is serviced by the ferry-bus, but rather the bus leaves from the Fred Olsen office close to El Corte Inglés, which is in turn close to the second and last bus-stop of the airport bus. Personally, I was in a hurry, and only just made it by running up the escalator, across the square and around a block, asking a few times for the way. In the ferry office, show your ferry reservation and you will get a ticket for the bus. The bus goes straigt to the Gran Canaria – Tenerife ferry. 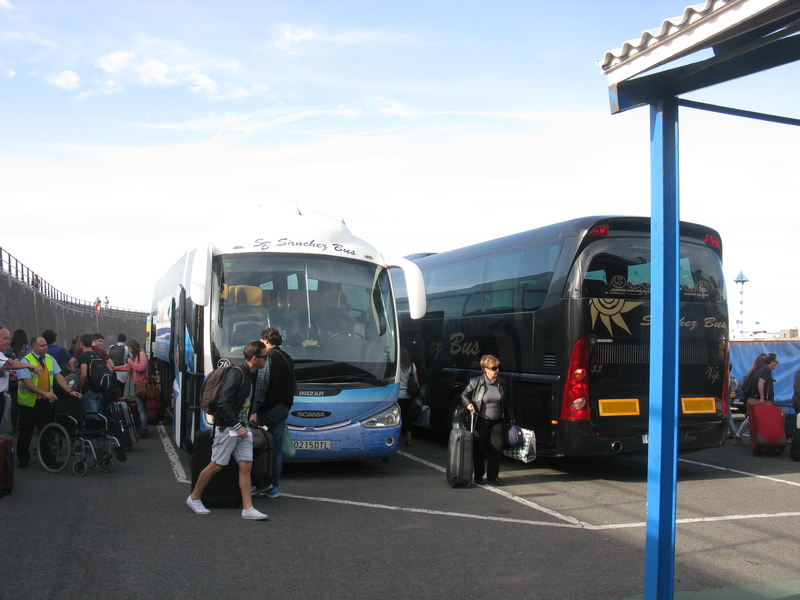 Upon arrival at Santa Cruz de Tenerife, there is a ferry-bus connecting with Los Cristianos departing 20 minutes after arrival of the ferry. The bus waits for a delayed ferry and the next ferry waits for a delayed bus. If you have a through-ticket Gran Canaria – La Palma (or La Gomera, or El Hierro), this connection is guaranteed. 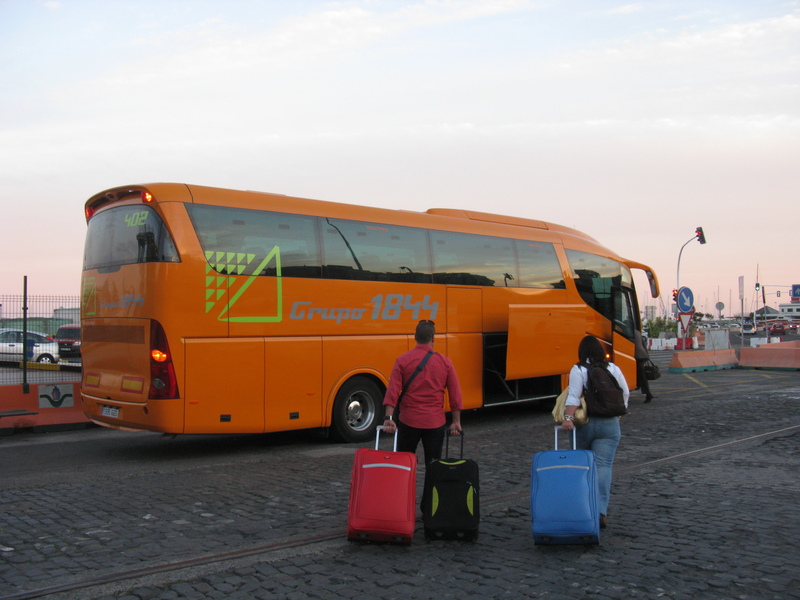 Ferry-bus at Santa Cruz de Tenerife, connecting with the ferry to La Palma. 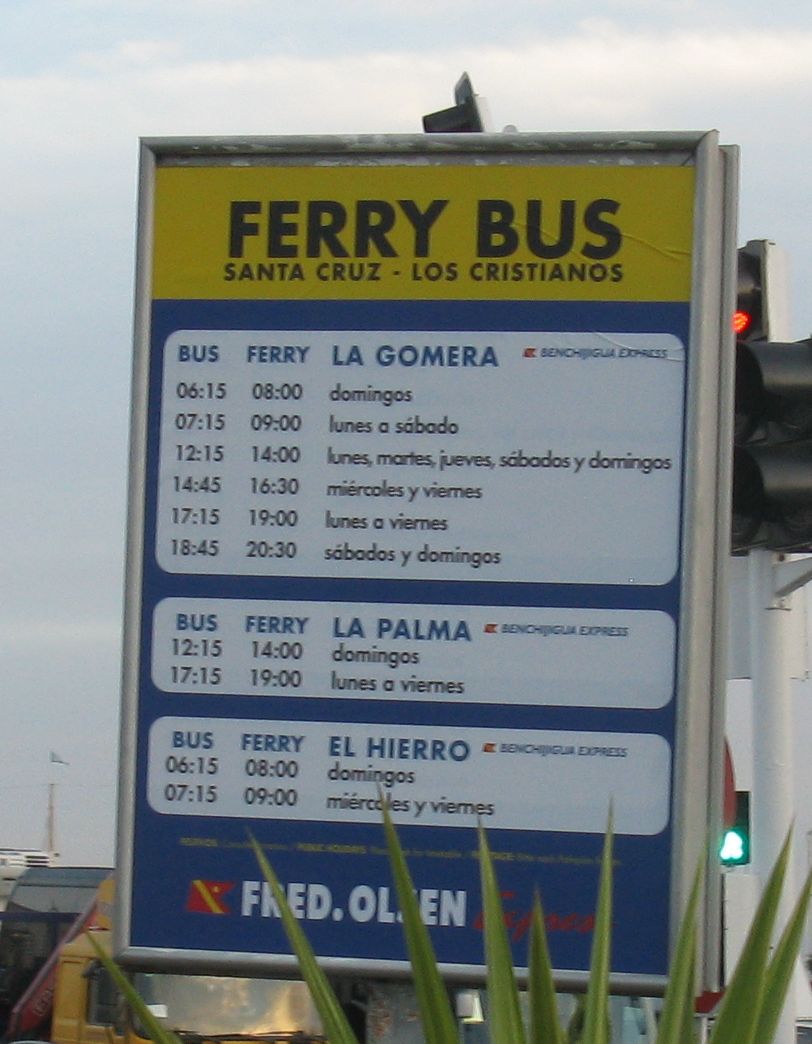 Photo of timetable of ferry-bus at Santa Cruz de Tenerife.

Not the answer you're looking for? Browse other questions tagged transit spain ferries canary-islands tenerife or ask your own question.

9
Tenerife South Airport to Las Palmas de Gran Canaria by public transport
4
Tenerife South Airport to Teide
4
Exporting Lava Stones from Tenerife within EU
5
Car rental Tenerife Sur (south) airport at 2am in the night?
12
Are there car rental companies in Tenerife which allow taking the car to neighboring islands?
4
Is one hour long enough to transfer between ferries on Paros?
5
Tree pollen counts in Tenerife
5
Ferries from Iceland to Portugal or Spain
1
Parking at Puerto de la Cruz, Tenerife
1
Ferry from Phuket to Koh Lipe