Reaching all of Canada's “land's end” spots - which ones are marked?

I have been to Cape Gaspé at the end of the Gaspésie peninsula.
When I got there, I was pleasantly surprised that the national park personnel set up a sign marking the land's end. It felt like reaching a particular landmark. 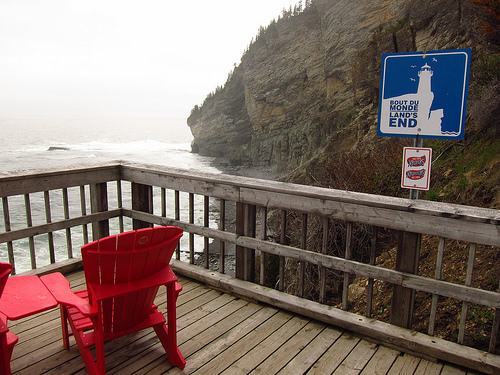 I am interested in reaching as many "land's ends" as possible and I was wondering if there are other such signs set up in Canada. I expect there could be some in Labrador, Newfoundland, British Columbia or in the northern territories.

So my question is, are there other such "land's ends" in Canada, marked by national park personnel?
Is there a list of these landmarks?

There are parks at at least two of Canada's extremities: Point Pelee (the southernmost point on the mainland) and Cape Spear (the easternmost point). There are signs on both pointing this out.

The absolute southernmost point is Middle Island, which is an uninhabited nature reserve.

The Westernmost point is Boundary Peak 187 in the Yukon. It is not part of a park, and is marked only by a surveyors marker.

The northernmost point is far into the arctic. I'm pretty sure there is no sign.

Not the answer you're looking for? Browse other questions tagged canada national-parks landmarks geography or ask your own question.

8
Which place(s) are the first to cross into New Year?
4
Which public parks or places accessible to tourists are on the Thousand Islands?
9
How different are US weigh stations for trucks than Canadian ones?