I'm following BA0213 from LHR-BOS as my wife is onboard and coming over for Xmas. Just noticed this unusual and strange flight pattern just off the British coastline.

Any idea why this would occur? 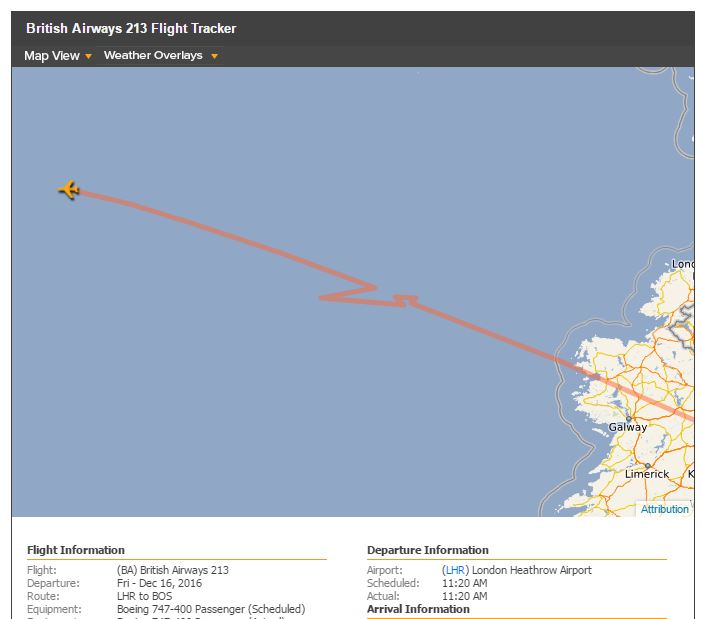 Don't rely on flight trackers, especially over the Atlantic, as they often have glitches which do not reflect the actual progress of the aircraft - its pretty much guaranteed that the aircraft did nothing more than fly straight and level during the supposed course change shown.

This isnt always the case, as aircraft can be asked to do a 360 degree turn to correct any spacing issues between them and the aircraft in-front of them. This may be the case in this particular flight, with the flight tracker recording that oddly from the ADS-B signals.

Its also worth noting that ADS-B receivers are extremely sparse over oceans, so after a certain point trackers solely rely on path prediction.

If it helps, FlightAware has something a little less "irregular" (turbulence perhaps?): 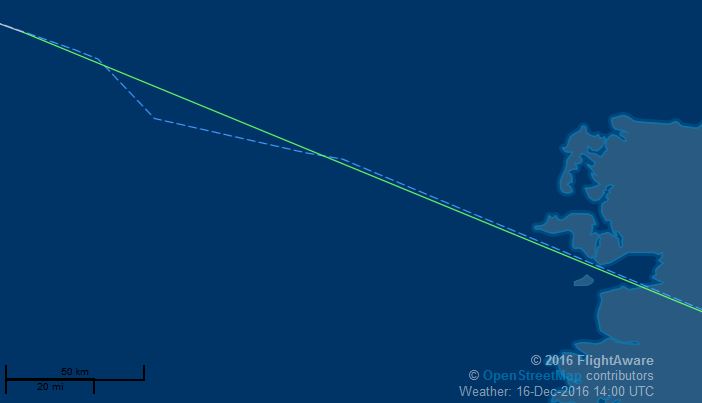 18
What are possible reasons for this strange flight pattern?

6
Long layover in London, time to visit Olympics?
10
Can you earn miles with different airlines for the same one flight, if they are part of the same loyalty program?
5
Advantage to flights on same/different airlines, when connecting across different tickets
8
Can you transfer from Ukraine International airlines to British Airways at Kiev-Boryspil without clearing immigration (only hand luggage)?
4
Buying a reward flight using Avios from Q points
0
Seat selection on british airways 787 flight
38
Why can't I take food from the plane when entering the US?
4
Online check in for connecting flight (different airlines)
8
Return leg flights cancelled, any requirement for the airline to pay for room & board?