Parcel shelves in small hire cars in the US

The last time I hired a small car in the US (I think I was meant to get a Ford Fiesta or similar, but got a Ford Focus), there was no parcel shelf to cover the trunk. This meant that I could never leave anything in the car while parked safely. I've never had a hire car in Europe where the trunk was visible through the windows!

Not sure what you expect to leave in the parked car's trunk that this feature would be necessary and where.

But the answer is yes it is common for hatchbacks in the US not to have one because a lot of people find it annoying and may have removed it themselves. Having said that. The 2017 Ford Focus the shelf like that may be an optional equipment but it is definitely available: 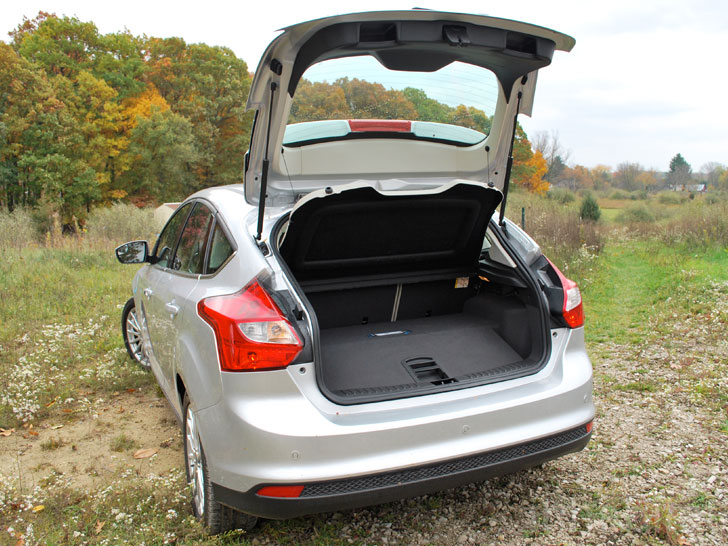 This happened to me too, in California. I had a lot of luggage, so I was rather annoyed -- stuff does get stolen from car boots, and two large suitcases can look very tempting to a thief. The car was pre-paid too, so I couldn't go elsewhere.

I complained, they said they had nothing else in my bracket, I said I can't drive around displaying my assets like that! In the end they offered me a decent discount on the next bracket up, which I accepted gratefully.

In short: I don't know if it's common, but it does happen. Those shelves are often ridiculously weak, and I expect they just throw them away if they get broken.

Not the answer you're looking for? Browse other questions tagged usa car-rentals luggage-storage or ask your own question.

5
Car hire out of NYC
6
Where do you collect hire cars at Noumea Tontouta airport?
4
Does anybody know car-hire small companies in Paris that accept debit cards?
3
Car rental insurance in US with Canadian hired car
3
Rental car insurance in Australia
3
Car rental in Israel without additional insurance
2
Do car hire companies in the USA generally allow you to pick up cars after hours?
1
Ireland, car hire & SCDW
3
No rental cars available even though the booking is confirmed