How to get to Battambang from Siem Reap?

I have found a route to Battambang from Siem Reap via Phnom Penh. Is that the only way? 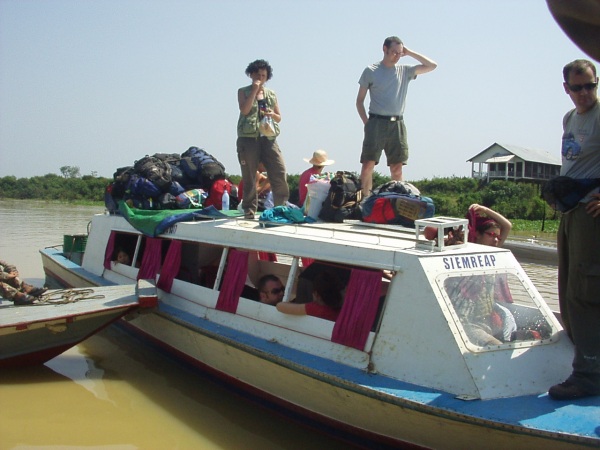 There are boats between Battambang and Siem Reap, they leave in the morning (around 7am) and take most of the day. You spend several hours on a small river where you can see tons of animals and birds, later you cross Tonle Sap Lake, the last part to Siem Riep is by jeep. It takes a while but its a great ride.

The fruit shakes in Battambang are spectacular, don't miss them.

Edit: I just noticed, that you want to go from Siem Riep to Battambang, not the other way. They boats run in both directions, so the information above still applies.

Yeah - the boats can't run in the dry season. You can get a taxi from about $30 (depends on your bargaining skills and what stage of the tourist season it is). There are also inter-city buses that run between the two starting at about $6. Prepare for a long and uncomfortable trip, with lots of stops. The taxi is worth every cent.

The taxi's default speed is fast - you can ask them to drive more slowly, which will add some time to your trip but might help your anxiety levels. You should tip them for this. Also if you make any stops - which I encourage.

There are also buses operating between Siem Reap and Battambang. They should take around 3 hours. I book it via my hostel (departure times were 8AM or 2PM). I am pretty sure every hotel/hostel can book this for you. Currently (9/2019) the price for a one way ticket is $9.

Not the answer you're looking for? Browse other questions tagged overland cambodia siem-reap or ask your own question.