Where is this building on a mountain in Planet Earth 2?

In the documentary Planet Earth 2, there is a view of a number of buildings on the peak of a mountain. The narration states:

Today, in the Alps, human encroachment is changing the highest of summits

but there is no additional information on the exact location. 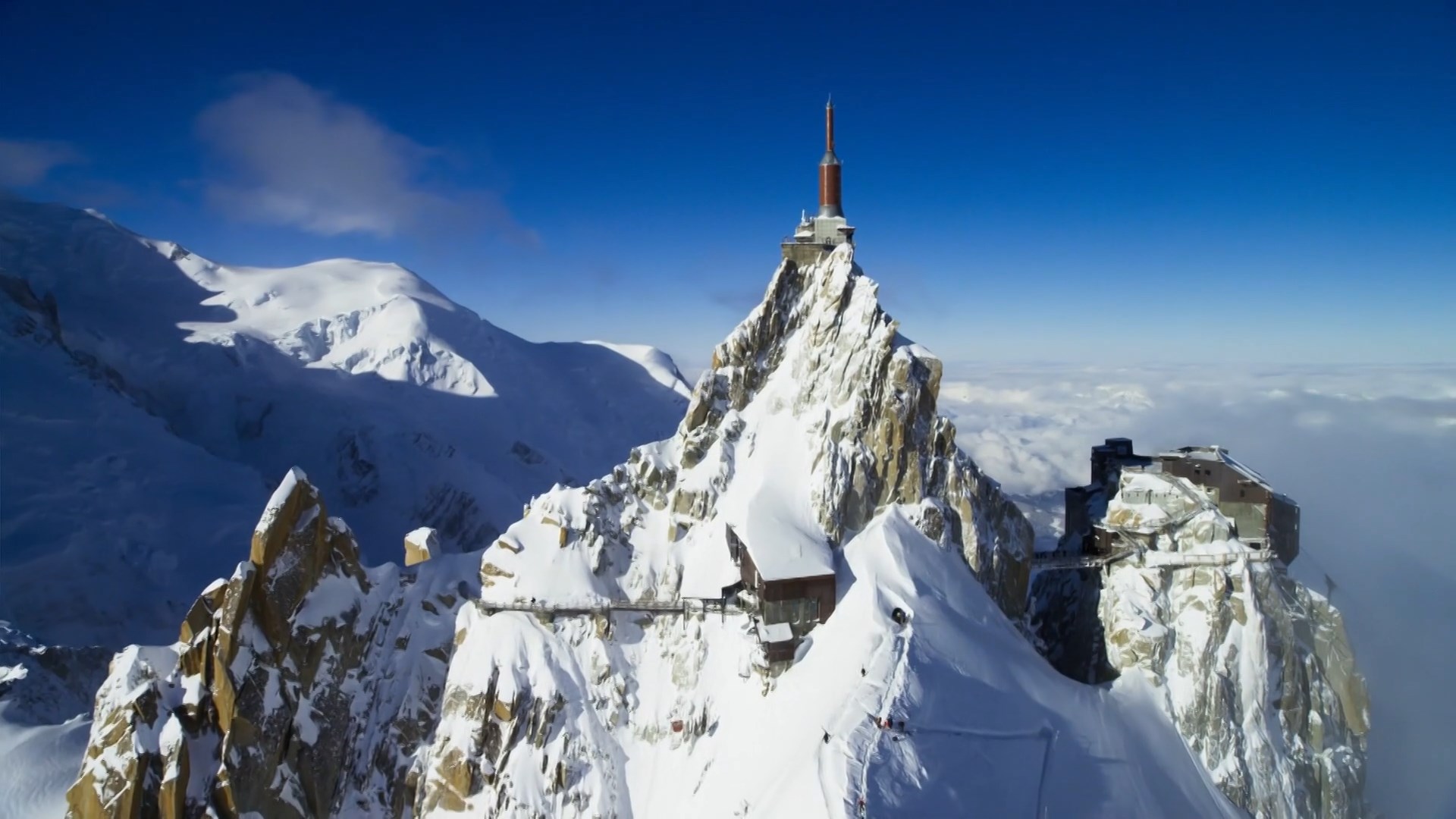 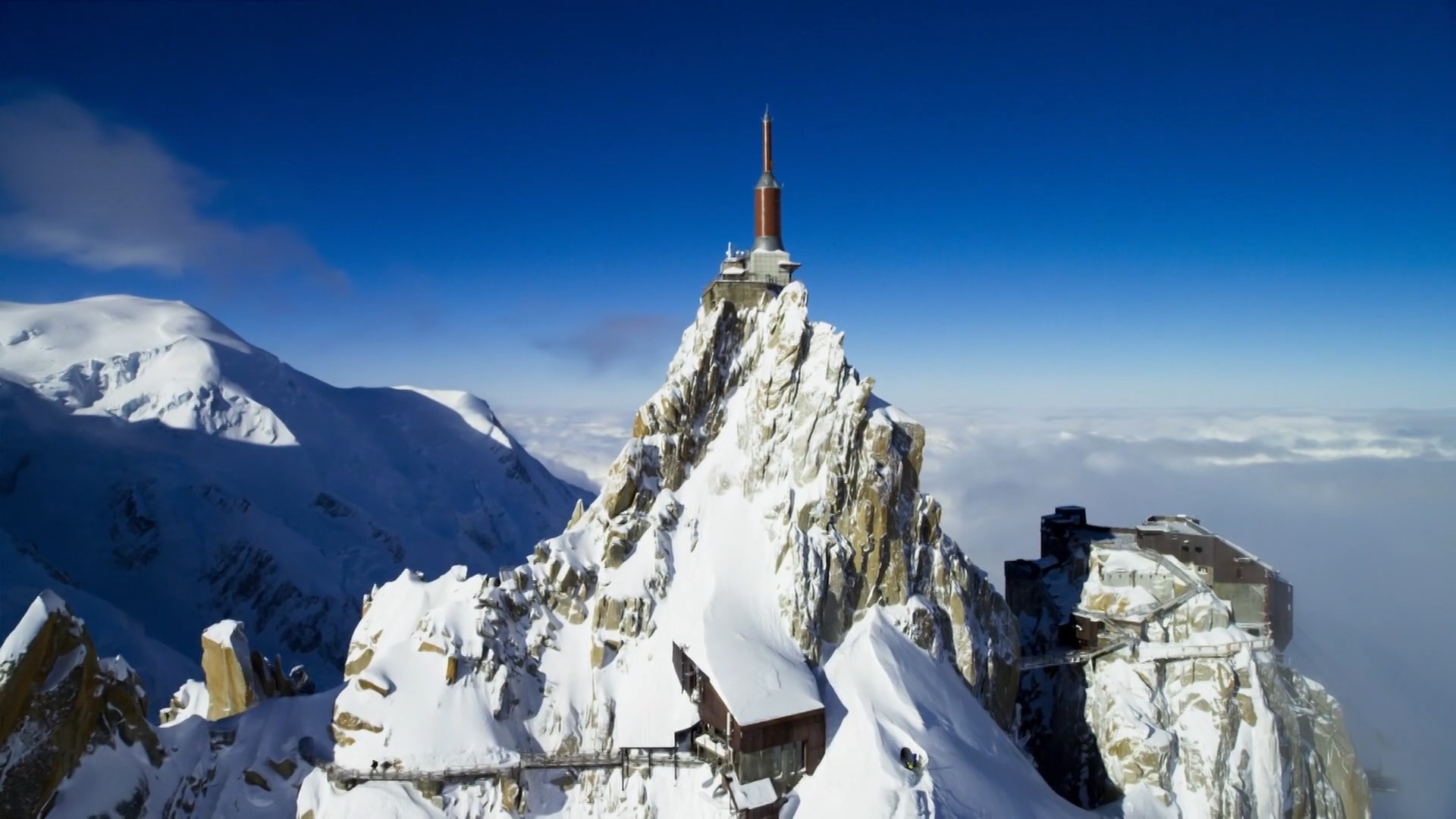 What is this building, and where is it located?

It is Aiguille du Midi station near to Mont Blanc, accessed from Chamonix in the French Alps, department Haute-Savoie. (See it on Google Maps) 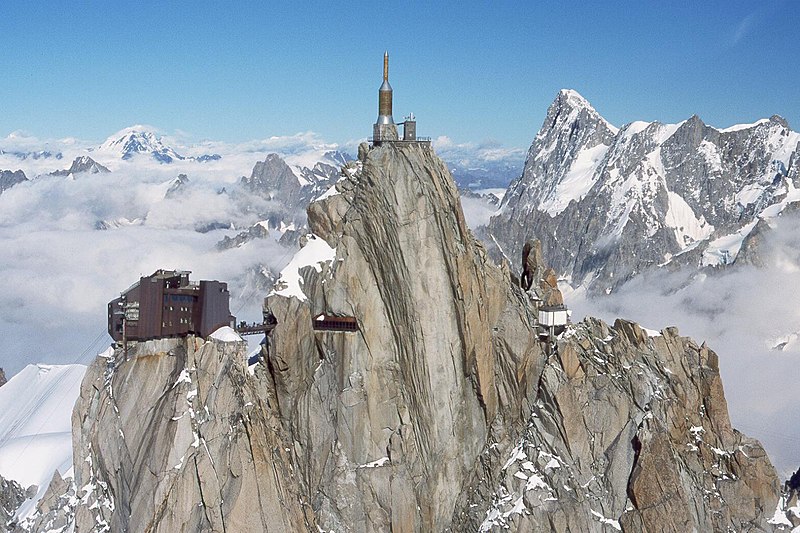 Photo from http://geo.hmg.inpg.fr/mto/jpegs/inventaire.html under CC-BY-SA

It's the top station of the Aiguille du Midi cable car, and also one of the two end points of the Panoramic Mont-Blanc gondola, which runs across the Vallee Blanche and in to Italy. It used as both a panoramic viewing point for tourists, and as a starting point for glacier hiking, parascending and climbing in summer, and skiing in winter.

There's also cafe and restaurant facilities, and normally some exhibitions within the building. There's also a half-way stop where one changes cable cars on the ascent with a cafe.

The large building on the right of your photo, left of mine, is the top point of the cable car that ascends from the Chamonix Valley. On your photo you can also see the foot access for skiers/hikers near the centre right of the photo, towards the bottom and next to the lower middle building. The station itself also includes considerable tunneling with the "Aiguille" (needle) of rock intself, as can be seen on this map of the station

Not the answer you're looking for? Browse other questions tagged where-on-earth identify-this architecture or ask your own question.