Are there plain clothes police patrols in Warsaw, or was I a victim of a scam?

I was walking along the river in Warsaw in the afternoon and was approached by two men who claimed to be police. They showed me ID, but I have no idea what Polish policja ID is supposed to look like, much less how to tell if it was fake. They said they were checking for illegal substances.

I was suspicious because they weren't wearing uniforms and was kind of expecting them to rob me. In hindsight, I guess I should have asked if we could do this somewhere official, but nerves. Anyway, they asked for my ID, and one guy searched my pockets while the other guy was apparently copying down info from my ID. Nothing obviously bad happened, though whoever it was has my name/address/birthday/etc.

So, are plainclothes illegal substance 'stop-and-frisk' patrols a thing in Warsaw? Or were these guys more likely data-mining or otherwise planning to rob me?

There are reports of much of what you describe as being a scam. FromWorld Nomads:

But not even A grade uniform recognition skills will help you with one con; thieves claiming to be plain-clothed policemen come to assist you. The "policemen" then ask to see your ID and credit cards and to be given PIN numbers. The fake police officer will then look through your wallet, giving it back to you saying everything is fine. He will be long gone by the time you realize some of your money is missing or credit cards are gone. No genuine law enforcement officer will ask you for your PIN.

While this may have been a scam and I'd follow Mark Mayo's answer to similar question about Spain, seems that in some cases Polish police are allowed to be on service while not wearing a uniform.

I've seen patrols like this and seems that looking for drugs may be one of the duties defined by the Chief Commander where they aren't obliged to wear uniforms, although I don't have any official source for that.

Yes, in Poland police can and do patrol in plain clothes, there will always be 2 of them, it can also be police and military, or police and local deputy (town guard).

Polish police can stop and frisk anyone, under any suspicion, tho they have to say what was it, and if you are not aggressive or if it would endanger them they can not show the badge (until proper car unit arrives). If you act normal they will show you the cross (badge) and police ID. (see below) They will be armed. Routine check consist of noting your Name, Occupation,Birth date and Birthplace checking of your ID, and if needed may contain asking what are you doing and why. If you feel unsure if they are indeed officers of police you can say that you want to confirm if they are ones and call the police to prove it. (they will either check if their id's match or send normal patrol to you)

The police will never keep your ID, they will never ask you for money, they will never take your passport. You can deny having them but it will result in longer questions - Names of parents and/or your ID number if you have one.

Refusal of cooperation is a minor offence so if you act like dick you may get a ticket. All tickets in Poland are paid thru banks. Nothing goes straight to policeman.

Jaywalking - anywhere there is not a zebra. but on minor streets you can cross at the end of it (if there is not a zebra within 100m). Turning right on red (if there is no green arrow) - that's for americans Crossing on Red - Even if there are no cars. Being laud. Being drunk - that can also get you arrested. Driving drunk - that will get you arrested. Drinking in public outside the bars. Drinking/Smoking underage. Being alone underage. Smoking near random people. Riding public transport without ticket. Littering. Looking Lost.

If you get checked without problems don't fear to ask them for directions or nice restaurant or anything. 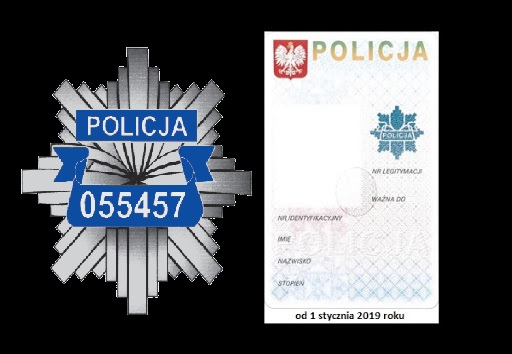 Not the answer you're looking for? Browse other questions tagged officials scams warsaw or ask your own question.

35
How to deal with the fake police scam in Spain?

17
Are there trains beween Tallinn, Riga and Warsaw?
10
What are police procedures in France when the victim is a traveler?