What's the temperature in TGVs?

I noticed that the French TGVs have no window that can be opened so the temperature is necessarily controlled with the air conditioning.

I am curious, is the air conditioning set to a specific temperature, cold like often in airplanes or a more ambient temperature? I'd like to figure if I should take an extra sweater for my trip. Is it the same temperature in winter and summer?

I could not find any official information on how exactly the air conditioning is set (standard temperature? change with the season?) but many people complain that it is too cold (e.g. on the SNCF forum). It's all very subjective but personally I find it OK. However, it is indeed usually on the colder side, even when the weather is good. I would therefore recommend having a sweater on hand, just in case.

There is no official temperature setting for TGV trains because this setting is accessible to the conductors which set it to whatever value they find reasonable before the start of the trip. Now, since those guys have to wear full suit uniforms, the temperature that is comfortable for them does not necessarily correspond to the value comfortable for passengers, especially in summer when everyone is wearing T-shirts.

Personally I find this temperature comfortable, but if you know you feel cold before other people do, take extra clothes on the trip.

From what I can understand from the TGV FAQ, the temperature tend to be on the colder side.

Morning trains will be colder or hotter (depending on the season) inn the morning as the heater and AC are turned off when the trains are not in use.

Approximately,and given the similarities (and that nowadays there's a barcelona-paris direct trip) , i'll base my response on the AVE, spanish TGV :

but yes, in general, and for the average person, it's cold. it's meant to be cold because it's better to keep people not sweating too much in a closed , plane-sized cabin without showers, for long streaks of time.

that black thing above the door is the data screen: 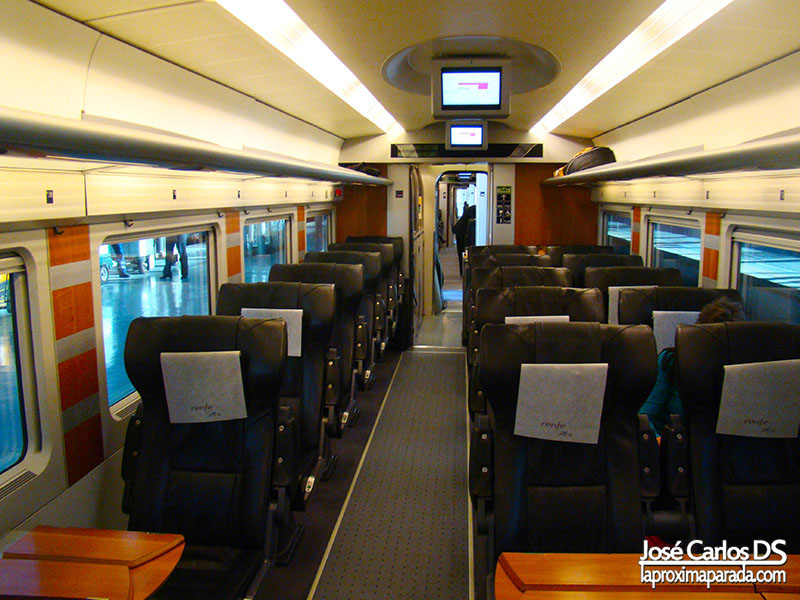 Firstly : Be grateful you cant open the windows at those speeds. The wind could really mess your hair....remove teeth...

Here is an article ( in French )

You can drop the link in to Google Translate and also discover why its quicker to learn a language than wait for Google to come up with a reliable translation engine.

Yes they ALL have aircon from super-sunny-hot South through the frigid High-Alps to the wet and clammy North. The conductor can change the settings. He/she may deny this because keeping a trainload of people happy is not a task for the timid.

Not the answer you're looking for? Browse other questions tagged trains france clothing or ask your own question.

6
What's the nearest train station to Mont Saint-Michel?
10
What's the cheapest way to travel from Paris to Madrid by train?
4
What's the cheapest public transportation option to get from Ventimiglia (in Italy) to Antibes?
3
What's the typical response time for a SNCF Réclamation en Ligne claim?
20
How to survive the heat in regions with very high temperature?
6
Food on the TGVs between France and Spain?
25
What's the typical microclimate in the aircraft passenger cabin?
4
Sheremetyevo (SVO) Airport transit zone temperature
8
Did TGVs have restaurant-style dining?