While transiting Boryspil airport yesterday, I was told by a (junior) border guard that they've stopped stamping EU passports altogether. 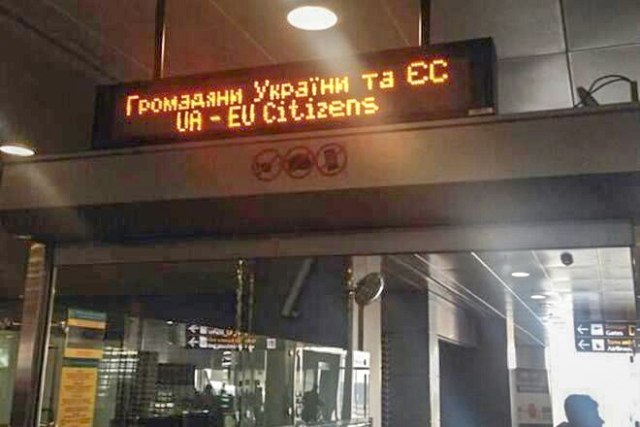 Does anyone have recent experience of this being the case?

I am aware that you can ask them not to stamp the passport if having filled out an optional migration card at home, which is then stamped instead. I was told, however, that you don't even have to fill it out as an EU citizen, and you will still not get a stamp by default

I travel though Boryspil quite a lot, sometimes I get a stamp, sometimes they ask if I need a stamp and I say no. Once or twice they seem to have forgotten to put a stamp. So seems a bit hit and miss.

I have not recently travelled to Ukraine so I cannot provide relevant personal experience, but there seems to be no formal policy of not stamping. The Border Service of the country still mentions an entry mark in the passport of foreign travellers.

The official translation of that is:

The registration at the check point includes putting a mark «Entry» to the passport, immigration card or other document of a foreigner or stateless person stipulated by a current legislation, and his passport datas are put into a special register.

So according to this official source, foreign passports should be marked upon entering the country. If the border guards decided to mostly abandon this practice for EU citizens, it is not particularly strange.

I just traveled to Ukraine in June 2017 and, in my experience, Immigration does still stamp passports.

Not the answer you're looking for? Browse other questions tagged customs-and-immigration airports passport-stamps ukraine kyiv or ask your own question.

9
Do Croatia, Serbia and Romania still stamp passports (travel from the EU)?
14
Left UK without passing through Immigration, why?
11
Is it possible to request a passport stamp when traveling between Schengen countries?
8
Can you transfer from Ukraine International airlines to British Airways at Kiev-Boryspil without clearing immigration (only hand luggage)?
31
Why do UK border officers question EEA nationals entering?
7
Does Sint Maarten place exit stamps in passports with no entry stamp?
8
Does South Korea stamp the passports of US citizens?
6
Are passports still stamped at Eilat-Ovda airport?
5
How to deal with racism at airport/airlines (Ukraine Airlines)?
11
Why does the US sometimes stamp its own citizens' passports?